Dua Lipa has announced a special online concert called Studio 2054 that will be "a night of music, mayhem, performance, theater, dance and much more," according to the announcement,"reality and fantasy exploding together to deliver a brand new multi-dimensional live experience".

The show will be streamed starting on Friday, Nov 27, via LiveNow.com, and is part of the American Express Unstaged series. The show will be broadcast globally in four separate, presumably geo-blocked streams.

Shot live in a massive warehouse location,Studio 2054 will find the singer moving through "custom built sets; surreal TV shows, roller discos, ecstatic raves, trashy hang outs, voguing ballrooms and diva style dressing rooms," the announcement continues, adding that she will be accompanied by a cast of musicians, dancers, skaters, aerialists and acrobats, as well as a "host of surprise superstar guests to deliver a euphoric blast of happiness and good times".

The concert follows Billie Eilish's Where Do We Go? The Livestream show last weekend, which was also a paid stream but upped the standard for such events, with powerful video graphics and strong virtual fan participation.

Studio 2054 will be streamed via LiveNow from Friday, Nov 27 at different times across global territories:

Standard tickets priced at US$11.99 (RM50) are available for a very limited time from Friday Oct 30th at 8am GMT onwards. Bundle tickets priced from US$27.50 (RM114) gets access to exclusive pre-show behind the scenes footage and an invite to the After Show Party with Dua in attendance and featuring guest DJs on the decks. – Reuters 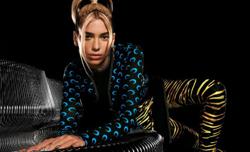