The first official trailer for Raya And The Last Dragon is here, and it gives an action-packed look at Disney's latest animated adventure.

Released on Wednesday morning, the trailer introduces Disney fans to Raya, voiced by Star Wars actor Kelly Marie Tran, an experienced warrior on the hunt for the last dragon in the fictional world of Kumandra.

The film is directed by Don Hall and Carlos Lopez Estrada, and it was written by Qui Nguyen and Malaysian-born Adele Lim.

Like any Disney main character, Raya is joined on her adventure with her trusty animal sidekick – Tuk Tuk, an adorable armadillo just as skilled at navigating ancient caves.

"My whole life, I trained to become a guardian of the Dragon Gem, but this world has changed. And its people are divided. Now, to restore peace, I must find the last dragon," Raya says in the trailer while fighting a masked assailant.

The world of Kumandra has been split into five regions with different clans of people, who once lived in harmony with dragons. However, evil monsters called the Druun invaded the world, and the dragons sacrificed themselves to save humanity.

Five hundred years later, the Druun are back, but one dragon was left behind in case the threat ever reappeared. During her journey, Raya finds the dragon in the form of an old woman named Sisu (voiced by Awkwafina), and the two must reclaim Sisu's dragon self and stop the Druun for good.

Raya And The Last Dragon was unveiled at the 2019 D23 Expo with actor Cassie Steele voicing Raya and Awkwafina portraying Sisu. In August, Tran took over the lead role from Steele. 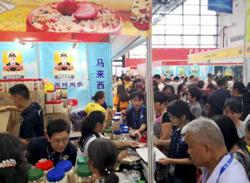