Cinemas across the United States and Europe may be shutting up shop due to the coronavirus pandemic, but Japan's box office has just had a record hit.

More than 3.4 million people - or almost 3% of Japan's entire population - put the risk of virus infection aside to turn up for the opening weekend of Demon Slayer: Kimetsu No Yaiba The Movie: Infinite Train, an animated film based on a hugely popular comic-book property.

The film took in a box office of ¥4.62bil(RM183mil) in the three days, the movie's distributor announced. That blew past estimates and more than doubled the previous record held by Frozen 2 (2019).

Cinemas were shut during the country's state of emergency earlier this year, and audiences have only slowly returned. While Japan still sees several hundred new coronavirus cases a day, that is a far cry from the tens of thousands being reported in the US and many European countries.

Telling the story of a young boy who becomes a demon fighter in Japan of the early 1900s, the comic book has sold over 100 million copies during its publication from 2016 to 2020. An animated TV series premiered in 2019.

Shares of Toho, the movie's distributor and the operator of Japan's second-largest theatre chain, reached a one-year high on Monday (Oct 19), while Edia, which makes paraphernalia based on the franchise, surged 13%.

Even the government's top spokesman, Chief Cabinet Secretary Katsunobu Kato, hailed the movie at his daily press conference on Tuesday.

"In the midst of the pandemic, the record box-office has contributed greatly to the movie industry," Kato told reporters, adding that he had watched some of the TV series recently.

"I try to keep an eye on what the people, particularly young people, are interested in," he said. "I myself have read all of Attack On Titan," another 100-million seller. – Bloomberg 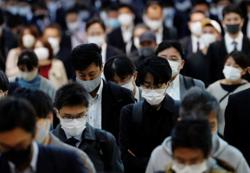 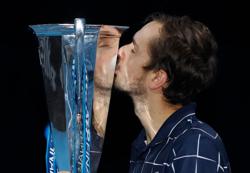