Due to the recent spike in Covid-19 cases, the Japanese Film Festival (JFF) has been postponed to January 2021, and got a new name in the process: JFF 2020 Plus One.

Tickets are sold at RM9.50 and can be purchased two days before the first day of screening in each region.

Additionally, the JFF Plus: Online Festival (Nov 20 to 29) will bring you a selection of titles from past film festivals, together with a few other films, that you can enjoy from the comfort of your home. Details will be announced in early November.

Updates at www.jfkl.org.my and www.gsc.com.my.

Cinemas in Malaysia have resumed operations – albeit with a reduced seating capacity – since July, after months of being temporarily shuttered during the movement control order (MCO) earlier this year.

But good news for fans of Japanese movies! The Japanese Film Festival (JFF) will be the first international film festival to be held at Golden Screen Cinemas (GSC) since the lockdown.

Organised by The Japan Foundation, Kuala Lumpur, the 17th edition of the JFF offers 10 films, including a compilation of four stop-motion animation shorts by Takeshi Yashiro.

All the other films are 2020 and 2019 releases, and are mainly comedies and dramas, with an animation film, an action flick and a musical included in the mix.

This includes One Summer Story, which will premiere in Malaysia before its 2021 release in Japan.

“The Japanese Film Festival this year will open with a film titled Talking The Pictures which is about katsuben-shi or katsuben, live narrators who explain the story of silent films and act out the various roles in the films.

"They were very popular about a hundred years ago, and with this film, we hope the audience will relish in and be reminded of the joy of watching a movie on a big screen, ” says Kyoko Kugai, cultural affairs department assistant head at The Japan Foundation, Kuala Lumpur. 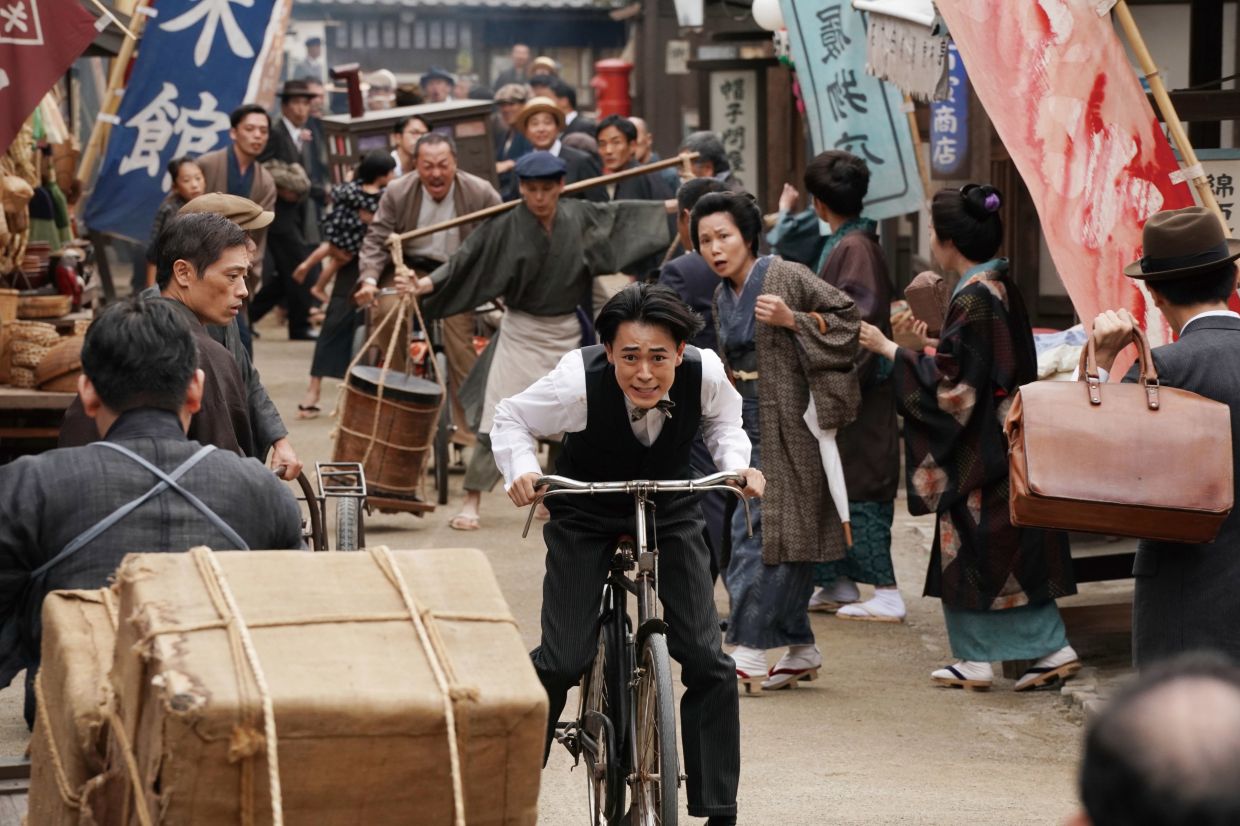 The protagonist in this film is played by Ryo Narita, one of the leading young actors in Japan today. Masayuki Suo of popular comedy Shall We Dance? directs.

The JFF in Malaysia has a huge following, with sold-out halls a common occurrence each year.

Some film enthusiasts even follow the JFF from one city to another.

“We sometimes see familiar faces in different cities. There is a man from Ipoh who catches half of the titles in KL and then the other half in Penang the following week every year.

"Another man who had been visiting JFF since the first year kept following the fest in JB when he moved back to his hometown, then came back to our KL screenings after he started living in KL again. It is so nice to see that JFF has become a little part of their lives after running for 16 years, ” shares Kugai.

In conjunction with the JFF, there will be a few short films produced remotely during the lockdown in Japan, that can be viewed on the Japan Foundation, Kuala Lumpur website.

“This will be shown together with an interview video of director Isao Yukisada, to showcase the effort by filmmakers who did not stop their creative activities despite this year’s challenging circumstances.

"It is a really tough time for everyone but we hope the audience will come back to the cinema and enjoy the JFF titles on the big screen!” says Kugai.

Tickets for the JFF are RM9.50 and can be purchased from tomorrow (Oct 8) here. For more information, visit www.jfkl.org.my.

All films will be presented in Japanese with English subtitles.

The Fable.There will be 10 films shown at the 17th Japanese Film Festival this year. Here is a look at four of them.

She is on the school swim team but there is something that Minami is missing in her life. She is determined that this summer break will change everything. What will she discover when she embarks on a search for her father?

He is an assassin feared by all in the underworld, who now has to go undercover as an unassuming guy who lives with his “sister” and a pet parakeet. But what does a law-abiding citizen do when trouble comes knocking at his door?

Shuntaro has always dreamt of being a benshi, a performer who provides live narration for silent films. Ten years later, he isn’t quite there: he works for a roving band of thieves but has not given up on his dream.

A compilation of four works by award-winning stop-motion animator Yashiro, featuring Norman the Snowman, a playful orphaned fox named Gon, and a squirrel and a boy who set out on a journey to release a moon caught in the branches of the tree. Want free tickets to the Japanese Film Festival? Get a copy of The Star today (Oct 7) for a coupon that can be redeemed at GSC Mid Valley, GSC Gurney Plaza or GSC Paradigm JB (e-payment collection counter) from noon onwards tomorrow (Oct 8) to get two complimentary passes, while stocks last.

The method of ticket distribution is at the sole discretion of the distributor and no correspondence will be entertained.

This pass can be exchanged for any movie shown during the film festival at participating GSC outlets.

In light of the recent spike in Covid-19 cases, the JFF has been postponed. The new dates are as follows:

Hold on to your passes; they can be redeemed for movie tickets to the JFF at a later date. For updates, visit www.jfkl.org.my or www.gsc.com.my.