By Unreguser and Gao Shan

Held from Sept. 2 to 12 and the first major film festival to reopen since COVID-19 hit, the 77th Venice Film Festival remains one of the top film festivals in the world.

Now with the Lion of her own on her mantle, Zhao is on a trajectory to success as a director to be reckoned with.

Zhao, a Beijing native who went to the United States when she was 15, became the first female director to take the festival's top prize since Sophia Coppola a decade ago.

"With the Venice win, Nomadland has moved into pole position for the 2021 Oscar race," said The Hollywood Reporter magazine.

"The win will be seen as a boost to the film's already much-fancied prospects in the upcoming, postponed Academy Awards season, where hopes are high for Zhao to become the first woman of color to land a best director nomination," Variety magazine agreed.

"Nomadland" is the third feature film from Zhao. "Songs My Brothers Taught Me," premiered at the 2015 Sundance Film Festival, is Zhao's debut feature film. Her second feature film, 2017's "The Rider," was critically acclaimed and received several leading accolades including nominations for Independent Spirit Award for Best Film and Best Director.

At the Independent Spirit Awards, Hollywood director and Award presenter, Ava DuVernay, introduced Zhao as, "A filmmaker with distinctive cinematic voice who I so admire," and applauded her for her uniqueness of vision and her groundbreaking approach to filmmaking.

"Her work shines so bright it burns my eyes," DuVernay praised.

In "Nomadland," Zhao revisits her favorite region - the rugged American West - a timeless, remote area she seems irresistibly drawn to.

Xinhua caught up with Chloe Zhao recently and asked about her deep relationship with the American West.

"This is the forgotten America, its heartland, and I want to make more films there," she said, revealing that she also formed a deep bond with the people she filmed.

McDormand tapped Zhao to write, direct and edit the project, for her nuanced understanding of the stoic characters of America's heartland, her breathtaking visuals of the American West, and her ability to draw authentic, evocative performances from talented professionals and non-professional's alike.

The New York times wrote of the closely knit, two-woman team, "McDormand, magnificently natural as Fern, and Chloe Zhao, the writer and director, are an ideal team. They deliver an illuminating, tough-minded portrait of older Americans displaced by society."

Zhao thanked Frances McDormand and other strong women in the world, "For being such good role models for all of us."

McDormand's character, Fern, asserts in the film, "I'm not homeless, I'm just houseless ... Not the same thing, right?" she tells a young neighbor after she loses her husband, her home, and all she'd possessed in the economic crash of 2008.

Falling through America's sketchy social services safety net, Fern compresses her life into a small RV and journeys across the American West earning just enough to sustain herself somewhere between freedom and a bone-tired and stoic acceptance of the savage blows that life has dealt her.

Zhao seems to identify with Fern, describing herself as not having "a strong sense of identity," and not feeling at home anywhere because she drifted around so much growing up.

"What I love about America is not necessarily the American Dream but the fact that there's so much spirit of fighting to continue to dream once the dreams are broken," she said.

When asked about her future plans, Zhao said though she has been heavily influenced by American and European cinema, she now also finds herself looking toward Asia.

"I would love to return to China one day to make films," she has said previously. "I've been away for too long, so I'll need to spend some time back home before I can come up with an idea."

Having been born in China and raised partially in America, Zhao feels that gives her a unique perspective and understanding of both cultures. "I hope I can bring the two worlds together," she told Xinhua. 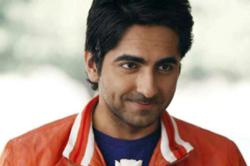 Portugal approves extension of COVID-19 emergency as Christmas approaches
WHO's Ryan says vaccines will not eliminate COVID on their own
WHO's Tedros says concerned about perception pandemic is over
War in Ethiopia's Tigray wrenches families apart
U.N. warns 2021 shaping up to be a humanitarian catastrophe
Former Malta PM says he had no indication of journalist murder plot
Islamic State shadow follows families as Iraq closes camps
Foreign exchange rate of euro to other currencies
China accounts for largest proportion of UK imports of goods in Q2: ONS
France's Macron calls for respect after comments by Turkish president