No, thank you: British actor Dev Patel not keen on becoming next James Bond 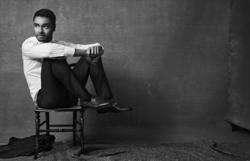 Landing the role British Secret Service agent, James Bond, also known as 007, would be the dream for many actors.

Not Dev Patel. The 30-year-old English actor said that he isn't interested in taking on the role as he doesn't want to be a "tokenistic" diversity hire.

Known for roles in films including Lion (2016) and The Best Exotic Marigold Hotel (2011), Dev has been a fan favourite to take on the Bond mantle - there's even an entire Reddit thread on why he would be the perfect choice

However, in an interview with IndieWire on Tuesday (August 25), he said his vote for the next James Bond goes to Idris Elba.

"I mean, you don't want me blasting through a door with a Walther PPK to try to save you. I'll do the comedy version with Armando," he joked, referring to filmmaker Armando Iannucci who recently cast him as the title character in his Charles Dickens adaptation of The Personal History of David Copperfield.

"I also don't want to be gifted a role, just because of the tokenistic nature of me being a garnish - 'Let's sprinkle some diversity into this!' That doesn't make me feel good either."

For Dev,"if it works for the story, and I feel like I can bring some truth out of this role or embody it well, then that's what it should come down to."

Current Bond Daniel Craig has been playing the role of the dashing spy since 2006's Casino Royale, taking over from Pierce Brosnan.

However, the 52-year-old actor says No Time To Die - slated for release in November - will be his fifth and final outing as the British spy.

While producers have kept mum on who the next 007 will be, speculation is rife that it may be given to a non-white actor for the first time. – The Straits Times/Asia News Network