South Korean child actor-turned-leading man Yeo Jin-goo is in no rush to get married or settle down despite confessing how he has been "single since birth" in his latest variety series foray House On Wheels.

In a video interview with regional media, the 22-year-old laughed when asked if he might consider his co-hosts Sung Dong-il and Kim Hee-won's suggestion that he go on a romance reality series to find love.

"It'll be fun perhaps, but I have no serious thoughts on that right now," he says.

Yeo, best known for last year's fantasy romance drama Hotel Del Luna, adds: "Thoughts of getting married and having kids hit me when I see people like Sung Dong-il being so happy with his beautiful family, but I have no detailed plans on how I want my future wife to be like or when I want to marry. It's still abstract to me."

Sung, 56, a well-known veteran of South Korean entertainment, has three children, while Kim, 49, is a bachelor.

Yeo says the two veteran actors were the biggest factor in his decision to appear in House On Wheels. The travel variety series follows the three hosts and their guests on countryside trips in a tiny portable house with only their essential belongings. The star says: "I've always known them to be fun, humorous people who can also be quite mischievous. They're my seniors in acting and life and have given me a lot of advice on how to nurture myself in life and at work."

Working with Kim was an added benefit too as he had experience driving large vehicles, to successfully take their portable house on the road.

Yeo says: "I wanted to do it, but managing the speed and turning corners is quite difficult and I'm aware of the risks, so I let Kim do most of the driving."

The outdoor show has also made Yeo's lifestyle more "green" as the cast aim to leave no trace behind when they park their house in scenic natural surroundings – by practising recycling and upcycling.

And the show is a chance for Yeo to flaunt his enthusiasm for cooking.

He says: "I love cooking. If there's a dish I want to try, I won't be afraid of giving it a shot.

"A lot of the recipes I've attempted come from YouTube. It has detailed instructions and I just try to follow as close as I can."

Speaking of his 27-year-old co-star, he says: "She was just being herself like always. She's natural, genuine and authentic."

Despite being a cast member in the first season of cooking reality series 4 Wheeled Restaurant (2018), variety series are still relatively new to Yeo, who made his acting debut when he was eight.

He adds: "I spend more time thinking about whether I should join a variety show because I get nervous showing my true self.

"What if viewers don't like watching Yeo Jin-goo as himself? But variety can have a lot of unexpected moments, which are interesting too." – The Straits Times/Asia News Network 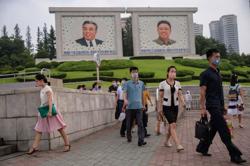