Among the survivors in the post-apocalyptic Korea in 'Peninsula', as portrayed by Lee Ye-won, Kwon Hae-hyo and Lee Re. Photos: GSC Movies

The follow-up to the 2016 hit Train To Busan had already recorded the biggest sneak preview number for a Korean movie in Malaysia, accumulating RM520,000 on July 15.

The figures are a good indication that Malaysians are eager to get back to watching films in cinemas.

Peninsula is the first new blockbuster to be screened in multiplexes in Malaysia since cinemas reopened on July 1 after being shuttered due to the coronavirus pandemic since the enforcement of Movement Control Order on March 18.

The film headlined by Gang Dong-wan and Lee Jung-hyun is also attracting audiences in other parts of Asia.

In that report, it said that Peninsula has sold more than 1.8 million tickets in Korea since opening on July 15. The news outlet predicted that Peninsula will soon outperform #Alive, starring Yoo Ah-in, which opened on June 24 and had attracted 1.85 million moviegoers as of July 19.

Peninsula is scheduled to open in 180 countries including Vietnam on July 24; New Zealand on Aug 6; Finland, Sweden, Norway and North America on Aug 7; and Australia, Russia, India and the Philippines in late August.

The story of Peninsula takes place four years after the events in Train To Busan when a zombie outbreak is shown on a train going from Seoul to Busan. In Peninsula, the Korean Peninsula is overrun with nasty zombies.

According to a press release from the film's distributor GSC Movies, director Yeon has added something special for Malaysian fans towards the end of the movie. 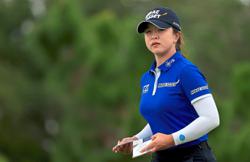