Blackpink's 'How You Like That' video recorded 86.3 million views on YouTube in the first 24 hours of release. Photo: Handout

When Blackpink released a music video for its new song How You Like That, the all-female K-pop group quickly found out that something some of its international fans don’t like is having Hindu deities portrayed in a pop music context.

The fans’ uprising on social media got results, as the offending image was quietly edited out of the video June 30, although the scissoring wasn’t widely recognised until this week. Some are still demanding an apology.

The original video, featuring Blackpink’s Jennie, Jisoo, Lisa and Rose, included a statue of the Hindu deity Ganesha. The elephant-headed god flashed in the background, while the group’s rapper Lisa performed on a velvet throne.

The Hindu god was onscreen for seconds, but the glimpse of Ganesha in the video was enough for many fans, especially in India, to express their discomfort. The group was accused of cultural appropriation, of using a sacred object as a prop and of disrespecting it by placing it on the floor.

Wrote a fan from Delhi: “No hate to the artistes but our Hindu religion and Gods aren’t a toy/prop/aesthetic for pop culture music videos to use and this isn’t even the first time Hindu and Desi culture is disrespected!”

This post ignited a petition signed by over 4,500 fans demanding YG Entertainment, the group’s agency, to “take down or issue a public apology for insulting Hindu culture". The agency was also bombarded by emails, some of which followed a fan-made template.

Four days after its release, YG Entertainment uploaded a new version of the video without the deity. “It was immediately edited when we became aware of it,” said a YG representative to the New York Times.

While the controversial scene has been removed, Tanyi Iver, who started the petition, still demands YG Entertainment an apology for “(making) fun of (Hindu) culture and (Hindu) dance forms.” The agency has yet to release a formal statement. – Reuters 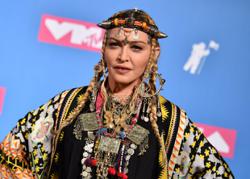