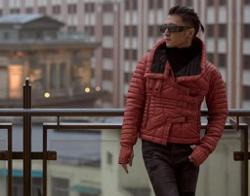 Hong Kong professional basketball player Kochun Tse will be making the leap from shooting hoops in a basketball court to hitting high notes on a concert stage.

Tse, 27, will be making his singing debut by conducting his first online charity concert on July 8 at 9pm on Facebook and Instagram.

He will also be releasing his first single Mid-summer Diary (Jung Ha Yat Gei in Cantonese) on the same day.

“Making this transformation from a basketballer who dabbles in acting to a full-fledged singing career, is a huge breakthrough in my life, ” said Tse, who encountered many obstacles while shooting the music video for his new song.

“This concert is a major challenge for me, but I will do my best, ” Tse wrote on his Facebook about making his music debut with a live show.

The sportsman, whose real name is Andrew Tse Sit Chun, began his basketball career at the age of 16 when he joined the Nike League. Then he started playing for Hong Kong Junior Basketball League before moving on to play for Macau Wolf Warriors (formerly known as Zhuhai Wolf Warriors).

The dashing 1.95m star started acting in 2013 with a few cameos in TV dramas and went on to snag supporting roles in movies like Donnie Yen’s action-packed Big Brother (2018) and the Pang Ho Cheung-produced coming-of-age flick Lazy Hazy Crazy (2015).