Was it the camera angle or has portly actor-director Sammo Hung lost a tremendous amount of weight?

Earlier this week, Hong Kong actor-singer Alan Tam, 69, posted on Weibo two photos of him having lunch with Hung, 68, and two unnamed friends.

Tam, who was a member of 1970s Cantopop band The Wynners, wrote: "Brother Hung personally cooked some of his specialities this afternoon. They are really delicious."

While both looked cheerful in the photos, many netizens noted that Hung, who said in 2016 that his weight was 108kg, appeared thinner in the first shot. Some netizens said that they almost could not recognise him while others asked if he had gone on a diet.

There were also remarks that Hung, who is a year younger than the singer, looked older than Tam.

Some netizens, however, reckoned it must been an unflattering camera angle because Hung looked better in the second photo.

The action star and stunt choreographer went for a knee operation in 2017 and has been seen in public on a wheelchair or on crutches several times.

The God Of War (2017) actor was formerly one of the Seven Little Fortunes, a troupe comprising Hung, Jackie Chan, Corey Yuen and four others who went to a Peking Opera school and became action heavyweights in the Hong Kong film industry.

Hung himself disclosed that he has suffered several minor and major injuries during his long career, saying in a 2007 interview that he has fractured his arms seven times and his legs three times.

Amid the concerns for Hung, his daughter-in-law, former actress Janet Chow, told the Hong Kong media that he is in good health and that he has lost weight due to a healthy diet. – By Lim Ruey Yan/The Straits Times/Asia News Network 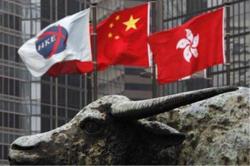 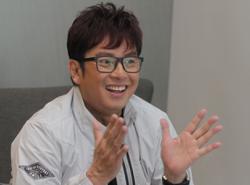