Emmy winner Tony Shalhoub reprised his role as germophobe Adrian Monk for a web series – before breaking the fourth wall to reveal he had Covid-19.

On Monday’s premiere episode of Peacock’s The At-Home Variety Show, Shalhoub got back into his Monk character to offer a glimpse of what the San Francisco detective has been up to amid the coronavirus crisis.

Monk’s quarantine activities include vigorously washing his hands, cleaning surfaces, wearing surgical gloves on his hands – and feet – and putting his produce in the dishwasher, among other extreme sanitation measures resulting from his obsessive-compulsive disorder.

Standing at a distance during a videoconference call, he asks colleagues Natalie Teeger (Traylor Howard), Capt. Stottlemeyer (Ted Levine) and Randy Disher (Jason Gray-Stanford) if they “have any extra hand sanitiser?”

Later in the video, Shalhoub drops the Monk act, addressing viewers as himself directly to the camera, with a fluffy pup at his side.

“I hope you’re all being careful and following the protocol. We really are all Monk now, ” he says. “Last month, my wife, Brooke, and I came down with the virus, and it was a pretty rough few weeks. But we realise that so many other people have and had it a lot worse.”

After announcing his recovery, the actor celebrated the contributions of health care workers and first responders by walking out to his balcony to cheer them on.

“Time to go out and show our appreciation to all the heroes, ” he says. “Let’s go. Stay safe and stay sane.”

Shalhoub and his wife, actress Brooke Adams, are the latest of many Hollywood stars to go public with Covid-19 diagnoses. Others who have contracted the respiratory illness include Tom Hanks, Rita Wilson, Idris Elba, Daniel Dae Kim, Andy Cohen, Ali Wentworth and more.

Hosted by Family Guy mastermind Seth MacFarlane, The At-Home Variety Show is NBCUniversal’s way of showing support “by trotting out some of its biggest stars” for coronavirus relief.

“Remember how pissed everyone was about the Gal Gadot Imagine video?” MacFarlane says in the intro, referencing the Wonder Woman star’s ill-received attempt to lift spirits with some celebrity karaoke. “Well, we thought it would be a good idea to do that five nights a week for a whole month with lesser-known celebrities.” 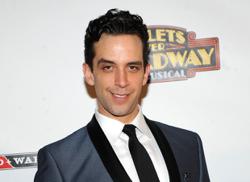 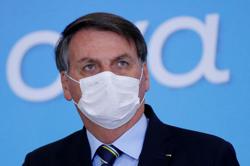 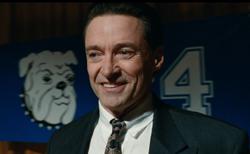