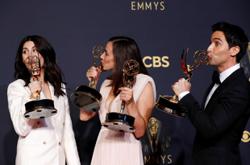 New documentary 'Beastie Boys Story' gives us a very personal view of the band from its two surviving members, from its early punk rock roots to its transformation to rap stars and legends. Photo: Apple TV+

But there I was last week, sitting at home in front of my laptop, waiting for the two surviving members of the Beastie Boys, Michael “Mike D” Diamond and Adam “Ad-Rock” Horovitz, and director Spike Jonze (another person I never expected to be speaking to) to come on the Zoom group interview to talk about their Apple TV+ documentary film, Beastie Boys Story.

I expected a boring, video conference of talking heads and serious answers.

What we got was a half hour of entertaining banter between the two remaining ex-members of one of rap music’s most enigmatic bands, and the legendary director who told their story in more ways than one.

In between fielding questions with journalists from all over the world, we got Diamond talking about hearing a Beastie Boys song at his kid’s paediatricians office, and Horovitz talking about his pumpkin patch, while showing old pictures of himself to Jonze, presumably for a project they are working on.

“Is that Leonardo DiCaprio?... you’re cooler than I thought you were, ” Jonze quipped at one.

“Nah, it was at, like, a photo booth in Japan that you could get your picture with anybody, ” Horovitz admitted.

The camaraderie between the three friends was apparent throughout the interview, a vibe that is consistent to the one we get on Beastie Boys Story, a two-hour long documentary about the early days of the band. 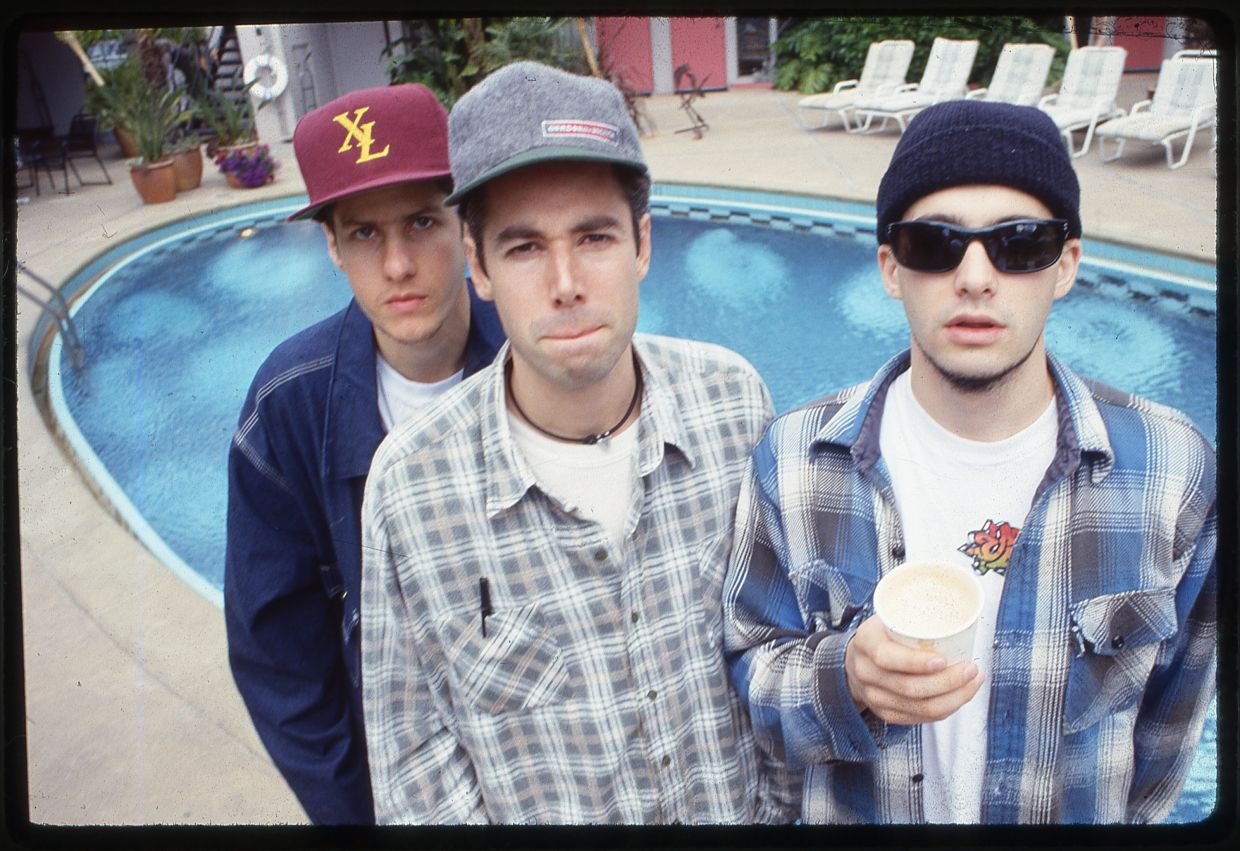 Comprising Adam “MCA” Yauch, Diamond and Horovitz, the Beastie Boys is widely recognised as one of the most influential rap groups of all time, with hits like (You Gotta) Fight For Your Right (To Party!)), Sabotage and Intergalactic under its belt. It was also inducted into the Rock ‘N’ Roll Hall Of Fame in 2011.

Yauch sadly passed away in 2012 from cancer, after which Horovitz and Diamond officially announced that the Beastie Boys was no more.

But just because the band is gone doesn’t mean its legacy is too.

Beastie Boys Story gives us a very personal view of the band from its two surviving members, from its early punk rock roots to its transformation to rap stars and legends.

Filmed in front of a live audience at the Kings Theatre in Brooklyn, New York, the United States last year, the show features Horovitz and Diamond onstage talking about the band’s formative years, its sudden rise to fame with 1984 hit album License To Ill, fuelled by goofy party rock smash hit (You Gotta) Fight For Your Right (To Party!), and its subsequent struggles to find its own voice and identity. 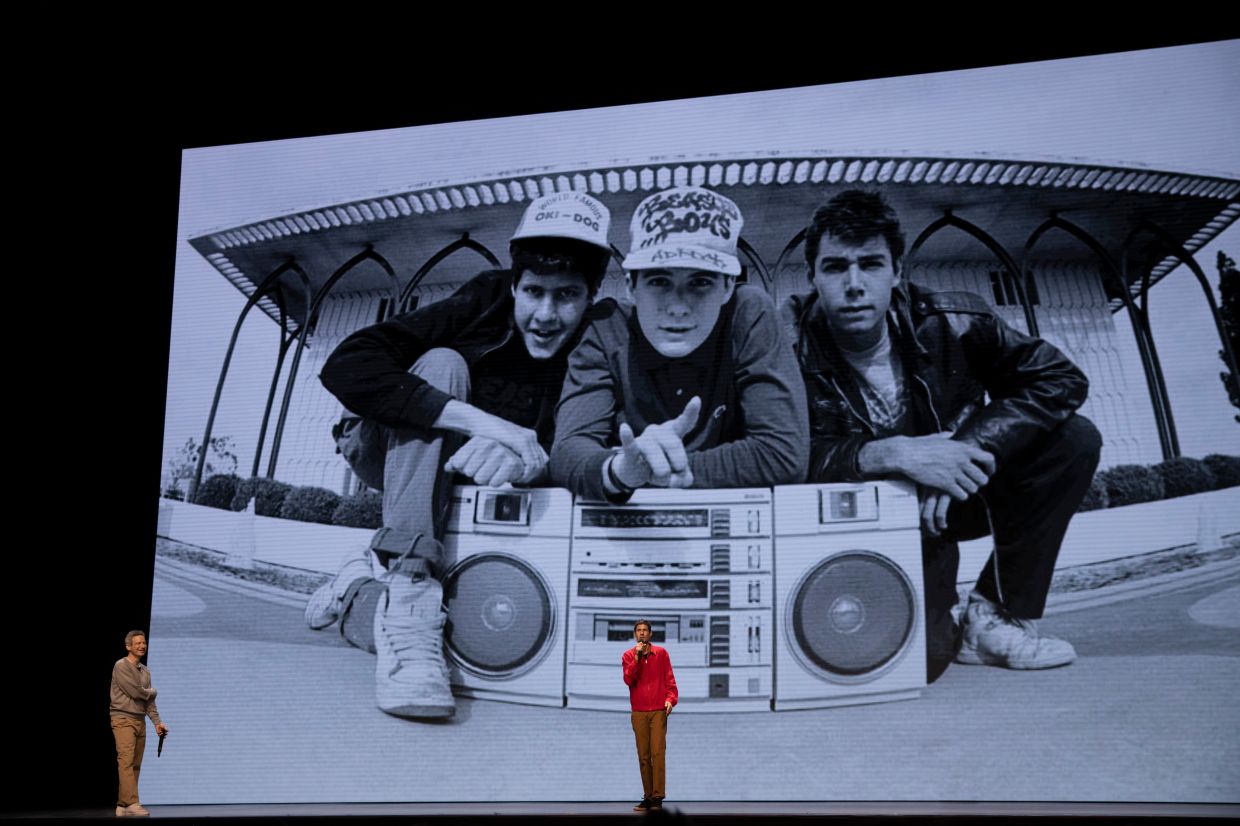 The show is a live recording of a stage show Diamond and Horovitz came up with to promote their book.

Now, the story of the Beastie Boys has been told over and over again in different mediums. Heck, these days all you need to do is Google the band to read about its history.

So, how hard was it for them to find new ways to tell their own story?

It all began in 2018, when Horovitz and Diamond published a book, also called Beastie Boys Story.

“We had wanted to write a book or make a documentary a while ago, something that documents our band... we figured we should tell our own story, ” Horovitz said.

Then, instead of embarking on the usual book tour of bookstores around the US, the duo decided on a different way to promote it.

“As a band, we’re always trying to do something different, so when it came down to the book... do we do readings of our book at bookstores, which again is kind of a normal thing? What can we do that’s different?” Diamond said.

“We decided that, instead of promoting it, we were going to put on a show. So, we wrote this show, and told some stories and did some skits. And then we forgot to film it, ” Horovitz added, laughing.

“So we asked Spike to come help us direct it. And we sort of rewrote it with him, or he made us rewrite it, rather, and we filmed it, and he turned it into a documentary!” Seen here filming the video for the Beastie Boys' 1994 hit song sabotage, Jonze (right) is a regular collaborator with the band.

According to Horovitz, the live show that Jonze filmed was about three-and-a-half hours long, so there was a lot that needed to be edited out.

The fact that it was filmed in front of a live audience also made it a challenge for Jonze. “As we were shooting it, we kind of knew it was going to be a little long, sloppy and messy. And that was part of the fun (doing it) live, ” Jonze recalled.

“And every night we’d do the show differently, knowing we could just take the best parts and then cut it down. There’s a lot of stuff we had to cut out that was great.”

The different personalities of the two leads also gave Jonze a lot of material to work with. Horovitz is a “natural storyteller” whose style lent itself naturally to the storytelling stage.

“Mike’s style is more like a boat without an anchor or a plane without wings. It’s all abstract... just when you think like the story should go left, it goes like a gold-ish purple!” Jonze said with a laugh. 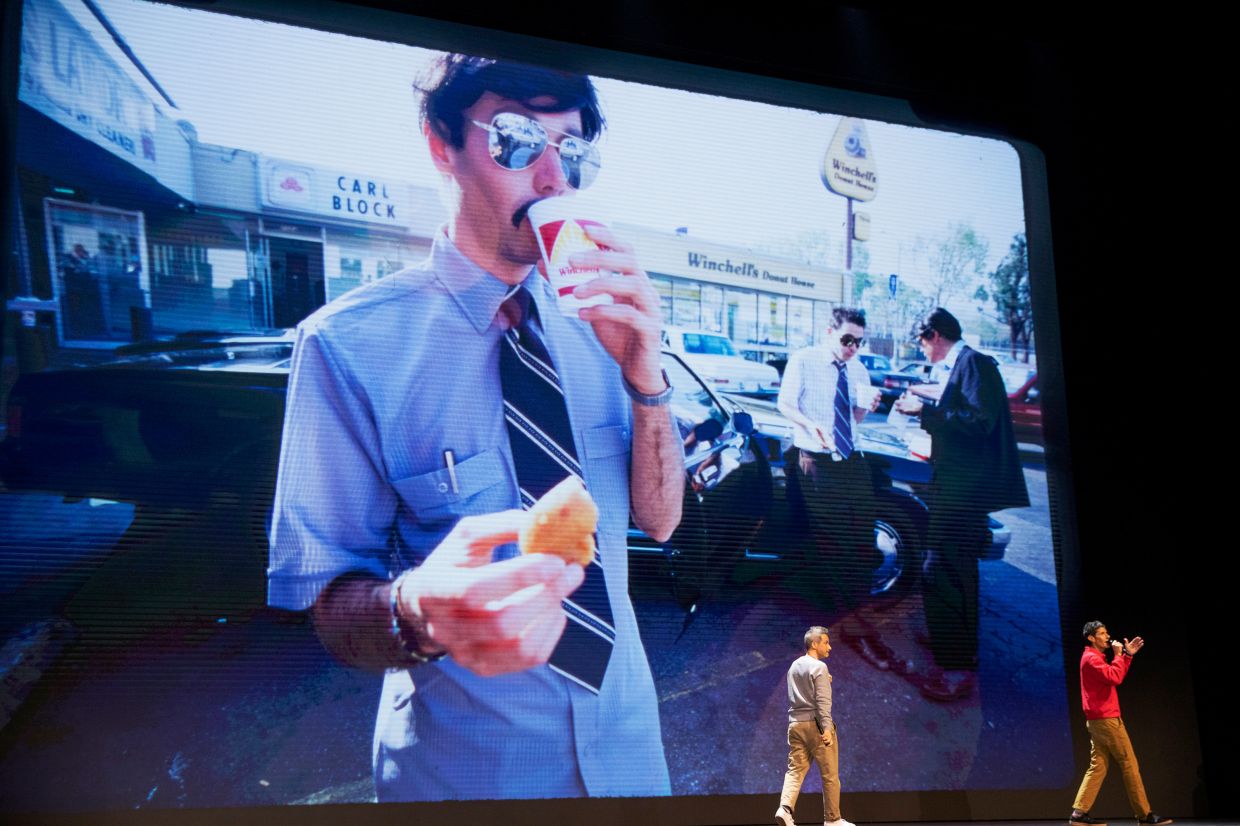 One thing the documentary allows the band to do is give Yauch a presence onstage via video footage and photos.

Unlike the book, in the film we actually get to see and hear the late Yauch talking, thanks to archival footage that Jonze and his crew edited after going through ‘“hundreds of hours of footage”.

“We had talked about wanting to get Yauch on stage with us, to make it feel like he was on stage through the photos and videos, ” Jonze recalled. “We got all these raw unedited tapes from MTV of like 20 years of Beastie Boys archive stuff... most of the interviews featured the three of them together and a lot of times, it’s hard to get a straight answer from them!

“There was only one, maybe two, interviews where they were separated, so it was just very exciting when we found that footage (of Yauch).”

The film ends on a poignant note, with Horovitz paying tribute to Yauch, who was the driving force behind the band.

It makes one wonder how different things would have been if the musician had lived to tell his story in person. But judging from what we can see from Beastie Boys Story, he would have been proud of what his two best friends have come up with.

Meet Hilde Lysiak, a 9-year-old journalist who broke the news of a murder

Apple TV+ offers free content as we ride out MCO 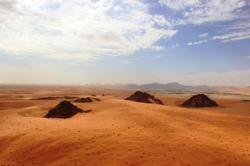