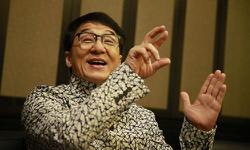 Cinema operators like mmCineplexes have stepped up cleaning and preventive measures. Photos: mmCineplexes


The Covid-19 outbreak couldn’t have come at a worse time for the movie industry in this part of the world as Chinese New Year is typically the time when the box office makes a killing.

CNY releases from China and Hong Kong – namely Jackie Chan’s Vanguard, Detective Chinatown 3, The Rescue and Jiang Zi Ya: Legend Of Deification – were cancelled in the region, as the distributors decided to pull out the films for public health reasons.

The last-minute cancellation of the above-mentioned titles naturally affected the admission intake during the CNY peak period in January.

According to a source in the industry, the box office collection for CNY week in 2019 was RM30.3mil, whereas this year the number only reached RM17.7mil during the same period.

While the cancelled Chinese titles are still awaiting new release dates, Taiwanese film Do You Love Me As I Love You, which was originally set for release in March, is now pushed to April. Hand sanitizers are placed at cinema premises for movie-goers.Early February was also somewhat quiet at the cineplexes. Normally, tickets to a hot title like Birds Of Prey would sell out fast. But that’s not the case when StarLifestyle attended screening of the movie at a popular cinema outlet.

Despite the drop during the CNY period, all three major cinema operators in Malaysia (Golden Screen Cinemas, TGV Cinemas and mmCineplexes) agree that the attendance is slowly picking up once again.

A GSC spokesperson stated: “We have observed that while customers are generally more cautious when they come to the cinema, they remain undeterred if it is a film that they look forward to.

“Highly-anticipated films and block-buster titles continue to attract a crowd.”

This opinion is also echoed by movie fan Lee Ying Hwei, a PR consultant. “I’m still catching movies at the cinema despite the fear of the outbreak, as there are a few good movies that are hard to resist not watching at the moment.

“I do believe that as long as we take preventive measures against the virus such as wearing a mask, sanitising and washing your hands plus taking care of your health properly with vitamins and exercises, we should be fine to go out to public areas, ” Lee said.

Likewise all the cinema operators are doing their part to ensure the hygiene of their outlets.

A TGV spokesperson shared that all the cinemas staff are being vigilant, putting extra emphasis on cleanliness and hygiene.

“Some of the preventive measures taken are placing hand sanitisers at all locations; temperature checks on location (for customers and on-ground staffs); increasing the cleaning frequency at all customer check points; and heightening awareness of the virus with public service announcement on social media and cinema screens as a reminder to our customers to be more cautious, ” the spokesperson said. Jason Teo, director of marketing and business development of mmCineplexes said that the well-being of the cinema patrons continues to be its utmost priority.

“We have stepped up cleaning and preventive measures as advised by the health authorities, for the safety of all our staff and patrons.”

Understandably, not everyone is convinced.

College student Nurul Tahirah has decided not to visit the cinemas for now.

“I am watching TV shows at home for entertainment. There were a few titles I was waiting to catch in the cinemas like Little Women and Birds Of Prey.

“I guess I will just have to wait for these movies to be available on TV, ” said the 21-year-old.

However, she added that she might make an exception when the live-action film Mulan is released at the end of March. The animated version is one of my favourite films. Hopefully by then, the situation has improved.”