Hans Isaac: Only Minister can fire me from Finas Hans wants the focus to be on the work Finas is doing. Photo: Bernama

Datuk Hans Isaac, the chairman of National Film Development Corporation Malaysia (Finas), is not too concerned with the demand from certain individuals asking for his resignation.

"Personally, I respect their opinions, but we at Finas have a lot of work to do. And we have done a lot so far, and the ministry has done a lot.

"We've had many ministers but only (Communications and Multimedia Minister) Gobind Singh Deo has given us an increment (to produce shows) for RTM," said Hans at a press conference at Finas, referring to the recently announced reviewed rates for new RTM programmes that has remained stagnant for the past 33 years.

"We want to focus on the positive progress that we have made and the work we need to do," he reiterated.

When asked whether he will heed to their demand, Hans answered: "I will not. My appointment was by the Minister. And the only person who can fire me is the Minister. If he does ask me to step down, I will respectfully do so, walking away knowing we've done quite a bit already. It's not an issue for me."

Dec 10, Khir Mohd Nor, the president of Profima told the press that Hans had been influencing the ministry's decisions and disrupting the work done by Finas' CEO, Ahmad Idham Ahmad Nadzri.

On Dec 9, Finas announced that Ahmad Idham's request for his term as Finas CEO to be shortened to one year, had been approved. Ahmad Idham would leave the post on March 10,2020 instead of March 2021. Khir alleged that Hans is shortening Ahmad Idham's terms to try and fill Finas board members with "his people".

Hans said: "I have no problem with the CEO. He is on holiday right now. So on Monday, he asked me to attend a meeting with the Minister on his behalf as it's difficult to get an appointment with the Minister. We are in still in touch with each other because he is still the CEO."

Affendy Ali, the deputy chairman of Finas, told the press that everything that's done at the board level has been executed with integrity, with all the checks and balances in place. "However, if there is any truth to the allegations, let them go through proper channels and an independent board will investigate (the matter). Right now, it's just been statements to the media.

"I want to bring the focus back to the work we are trying to do in order to develop the local film industry," added Affendy.

The press conference with Hans came after a morning presentation by Finas on steps regarding fund distribution in line with increasing the quality of content, and revising/updating the Wajib Tayang scheme to Skrin Malaysia or MySkrin, in an effort to help filmmakers recoup their money when their films are shown in local cinemas.

One of the suggestions made in regards to MySkrin is to get filmmakers to put more effort on marketing the film before it opens in cinemas to ensure it is truly visible.

Hans added: "We have a great schedule for 2020. If there are any issues, come and see us, and engage (in conversation) with us. Using social media can be damaging. Let's talk." 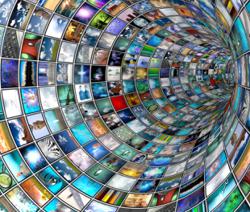