When asked if the husband-and-wife team heading Les' Copaque Production knew Upin and Ipin would be a success when their company came up with the animated series Upin & Ipin in 2007, Burhanuddin Md Radzi (the company's managing director) replied with no hesitation: "I was confident."

Meanwhile Les' Copaque's chief content director Ainon Ariff answered: "(But) we didn't know it would be THIS big."

In accordance to that statement, the company's ultimate goal is to open a theme park – a plan that's already in motion, Burhanuddin shared.

"The government is keen on the theme park," he said. "We are planning to build it in Selangor, overlooking the sea. There will be features such as a walk through Upin and Ipin's hometown (Kampung Durian Runtuh) a castle from our other animated series, Puteri, different kinds of rides and a ghost house with toyol," said Burhanuddin, as he shows StarLifestyle the artist impression of the theme park.

Did you know there is an Upin & Ipin Store in Shah Alam as well as Kelab Upin & Ipin?

Burhanuddin's confidence stems from the fact that he made a thorough research on the animation industry before establishing Les' Copaque, to ensure he stays in the industry for a long time.

"For two years, I just played golf while earning a full salary," he recalled.

At that point, Ainon – a full-time housewife, taking care of their four children – suggested investing their money in filmmaking.

"I wanted to understand the local film industry before getting into it," stated Burhanuddin.

"What I discovered is it's a difficult industry. For example, a director wants a lot of money for a product, but the product itself doesn't reflect the worth."

Upon finding out that the government was looking into expanding the animation industry in Malaysia – "there wasn't enough work for local graduates in animation" – Burhanuddin decided animation would be a good avenue to explore and started his research with the help of eight young men.

What they ascertained was that a lot of the local studios had no staying power despite having good products.

A reason, Burhanuddin found out, is because people running the animation studio tend to outsource the creative portion, with no in-depth knowledge of their own.

"What I want to do is to build a factory, where everything is done in-house."

They ran with the idea of two five-year-old twins who live in a kampung with colourful but relatable supporting characters.

"The model we came up with are two boys who are bald," said Burhanuddin who further explained the reason they decided to make the twins bald was because rendering hair in animation was expensive.

"Also the product has to have a strong local flavour base, and, at the same time, with an international appeal.

"The names Upin and Ipin is a good example; we pinpointed the letters U and I – as in you and I – then decided on Upin and Ipin."

In 2007, TV9 commissioned Les' Copaque to come up with a six-episode Ramadan special of Upin & Ipin.

Today, Upin & Ipin is entering its 13th season, and Les' Copaque grew from a 20-people production house to employing over 200 people. It also has a separate company to handle merchandise and marketing (LC Merchandising), as well as LCP Animation Academy.

Everything at Les' Copaque is done in house. Photo: The Star/Azlina Abdullah

Since establishing the company in 2006, Les' Copaque has been winning multiple awards almost every year in Malaysia and internationally. Its YouTube channel boasts of more than 4 million subscribers.

Ainon said: "We have been developing 42 episodes per season since Season Three, producing three to four 30-minute episodes every month. We have reached the 500th episode mark already, which makes Upin & Ipin the longest-running local animation series."

Upin & Ipin is available on TV9, Disney Channel Asia (translated to English and Hindi) as well as on MNCTV, an Indonesian TV station where it airs daily.

Burhanuddin stated that Indonesia is the biggest market for Upin & Ipin.

At the time of this interview in Shah Alam, Les' Copaque was finalising the details on its animated feature Upin & Ipin: Keris Siamang Tunggal, which opens in cinemas nationwide today.

While we were chatting, Burhanuddin would also be updating Ainon with information he gets on his phone like, "We now have 144 cinemas opening on March 21 in Malaysia. Twenty more than last week", "The exclusive Upin & Ipin merchandise available at GSC outlets is selling fast and there's two more weeks before the film opens."

But the biggest news both Ainon and Burhanuddin were proud to share was getting the biggest cinema chain in Indonesia – "they only show Hollywood and Indonesia titles" – to open Keris Siamang Tunggal.

"This means we're the first Malaysian film to get a nationwide release in Indonesia – a market that isn't easy to penetrate. And they're looking to release the film in May, during the Ramadan month. That's when Indonesians prefer going to the movies," said Ainon.

In the latest film, the twins go through a portal with their friends to end up in the fantastical kingdom of Inderaloka, which features characters from folklore in this region. To find their way home, they have to help the citizens of Inderaloka get rid of their cruel king.

"We wanted a film that features our culture," explained Ainon.

"That's why we have well-known folklore characters like Mat Jenin, Pak Belalang, Raja Bersiong, Si Tanggang and Nakhoda Ragam in it.

"The keris itself is based on a real-life mysterious bladeless Malay dagger."

Keris Siamang Tunggal, however, posed a challenge. Upon starting the project, the couple realised their 3D model of the characters were not good enough for a high standard feature film.

"We took a lot of shortcuts when doing the series. The movements on TV, for example, are limited.

"But for a film, we need to show the movements are not unlike a real-life person's so the camera angles involved in a feature film are more complex. And the characters' expressions are much more varied too," said Burhanuddin.

"And there were many other limitations previously, like we couldn't create scenes with water because we just didn't have the skills to do it."

So the company decided to invest in training its people to be on par with international animation studios. That process took Les' Copaque five years with the production cost of the film reaching almost RM20mil.

Ainon said: "We scrapped the two-minute opening sequence 85 times before we were really happy with it."

Her husband continued: "We want to set a new benchmark for Malaysian animation. That is why we increased our personnels' skills."

Apart from regional markets like Indonesia, Brunei and Singapore, there are plans to release Keris Siamang Tunggal internationally including in China.

"The dubbing for the English dialogue was done in Los Angeles," informed Burhanuddin.

Ever the perfectionists, the duo spotted problems during a screening for the press. "That's how we are, we will still be tweaking until the last moment until we're truly happy with the product," mentioned Ainon.

"That is the strength of our company, we have total control and we want to put out only our best product," Burhanuddin said.

"We have made sure that even after we're gone, Upin, Ipin and Les' Copaque will continue to grow." 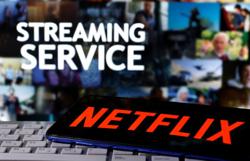 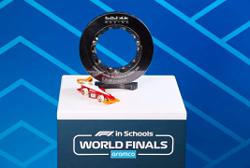