4Minute disbanded after seven years in the music scene.

Fans reacted in shock, with many questioning whether this was the beginning of the end of the nine-year-old quartet, which had survived the notorious “seven-year curse” that dogs idol acts in Korea.

The industry, reported The Korea Herald, has an unwanted record of idol groups breaking up or losing a member at that point in time.

The casualties include 2NE1, 4Minute and Sistar which disbanded after seven years.

It was also in the seventh year that Jessica left Girls’ Generation, while Sunye and Sohee also parted ways with Wonder Girls.

Unlike boy bands, which often stay the course for a longer period despite disruptions from members reporting for mandatory military service, few girl groups can stand the test of time. Industry-watchers said competition from younger groups exacts a toll.

“Considering the average age of girl groups and the plethora of groups making debuts every year, once the group hits a certain age, its popularity tends to wane,” said Lee Taek-gwang, a culture critic and professor of global communication at Kyung Hee University.

“This is especially the case for girl groups as many became popular because of their cute, young and innocent image. But once the girls mature, that image is hard to maintain and they are replaced by younger groups.”

4Minute disbanded after seven years in the music scene.

With few exceptions, female K-pop stars are 20 or younger when they enter the scene.

While boy band members tend to make their debut at similar ages, they have a longer career runway.

The short shelflife of a successful girl band – usually no more than five to seven years – means that members have to find other ways to stay in the spotlight.

Vocalists tend to break away and go solo, as seen in the cases of Bada of S.E.S., Lee Hyori of Fin.K.L., HyunA of 4Minute, Sunmi of Wonder Girls, Hyorin of Sistar and CL of 2NE1.

Many of these singers thrive in their solo ventures on the strength of their vocal skills and the staunch support from loyal fans.

Another popular diversion is acting. Girl’s Day members Hyeri and Minah, for example, have both built successful acting careers.

The infamous “seven-year curse” also coincides with the time when most girl band members reach their mid-to late 20s.

The seventh year is also when most contracts expire, in line with a 2009 rule from the Fair Trade Commission stipulating that contracts between artistes and agencies cannot exceed seven years.

Beyond that benchmark, the artistes can decide whether to renew or leave. Often, one or two band members can get better terms from another label; one reason many girl groups call it a day.

“If a girl group reached its peak within three to five years of its debut, the agencies try their best to renew contracts in the second round, giving better profit distribution to popular members individually,” an industry insider said.

The members of Wonder Girls went their separate ways in 2017.

“Due to the profit gap, some members decide to leave the agency or find better offers with other labels, causing the band to separate.”

But boy groups tend to stay together because the members are aware they are better off together, with larger fan bases to tap for concerts and sales of albums and merchandise, Lee added.

There are girl groups with large fan bases, such as Girls’ Generation and Twice, but even their fandoms fall behind those of boy groups in terms of size, money spent and devotion.

Even if they disband, the boy band might still decide to make a surprise comeback.

Which is what g.o.d is doing, coming out with a 20th anniversary album and holding concerts for fans that have pledged allegiance to the group since 1999. – The Straits Times/Asia News Network 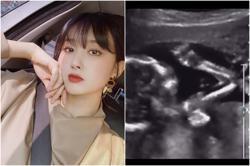