'Dukun' is loosely based on real-life witch doctor Mona Fandey. Umie Aida says she lived with a snake for two months to study its movement and incorporate them into shaman Diana Dahlan.

Actor Faizal Hussein recalls a mysterious occurrence that took place on the set of horror-thriller Dukun. Faizal had arrived early at the now-demolished Pudu Prison in Kuala Lumpur for his scene one morning. To pass the time, he started chatting with some of the cameramen.

“They told me that just before I arrived, the camera’s viewfinder was moving on its own,” Faizal recalls at a press event promoting Dukun.

Co-star Datin Seri Umie Aida also had an inexplicable encounter at Pudu Prison. Walking around a holding cell for death row, she wondered out loud what the prisoners felt knowing that they would be executed the next day.

“Within a few seconds, I couldn’t breathe. I couldn’t control myself. I quickly got out of there,” she shares.

Still, perhaps the biggest mystery surrounding the film is why Dukun, a film shot in 2006, only hit cinemas last week. While there is no concrete reason, Najwa Abu Bakar, head of the film’s production company Astro Shaw, says:

“It has been in the works and planning stages for a while, just that we didn’t tell anyone about it. You must understand that Dukun was shot on film in 2006. So we went through a process of digital remastering and we had to make sure the sound and colour are up to today’s standard.”

The cast themselves were caught off guard when news of Dukun’s release broke. “I’ve put that film out of my mind for so long. So when it finally came out, I didn’t know how to react. But of course I’m excited,” says Umie, who never thought the movie would see the light of day. 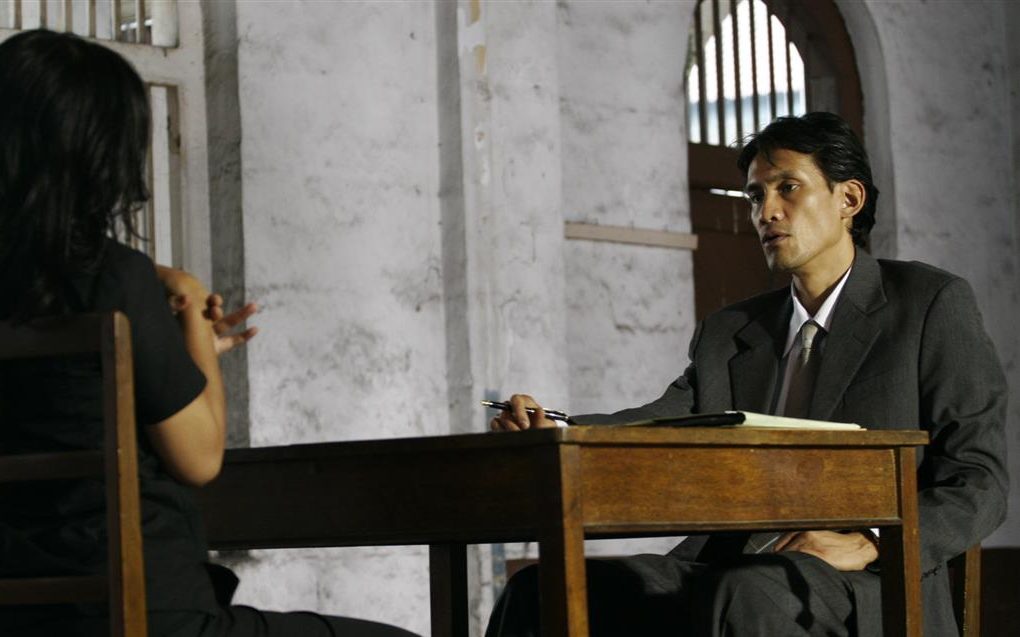 Directed by Dain Said, Dukun centres on seductive shaman Diana Dahlan (Umie Aida) who is investigated for the death of a businessman after a ritual she performs doesn’t go as planned. Instead of telling the story from Diana’s point of view, Dain anchors Dukun to her lawyer Karim (Faizal Hussein) and his efforts to defend her in court.

“We looked at many different films and realised we haven’t done one which centres on court cases,” Dain shares the reason for this approach. “Through a court case, a lawyer will ask a question and an opposing lawyer asks another. That’s how a story can slowly unfold. We thought it’s an interesting way to structure a film.” 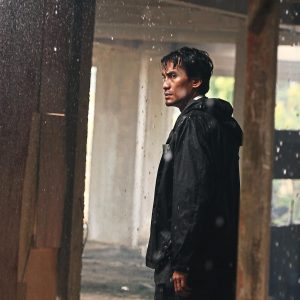 Faizal Hussein observed lawyers outside courthouses to get into character.

Dukun marked the first time Dain directed a movie. He went on to helm critically-acclaimed films Bunohan (Malaysia’s Best Foreign Film entry for the 2013 Oscars) and 2016’s Interchange. “A lot of the scenes, I could only do one take,” Dain recalls the painstaking process that went into shooting Dukun 12 years ago.

“Today is what I call ‘the delete button generation’. If you don’t like it, you can delete it immediately. When you’re shooting on film, you can’t delete. You can only see the scene after you’ve sent it to the lab. So you have a different kind of discipline. My producer would kill me if I did a lot of takes.”

And without the luxury of using computer-generated imagery (CGI), Umie remembers one of the most challenging scenes was when her character contorts her body into all sorts of unnatural positions. She even enlisted the help of her sister as her body double.

“I spent eight hours on that scene. My sister was holding me as my body twisted this way and that. There was no CGI.”

While Dukun features the use of the mystic arts, Najwa believes the film will not have a negative influence on audiences. “Ultimately, what the film shows you is that there are good and evil forces. And at the end of the day, you should follow the right path,” she offers.

The Film Censorship Board of Malaysia did not cut out scenes from the film but only made minor audio edits. Dukun is believed to be loosely based on real-life witch doctor Mona Fandey who was found guilty of the murder of Datuk Mazlan Idris in 1993. She was executed in 2001.