After making its premiere at last year’s Singapore International Film Festival, Aw See Wee’s short film Kampung Tapir will be showcased at Clermont-Ferrand International Short Film Festival in France. This festival, taking place from Feb 2-10, is deemed as one of the biggest festivals for short films.

The 17-minute short, written and directed by Aw, will be shown daily during the screening period at the festival. According to the 31-year-old filmmaker, while he sent Kampung Tapir for submission to the prestigious festival he did not expect it to be selected.

“Kampung Tapir was shown at the recent Singapore Film Festival along with other short films. The screening was a full house and I think the film was well received. It was after the screening that I got an e-mail from Clermont-Ferrand Festival saying, my short was selected for the festival. I have always wanted to attend this festival and I’m quite excited to go,” he said in a phone interview before leaving for France.

Kampung Tapir is a story about Anne and Ben who leave their five-year-old daughter in their hometown in Kampung Tapir, Johor, to work in Singapore to make a better living. As their bus makes its way to Singapore, it hits a wild tapir which had also been forced out of its home to find food. It dawns on Anne and Ben that their lives are no different than that of the tapir. Kampung Tapir stars first-time actors Ivelaine Sim Cian Kit, Chua Sek Khim and Koh Hya Tong.

“There are many young Malaysians who have become accustomed to seeing their parents only once a week, or once a month because they work so far away from home,” said Aw, who is originally from Macap, Johor, which was one of the three towns Aw used to make up the fictional town of Kampung Tapir.

Aw, who studied filmmaking at National Taiwan University Of Arts, has made three other shorts previously including Highway (2015) which was showcased at Fajr International Film Festival in Tehran, Iran. He prefers the short film format as the budget for it is not as costly as a feature and the structure of storytelling is more concise, although making a feature is not out of the question. Highway, for example, was filmed almost entirely inside a car occupied by a mother and his son, who are stuck in a traffic jam while making their way to a wedding.

“I like telling stories that showcase the Malaysian life. Kampung Tapir is based on the lives of people I know. And Highway highlights the traffic jam in Kuala Lumpur, which was the first thing I noticed when I moved to KL.

“Also, everyone can relate to a family-related story. We are not that different after all, even if our cultures and beliefs may vary,” he noted.

While he has no expectation of the kind of reception Kampung Tapir will get in France, he hopes Malaysians will become more aware of the plight of this animal that is supposed to be part of Malaysian identity.

“When I was doing my research on this animal, I learned that most of the stories revolving around tapir are about how they are caught in a trap or getting hit by cars, crossing the highways.

“I visited one of the rehabilitation centres run by Perhilitan (Department of Wildlife and National Parks Peninsular Malaysia) to film the animal for my outdoor scenes and I was sad to see the condition there wasn’t that good either.”

He added: “It’s tragic that the young people in Malaysia do not know what a tapir is. When I showed a picture of it to my niece, she had no idea what animal it was. But she knows what a panda is.”

It is with this knowledge that Aw decided to call his short Kampung Tapir, which becomes a metaphor for the premise of the film – migrating from their homes out of desperation.

With Kampung Tapir, Aw wants his audience to be concerned with not only Malaysia losing its citizens to other countries but also to remind Malaysians to preserve what we have before it’s too late.

It is apt then that his next project is a feature-length film which brings to focus another Malaysian animal in danger of extinction, the tiger. 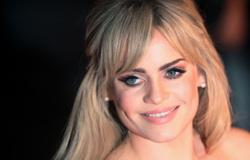