Get to know Nadia Heng and Megan Tan from G-Thang.

ONE is a former beauty queen and the other shaped her career through a talent search programme. Together, former Miss Malaysia Nadia Heng and face of 8TV’s Quickie Megan Tan are the new hosts of G-Thang.

Tune in as Heng and Tan explore various topics that matter to most girls.

We had our very own girl talk with the hosts to find out more about the show and themselves.

What is G-Thang and who should tune in?

Heng: If you’re up for some adventure and girl talk, this is it! Meet some of Malaysia’s most inspiring women from various fields. If you’re into fashion and make-up, don’t worry, we got that covered too.

Tan: G-Thang is all about inspirational girls who are fearless, who aren’t afraid to go for what they want and live out their dreams. The show also helps you see that there’s more to a girl than her physical attributes. I know the show is pretty much skewed towards girls but I believe guys can learn a thing or two from the individuals we feature.

What can we expect from the new season?

Heng: Brighten up your everyday look with some basic make-up tutorials. Learn how to build a home. No, seriously! Plus, have you ever wanted to be a mermaid? We have tips on that as well.

Tan: Learn how to wear basic stuff and make it look chic. Of course, some important life lessons from the inspiring girls we feature on the show.

Name some of the inspiring women who will be featured on G-Thang?

If you are hosting a slumber party and could invite anyone you want to, who would it be?

Heng: Who to invite for a slumber party than the Queen Bee herself, Leighton Meester! And perhaps, Alicia Silversone. If you haven’t seen Clueless, go watch it.

Tan: It’s a toss between Jennifer Lawrence and Emma Stone because they’re currently my two favourites. They just seem like a lot of fun and really down-to-earth. They’re great at what they do and it would be awesome to pick their brains.

Name three songs you’d recommend to a good friend who is going through a bad break-up.

Heng: Pharrell William’s Happy, Beyonce’s Irreplaceable and Craig David’s All The Way. These songs make you want to go out, have a good time with your girlfriends and be ready to meet someone new.

You’re having a bad day, what do you do to cheer up?

Heng: Go to the gym and have a good run. It’s a great way to let your mind wander and release all that tension. After that, indulge with a nice big spoonful of peanut butter and watch House Of Cards.

Tan: A good song during a workout normally does the trick! But if I’m feeling lazy, then surrounding myself with happy, positive people really helps to perk me up.

Name one social media habit that irritates you.

Heng: When people tag you in a picture of some random product they are trying to sell.

Tan: I know I do it too but people who hashtag too much, stating the obvious. 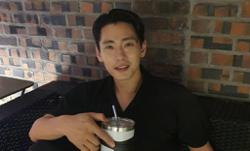