‘Whether you call me an artist or photographer, it really makes no difference. All I know is that this camera has become a part of who I am, a part of my journey in life,’ says Jefree. Photo: Ann Marie Chandy

This has always been just a hobby, says Orang Asli photographer Jefree Salim about what he does.

“It was the others, the people I came into contact with, who saw beyond that. I never imagined that one day I would get to exhibit my photographs in places like Kuala Lumpur, Penang and Singapore,” he humbly shares.

“I was quietly enjoying my hobby when one day a local artist told me that he felt I wasn’t just a hobbyist photographer,” adds Jefree, 40, in an interview in Dengkil, Selangor where he was on holiday with his wife’s family.

“That man said ‘You are an Orang Asli artist’ and that stopped me in my tracks for a while. Wow, I thought, am I an artist?”

Truth be told, such labels and titles have never really affected Jefree, whose feet are firmly planted on the ground.

“Whether you call me an artist or photographer, it really makes no difference. All I know is that this camera has become a part of who I am, a part of my journey in life,” he says, as he whips out his trusty Panasonic Lumix G85, which was gifted to him by a PhD student doing research in his kampung about five years ago. Children in Jefree Salim’s village. There are over 400 inhabitants in Kg Orang Asli Sungai Temon. This photograph by Jefree is featured in his book 'Seletar: Sea People Of Johor'. Photo: Jefree Salim

“I have even told my wife that when I die, to please save my photographs for our children, because they are so important for future generations.”The father of two young daughters says his full-time job is fishing and breeding fish to earn a living.

“At that time my brother found a small, digital Canon camera and I borrowed it from him because he didn’t know how to use it. Honestly, I didn’t either but the camera really intrigued me, so I started to play around with it and began taking snapshots of the goings-on around me.”

In the foreword for the book Seletar: Sea People Of Johor, founder coordinator for the Centre for Orang Asli Concerns (COAC) Colin Nicholas talks about one Dr Ivan Polunin, a medical doctor/documentary filmmaker/photographer, who in the 1960s and 1970s documented the life of the Seletar people.

Nicholas says that Jefree has now taken on the mantle of taking stock of the fast-paced changes affecting the Seletar environment and community, capturing history on film before it is forever lost. Needless to say, Jefree has always been inspired by Dr Polunin’s work.

“He came to my village, took videos and pictures. And from those images, many others have learnt about the history of my people. That’s why I keep all my photos, since I started this hobby, so we can look back and see the changes over time. My old photos are not that great, I was still a novice then, but I still keep them. You never know, they may come in handy for court cases someday!” he says.

“I didn’t know who the photographers were, but I was very excited when I saw a photo of a young Seletar boy, playing in river water and pulling a boat. I took a closer look and discovered that it was my own brother!” reminisces Jefree fondly.

“I was truly drawn by that photo and it made me think about how many others – outsiders – were framing my community through their lenses, and telling their version of our lives. 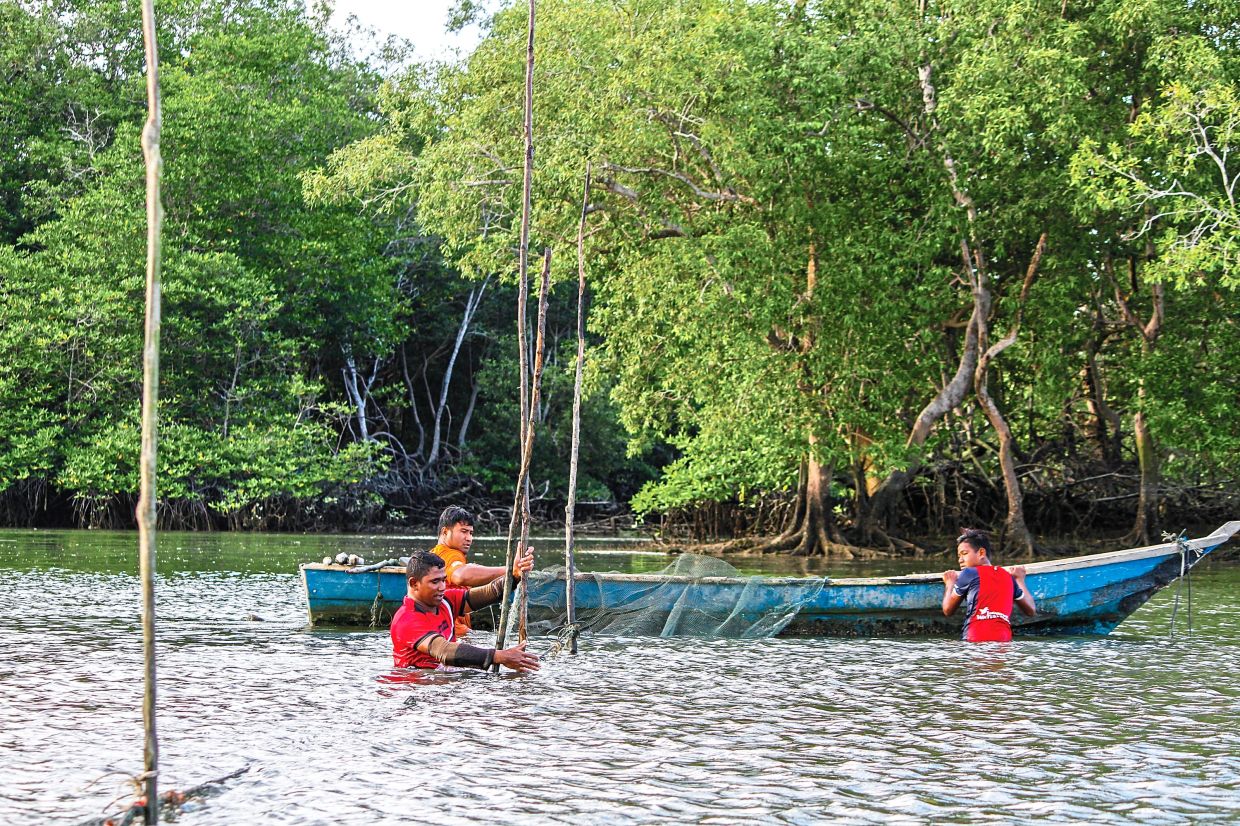 “None of us was doing this. And it dawned upon me, why don’t I take photos of my own community? Why don’t I tell our stories instead?”

Jefree finished high school (SPM) in 1999, and then got an automotive vocational certificate. He started working at an auto workshop in JB soon after but says the pay (RM10 a day) wasn’t nearly enough to survive on, which is why he became a fisherman instead, like many of his fellowmen in the Orang Selatar villages.

As for photography, he is mostly self-taught.

“I didn’t go for classes or attend a college or anything like that, I just learnt by trial and error ... at first I would only use the ‘P’ and ‘Auto’ functions,” he says, referring to the programmed automatic functions, which are a shooting mode halfway between automatic and manual.

“I didn’t know how the pictures would turn out and I’d take so many photos over and over again.”

When he was in his early 20s, Jefree saved up and got himself a Sony Handycam camcorder and started making short videos.

“I would shoot the orang kampung in their daily life: when they went out to hunt wild boar, while they were fishing, and so on. And when the handycam couldn’t work anymore I got myself a Canon EOS 100D, which I saved up for too.”

At the time the camera cost him about RM2,000 and Jefree admits that the high cost as well as expensive accessories almost made him want to quit photography altogether. He remembers lending a lens to a friend. 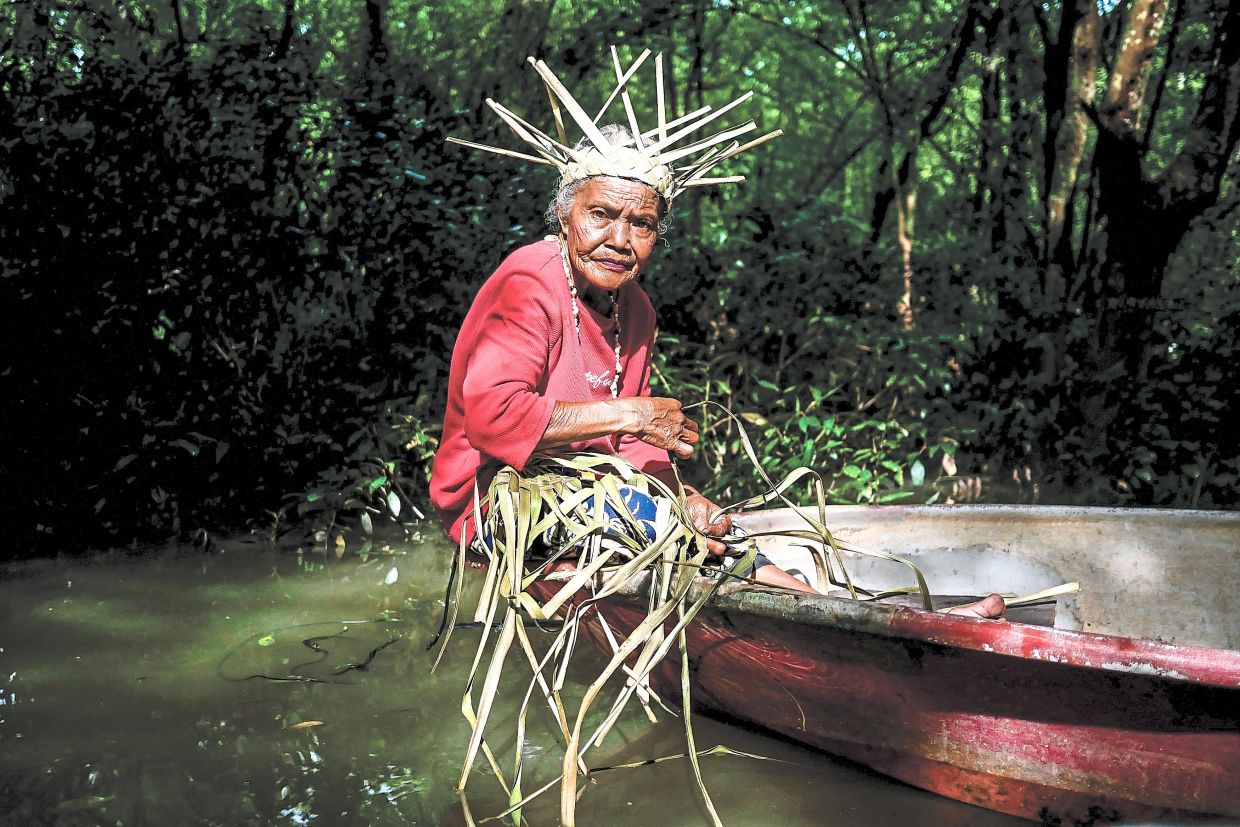 Jefree’s poignant portrait of his late aunt Nenek Tina from Kampung Bakar Baru in Johor. It is the last photograph he took of her last year and it is featured in his photobook 'Seletar'. Photo: Jefree Salim

“When I got it back it was broken and I was so sad; I didn’t take photos for two years! I tried to get it serviced but the camera shops told me I would be better off buying a new lens, but I didn’t have the money for that. Nonetheless, I didn’t give up, because here I am today, still taking pictures.”

In 2018, Jefree framed up some of the photos he had taken and hung them at his father’s seafood restaurant (which is now defunct).

“A lady called Sarah Amer was working in Johor at the time and she came to visit our kampung and saw these photos. She wanted to know who the photographer was, and she told me she wanted to introduce me to her friend Wendi Sia because Wendi had experience with art and photography exhibitions,” recalls Jefree.

Soon after, Sia travelled to Johor Baru to meet Jefree and offered to showcase his “art” in KL.

“She told me I had a talent for photography but I couldn’t believe it. To me, my pictures were all over the place, just random shots. I wasn’t confident at all. Betul ke, tak betul ni? But Wendi was persistent. And so I agreed to take a leap of faith.”

Four years on, Sia writes in her editor’s note in the Seletar book how it has been an honour to learn the histories and stories of the people and places she has encountered on her journey with Gerimis, an archiving initiative that explores Orang Asli narratives with OA artists, photographers, weavers, and key community members.

Jefree has also exhibited in Singapore and Kuala Lumpur. A family collecting mussels from their raft. In the background, Danga Bay, and the abandoned sand hill from a reclamation project. This photograph by Jefree is featured in his book 'Seletar'. Photo: Jefree Salim

In his most recent exhibition in KL, a selected 11 photos and a video installation were showcased at the Gerimis Gallery in the GMBB mall.

“I want to create awareness about my people, the struggles we face, the activities we do,” says Jefree.

According to Jefree, there have been numerous development projects here, and because of the land reclamation in these areas, the rivers have gotten smaller, they are filled with rubbish from upstream and the water turns a murky red.

Jefree calls it the colour of “teh tarik”, whenever it rains.

“The rivers are essential to our livelihood as Orang Seletar are fishermen, we fish in the rivers and among the mangroves to look for hasil laut, which has significantly decreased over the years. The fishermen aren’t even able to cast their nets out anymore because the rivers are so small.”

With over 30,000 photos to choose from, the task of selecting what to use for the exhibition and book wasn’t a simple one.

“I sent them to Wendi, and I had already whittled down to about half, choosing the ones that I liked best. Then Wendi and her team helped to pick photos that would be suitable to build a narrative. We had to choose photos that would inspire empathy ... bukan sahaja yang dilihat oleh mata kasar, tapi juga mata hati,” he explains.

One of the most striking photos included in Seletar is the portrait of “Nenek Tina”, a relative on Jefree’s father’s side from the nearby village of Kampung Bakar Batu. A photo from a past exhibition taken by Jefree showing Orang Asli children swimming in Sungai Temon in Johor. Photo: Jefree Salim

“This was the last photo that I took of her, before she passed on last year,” Jefree shares. “And it’s one of my favourites and holds so many good memories. We had to wait for about three hours before the lighting was just perfect. It was about 9am when the sun finally fell on her face.

“Nenek Tina was special because she always shared many stories about herself with me – about her troubles when fishing, how a crocodile once ate her dog, and so on. In the photo, you can see her working on an anyaman (weave). She used to always say that we have to maintain the traditions of the sea people.”

Jefree had wanted to take more photos of the venerable woman but received news not so long after taking this photo that she had died.

“There was a flood in our village, and with Covid-19 during that time, things must have been tough on her. Nenek Tina was about 70 years old. She had worked hard her whole life, and was a great mentor.”

What comes next for Jefree?

“I want to make another book about the mangrove swamps, and I am also slowly learning more about photography and filmmaking. Plus, I would like to someday be able to upgrade my current camera, perhaps buy a telephoto lens.

“I had borrowed a lens from one of my friends, and I had it for about six months until my wife told me off! She was worried I would break it and then would owe my friend a new expensive lens, so I gave it back, even though he didn’t mind me using it.”

Jefree said the guy invited him to team up for an exhibition in Johor, showcasing both their photos, so they would be able to raise funds for him to buy a new camera.

“But I told him it’s alright, I will ‘kayuh my basikal slow-slow’, I don’t mind. There’s no need to rush these things. I will make do with what I have, and slowly work my way up in my own time.”