The Indian classical theatre show, which runs until Sept 25, is a product of a research undertaken by Odisha dancemaker Guru Gajendra Kumar Panda, together with Sutra founder Datuk Ramli Ibrahim in Odisha, India – the birthplace of Odissi.

Jaya Ram is also a continuation of Sutra’s strong relationship with the cultural Ganjam district in Odisha, where Sutra had based one of its most successful productions called Ganjam in 2015.

"Jaya Ram is about injecting the earthy spirit of folk elements back into the classical tradition of Odissi. Otherwise, the classical stream becomes too removed from the very source that gave it life in the first place. Without this connection, a classical system becomes devoid of the ‘semangat’, like white rice or white sugar with no food content," explains Ramli.

He adds that the main difference between Jaya Ram and Ganjam is that while the former is inspired by a more specific narrative (The Ramayana), the latter takes its inspirations from many other folk genres from South Odisha, such as Prahlad Natakam, Sakhi Nata, Daskathia and others.

"Thematically, the featured content of Ganjam are more varied and less specific. Jaya Ram, on the other hand, incorporates many melodies of folk genres Ram Leela and Ram Natakam to evoke images of characters and episodes from The Ramayana. These are used, most originally, in the classical Odissi format, and not as in a drama or jatra (popular traditional drama)," he adds.

Gajendra, who has been collaborating with Sutra for four decades, notes that both him and Ramli came from the late Guru Debaprasad Das Parampara lineage/school.

"Debaprasad believed that the three streams of tribal, folk and classical exist organically within a society, and the performing art traditions," says Gajendra.

"In Jaya Ram, we can trace and see movements inspired by the Ram Leela and Ram Natakam traditional dance-theatre styles that both Ramli and I had the fortune to witness and be inspired from. The discerning audience can trace both the tribal and folk elements, not just in the dance, but also in the music we have created," he adds.

This production is also lifted up by live music, with all aspects of dance and music compositions, libretto and costume commissioned to experts of their respective fields in Odisha.

"The much-anticipated Jaya Ram is a befitting celebration of Malaysia and India's 65 years of diplomatic relationship. This is a love letter from Sutra to the healing world, and truly a dance extravaganza not to be missed by art enthusiasts and the Malaysian public," concludes Ramli.

At KLPac, the Jaya Ram show runs for 80 minutes, with an intermission. After this Kuala Lumpur run, it will tour Singapore and India. 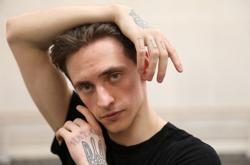 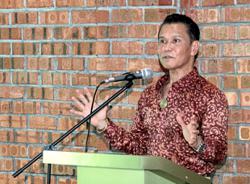