A close-up of American artist Kiki Smith's bronze sculpture 'Lilith' (1994) seen at the 'Feminine Power: The Divine To The Demonic' exhibition at the British Museum. Photo: British Museum

Alluring, warrior-like or nurturing, goddesses and other female spiritual beings from around the world are the focus of a new exhibition at the British Museum.

Entitled Feminine Power: The Divine To The Demonic, it includes ancient sculptures of Roman goddesses Venus and Minerva and Egypt's lioness-headed goddess Sekhmet, as well as modern images of deities worshipped today.

The exhibition is the "first with a cross-cultural approach to this extraordinary, absolutely fundamental subject", the London museum's director Hartwig Fischer told reporters.

Specially for the show, the museum commissioned a brightly painted icon of the Hindu warrior goddess Kali wearing a garland of severed heads, from Kolkata-based artist Kaushik Ghosh.

The exhibition, which runs until Sept 25, also features commentary from high-profile figures including the feminist writer Bonnie Greer and classicist Mary Beard. 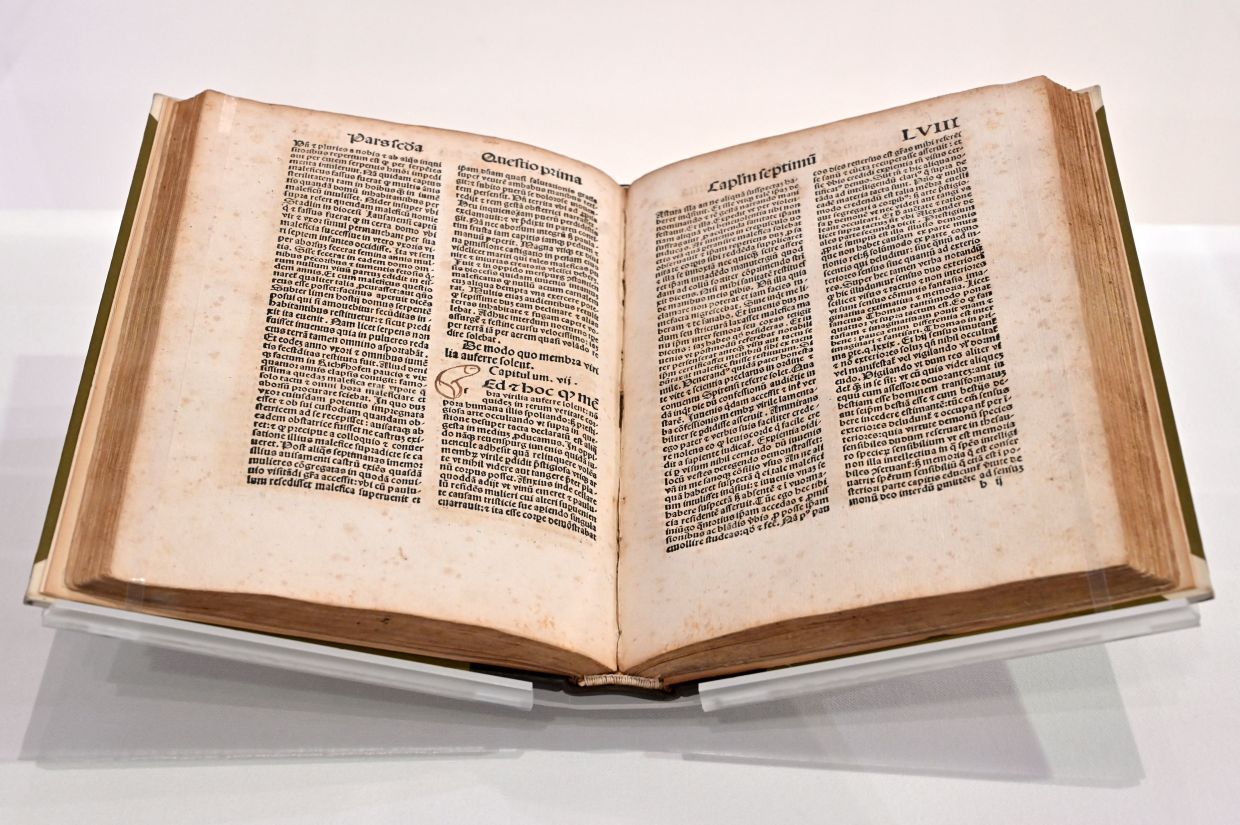 A book entitled 'The Witches' Sabbath' from 1510 by Hans Balding Grien is pictured during a press view for the exhibition 'Feminine Power: The Divine To The Demonic' at the British Museum. Photo: AFP

"We're not trying to tell people what they should think or how they should feel about this," said curator Belinda Crerar, adding she wanted the exhibition to start a conversation.

One section on "compassionate" figures such as the Virgin Mary, the mother of Jesus, notes that reverence for such female divinities "in many societies has not translated into a higher status for women themselves".

"This is the big question" raised by the exhibition, Crerar said.

"It's not straightforward and there is no singular answer to it."

"I believe there is a link between spiritual ideas relating to femininity and masculinity and how ... women and men are viewed, but it is culturally specific."

For a section called "Magic and Malice" about witches and demons, the museum consulted a collective of practising British witches called Children of Artemis. 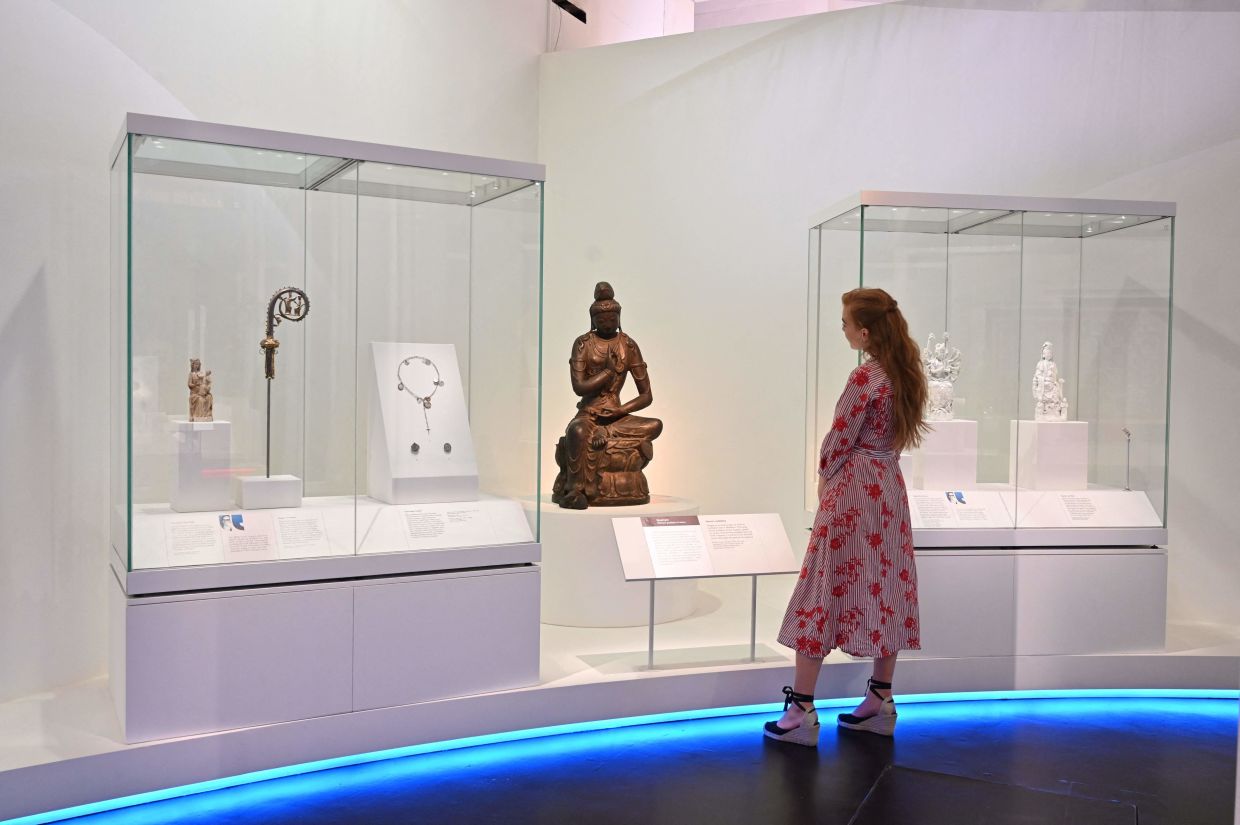 A view of the exhibition 'Feminine Power: The Divine To The Demonic' at the British Museum in central London. Photo: AFP

"What we felt was really important to do in this section was to actually work with a group of men and women today who identify as witch or modern pagan or who practise Wicca," said project curator Lucy Dahlsen.

"Those relationships have been really important, to ensure we are looking at a living tradition in an appropriate way."

Some reactions came as a surprise.

She pointed to a Pre-Raphaelite-style painting by John William Waterhouse of Greek goddess Circe casting a spell while wearing a see-through gown over her naked body.

Many see this painting as "epitomising the male gaze and an image of a sorceress depicted as a kind of femme fatale," Dahlsen said.

But one British witch, Laura Daligan, commented that the picture was not far off.

Witches "don't always practise with clothes on - it is kind of realistic in a way," she said in a comment posted online by the museum. - AFP