Traditional dawn awakeners known as 'Mesaharati' beat drums and chant religious songs to wake up Muslims before sunrise for the 'suhur' meal before the day's fast during the holy month of Ramadan in Damascus. Photo: AFP

Ramadan drummers who awaken the faithful for their pre-dawn meal are dying out across the Muslim world but the tradition lives on in Syria's capital despite growing reliance on smart phones.

Around one hour before the call to prayer rings out at dawn, Ramadan drummers, known as Musaharati, walk through narrow streets to wake the faithful.

They include Hasan al-Rashi, 60, one of the 30 Musaharati left in Damascus.

His voice breaks the night time silence in the capital's Old City, as he sings and pounds his drum.

"Despite the advent of smart phones and other technologies, people still like to wake up to the voice of the Musaharati," said Rashi.

"The Musaharati is a part of the customs and traditions of the people of Damascus during the month of Ramadan," he added.

"It is a heritage that we will not leave behind." While performing their Musaharati task, the drummers carry a bamboo cane in one hand and a drum made of goatskin in the other. Photo: AFP

While performing his Musaharati task, Rashi carries a bamboo cane in one hand and a drum made of goatskin in the other.

He walks quickly from home to home, using his stick to tap on doors of families who have asked for his services.

"Wake up for Suhur (pre-dawn meal), Ramadan has come to visit you," Rashi sings.

Although they do receive gifts, the Musaharati don't usually expect financial rewards.

They sometimes carry bags or straw baskets to store food and other gifts that are given to them.

For Rashi, it's not about the freebies.

"We feel joy when we go out every day," he said. 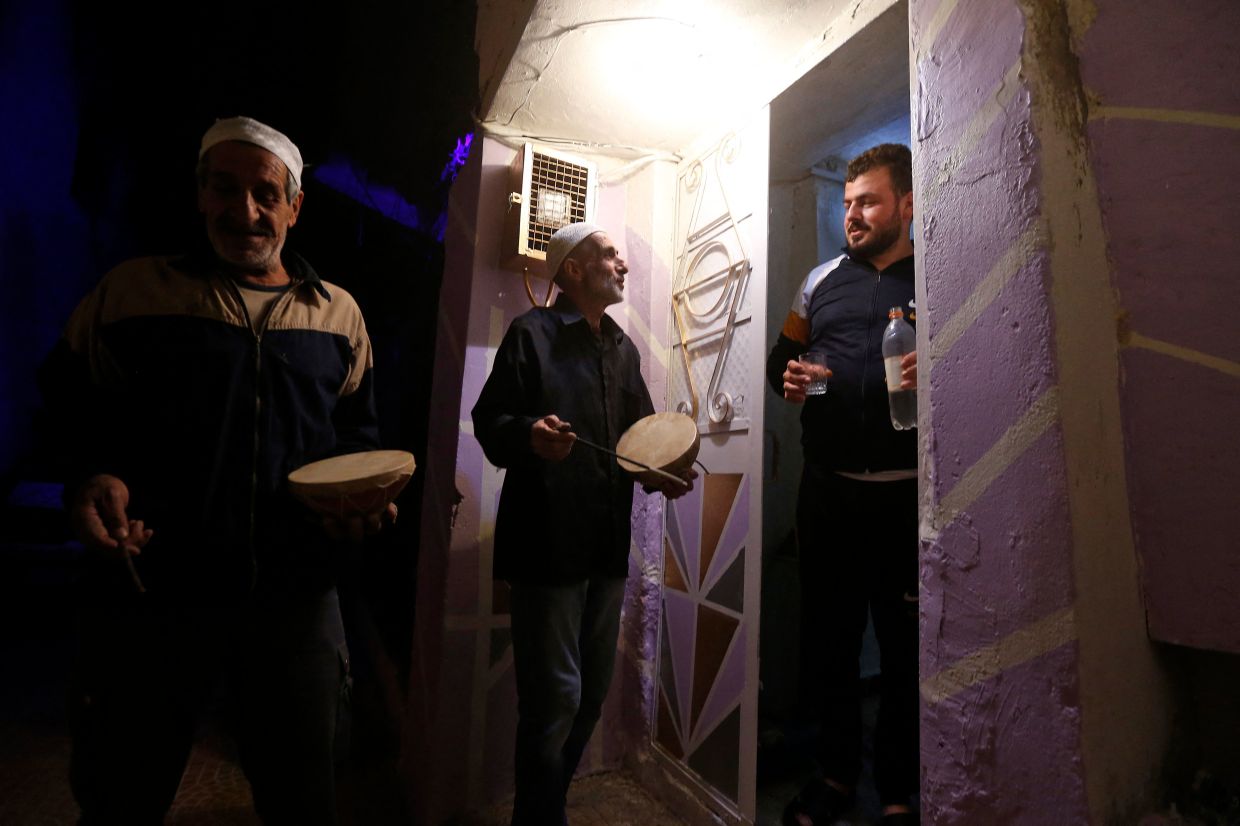 There are about 30 Musaharati left in Damascus. Photo: AFP

"Some children follow us sometimes and ask to beat the drum," Rashi added.

Ahead of the call to prayer, Sharif Resho asks one of his neighbours for a glass of water before the start of his fast.

"My equipment is simple, it is my voice, my drum and my stick," he said.

Resho, whose father was also a Ramadan drummer, has carried out Musaharati duties for nearly a quarter of a century.

Syria's more than decade-long war and the coronavirus pandemic did not stop him from carrying on, he said.

"I will keep waking people up for Suhur as long as I have a voice in my throat," said Resho.

"It is a duty I inherited from my father, that I will pass on to my son." - AFP

Remembering Yusof Gajah: a special tribute to the well-beloved artist