Fact or fiction: who is Enrique de Malacca? 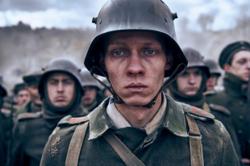 A close-up of the sculpture of Enrique de Malacca, which was part of Ahmad Fuad Osman's exhibition 'At The End Of The Day Even Art Is Not Important' at the National Art Gallery in Kuala Lumpur in late 2019. Photo: The Star/Kamarul Ariffin

Fuad’s Enrique de Malacca Memorial Project (EDM) is an ongoing research-based work. It was shown at the Singapore Biennale in 2016, the Sharjah Biennial in 2019 and also at Fuad's mid-career survey show At The End Of The Day Even Art Is Not Important at the National Art Gallery in Kuala Lumpur in late 2019.

The EDM project sees Fuad embracing the dual roles of a one-man museum and epic history lesson. In a gallery setting, the EDM exhibit offers a vast range of art, including sculptures, oil paintings, parchments, maps, fibreglass and resin castings, and objects like ceramics, bullets, weapons and whale bones.

“I discovered Enrique de Malacca in 1985 through one of my mum’s small collection of old novels entitled Panglima Awang, written by Harun Aminurrasyid (in 1958). Based on a small amount of historical evidence, it became my first introduction to deconstructed and reconstructed narratives through an alternative history, ” said Fuad in an artist statement surrounding this project. The EDM project gathered momentum through the story of Portuguese explorer Ferdinand Magellan, who was named the first man to circumnavigate the world. But he was actually killed in a war at Mactan’s island (in the Philippines) on April 27, 1521, without completing his planned voyage.

Antonio Pigafetta, a Venetian scholar and explorer, who was with Magellan and the Armada Moluccas throughout the journey, recorded it in detail in his journal. Enrique, a slave who was captured in Malacca in 1511, and had sailed along with Magellan on his voyage was mentioned a few times until slightly after the war at Mactan Island.

At this intersection, Fuad reflects on narratives and how stories are told, or history preserved. What is fact or fiction? What has been omitted or embellished in that account?

"Enrique de Malacca Memorial Project is a fictional memorial, built upon fragments of small historical evidence and layers of alternate histories. It is an attempt to reconstruct a lost character and narratives while navigating and negotiating the void identities (of Enrique) between Malaysia, Indonesia, and the Philippines. This memorial (project) is a homage to him, ” added Fuad. One of the maps featured in Ahmad Fuad Osman's 'Enrique de Malacca Memorial Project', which is the artist's attempt to recover a lost historical figure. Photo: Filepic

Fuad’s panel session for Contacts & Continuities tonight is titled Representations of Enrique de Malacca. The online session starts at 7pm, and it is open to the public via live stream on YouTube.

The online panel tonight, moderated by academic/researcher Simon Soon, also includes Pedro Palma, the Portuguese filmmaker behind Henry Of Malacca: A Malay And Magellan, Luis Francia, the New York-based playwright behind the play Black Henry (a drama about Henrique de Malacca), and filmmaker Kidlat Tahimik (the Philippines), who will discuss Memories Of Overdevelopment, a film-sketch on Enrique de Malacca.