Raquel Poti barely stands five feet tall, but the diminutive stilt-walker used to tower over the crowd at Rio de Janeiro's carnival - whose cancellation due to Covid-19 has made her reinvent her art form to keep it alive.

Poti, 37, is one of the legions of Brazilian "pernaltas," or stilt-walkers, who loom like colourful giants over the festivities at Rio's famed carnival, an extravaganza of parades and street parties that draws millions of revellers each year - except this year, when the pandemic forced the authorities to cancel it.

Poti fell in love with performance at age four, at an Epiphany festival.

"I saw a clown there, and I was completely enchanted," she said.

"I've spent my life searching for that magic again."

It is a search that has taken her around the world, introducing her to myriad forms of popular performance art - and ultimately stilt-walking, the one that became her passion.

"Stilts are an age-old toy and a very powerful instrument," she said.

"They're a channel for self-knowledge, and they give visibility to people who are normally invisible," added the 5-foot-1-inch (1.55m) artist.

For the past seven years, Poti has performed at carnival street parties and given stilt-walking classes at Rio's Museum of Modern Art.

She has taught more than 500 students and set up stilt-walking troops at some of the iconic beach city's most famous carnival "blocos," or annual street parties.

She also performs at institutional and corporate events - or did, until the pandemic rewrote the script of her and virtually every other performer's life.

One of the biggest casualties has been Rio's carnival, which would have been held in February but was cancelled for the first time in 109 years because of the pandemic - leaving the small armies of costume designers, mechanics, choreographers, performers and others who usually prepare the parades out of work.

But even if Covid-19 forced the cancellation of virtually all Poti's sources of income, it did not force her off her stilts.

She spent seven months living with her parents in the small city of Saquarema, a two-hour drive east of Rio.

"I was dependent on them for food and housing. When I came back to Rio, I struggled to make ends meet," she said.

Not one to be easily knocked down, she got together a group of fellow artists and created "The Giant Dreamers' Musical Procession," a performance-art video she published on YouTube last month.

The 20-minute video features stilt-walkers, acrobats and musicians in sumptuous costumes dancing and performing through a dreamlike, near-deserted Rio.

"This is our way of talking about carnival, Rio's and perhaps Brazil's biggest collective ritual, which we couldn't have this year," said Poti.

"When people don't have that possibility, it's important to nourish their dreams so they don't get killed by reality."

Poti managed to produce the video thanks to funds she received under the Aldir Blanc bill, a law passed in June last year to help artists hurt by the pandemic.

Named for a beloved samba composer who died of Covid-19, it allocated US$570mil (RM2.3bil) to states and cities to help the cultural community get through the health crisis.

"It's like the light at the end of the tunnel," said Poti.

Her project created work for 27 people.

"It was a relief to finally have work during the pandemic, after a year without it," said costume designer Alessandra Santhiago.

Now Poti is urging far-right President Jair Bolsonaro to sign a bill extending the Aldir Blanc grants until the end of the year.

"We're still a long way from having a thriving cultural scene again," she said.

"The pandemic has increased violence and deepened the exclusion of black people and the poor. It's shown how urgent it is to transform our society." - AFP 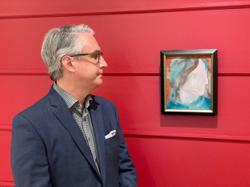