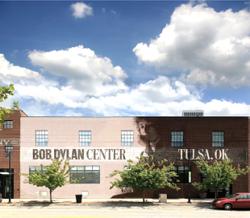 A screenshot from a video at 'FAC3D' that depicts the world Chuah’s three avatars are from. The experience of floating around inside this world is made to represent a journey towards becoming a digital self. Photos: Handout

Want to be told a story, one that might just surprise you or hold you spellbound for the entire duration? Then head on over to the FAC3D exhibition at The Back Room art space in Kuala Lumpur, where you can chat with Skylar Ang and ask her questions.

But no promises that you will like her reply.

And can you even hold her responsible for what she says?

After all, Skylar is a digital identity created by artist Chong Yan Chuah, and you will be chatting with her through a chatbot.

You type your question, then wait for her to speak – and maybe you just might learn something from each other.

“The phrase ‘nothing is original’ intrigues me. If you believe that nothing is original, then you can quantify what creativity is. With Skylar, I trained her to be this wacky character that loves to tell stories, especially stories about speculative futures. Ask her a question and she will reply to you like a storyteller would, almost like you are being read a bedtime story, ” says Chuah, 29. 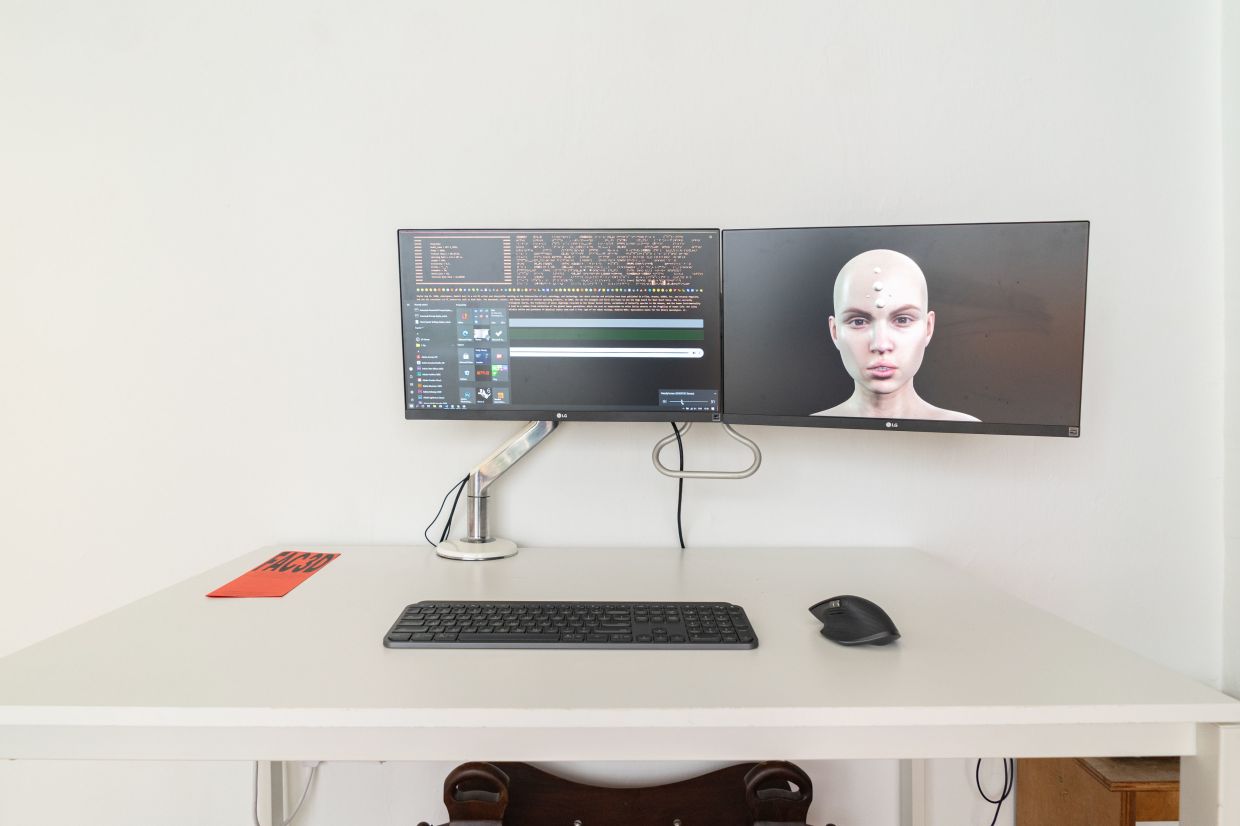 Skylar, one of the three avatars featured at 'FAC3D', has been trained to tell you stories. Photo: Alvin Lau

Skylar is one of the three avatars featured at FAC3D, all of which were trained using Generative Pre-trained Transformer (GPT), a learning-based technology that enables auto-generation of text.

Each identity was fed with a set of literary works that matches their personalities, so as to influence the way they express themselves through words.

In Skylar’s case, she learned from the works of Aldous Huxley (Brave New World), Haruki Murakami (IQ84, Kafka On The Shore), Italo Calvino (Invisible Cities) and Isaac Asimov (The Foundation Series), among others.

At the Skylar set-up at The Back Room, the audience is invited to sit on a chair of an office desk, on which two computer screens are placed. Type in your question, and Skylar will start talking. Her face, a 3D animation on one of the screens, will have changing facial expressions as she speaks.

Skylar has been busy even before the exhibition was launched, penning her thoughts for a printed publication that is part of this show. This catalogue compiles the works of both human and other machine writers, including Aahan Prakash, Bethany Edgoose, Ellen Lee, jo l, LALUNE, Mikhail Hilmi, Ong Kar Jin, Sebastian Tiew, Lim Sheau Yun and Ubermorgen.

See if you can spot which three are the robots in this group.

One of the (human) contributors even made use of GPT in his work, a kind of human-machine collaboration where he let the machine continue his sentence whenever he hit a wall. 'FAC3D' is a self-funded and self-organised exhibition by Chuah and it is part of The Back Room Takeover 2021 programme. Photo: Handout

Chuah says it is pretty easy to tell the difference between the human and machine writers at this point in time, as this project is a work-in-progress.

“I would love to further develop it in the future, if I can get access to the latest GPT model. At the moment, they write in a natural way but it is still lacking pertinence, ” he says.

Robots lacking pertinence? But surely we all also know people like that in our lives.

An architect by training, Chuah’s love for storytelling and world-building shines through in his art projects.

His solo exhibition, 27 Years Of Lazarian Delights, at The Back Room in February last year, offered drawings, maps and other curious objects from adventures in a faraway place with three plants, two suns and three moons. Or so the story goes. For Chuah, art and architecture can influence, as well as intertwine with, each other. Photo: Alvin Lau

“For me, architecture and art cannot be separated; I practice both simultaneously and they influence and intertwine with each other during the process. As part of my exploration of this methodology of combining both worlds, I created a company for me to channel my experiments, ” he says.

The current exhibition at The Back Room, steeped in questions and hinting at a vast world of possibilities, is no exception.

FAC3D is a self-funded and self-organised exhibition by the artist and it is part of The Back Room Takeover 2021 programme, which aims to support emerging art practices from different art fields and explore the possibilities of art-making in a collective manner.

Before the three digital identities in FAC3D came to be, Chuah envisioned the world they are part of. In the exhibition, this universe is presented as a video projection where 3D human-like figures – or parts of them – drift, collapse and coalesce across a space with no walls or windows.

“The goal of the exhibition is to connect with people, have conversations about the world we live in now, and speculate where or what the future is going to be. It is a good time to be alive, it is an interesting world that we are growing into. I don’t see this as a solo exhibition, as it is a project that involves many other contributors, ” he says.

In another video, he attempts to capture some of the sentiments he has with regards to the co-existence – and implications – of having a physical and a digital self.

And ultimately, pondering on such questions means you go tumbling down a rabbit hole at a exhilarating, breakneck pace.

“We are trying to digitise what humanity is, but at the same time, the robots we create are curating content for us, showing us what it thinks we want to see. Computers are smart, and you can feed them with influences. But we all leave footprints on the internet: every app we use is giving an idea to the machines, of who we are.

“I think it boils down to these questions: Are we comfortable that all of the information that we get from the Internet, is actually curated based on what AI learned about us? And are we comfortable that this data compilation is being used to shape our identity in a certain way?” elaborates Chuah.

No doubt, we live in a world where the line between the virtual and physical worlds is often blurred.

So when does fiction become reality? Perhaps we are already there.

FAC3D is on at The Back Room, Zhongshan building in Jalan Rotan, Kuala Lumpur till April 18. View the show online here. Facebook: The Back Room KL. 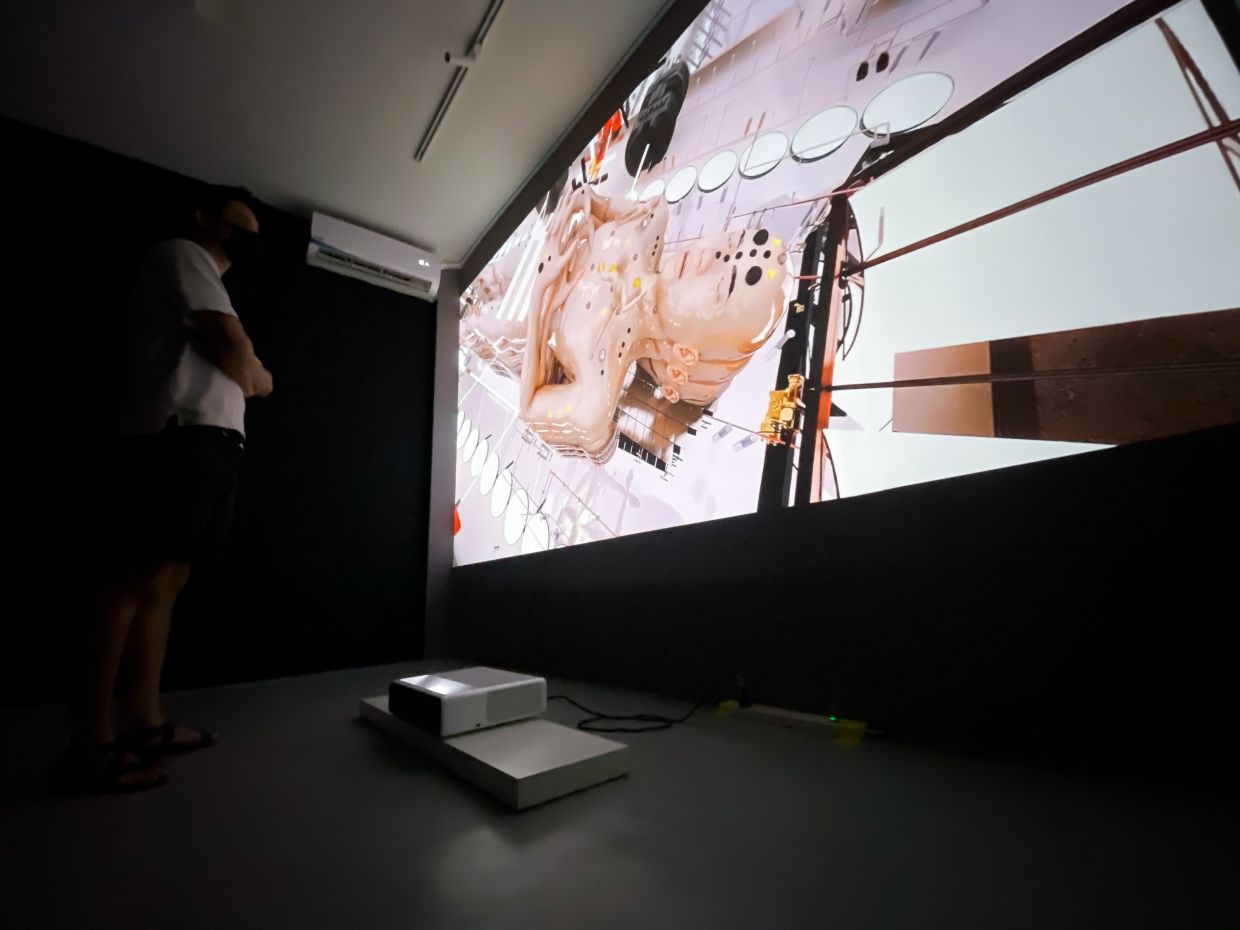 A screenshot from a video at 'FAC3D' that depicts the world Chuah’s three avatars are from. The experience of floating around inside this world is made to represent a journey towards becoming a digital self. Photos: Handout

Skylar, one of the three avatars featured at 'FAC3D', has been trained to tell you stories. Photo: Alvin Lau

Screenshot from a video at 'FAC3D' that depicts the world Chuah's three avatars are from. Photo: Handout

Chuah imagines a world beyond our perceived reality in his 'FAC3D' exhibition. Photo: Alvin Lau

For Chuah, art and architecture can influence, as well as intertwine with, each other. Photo: Alvin Lau

Where do our creations come from? Photo: Alvin Lau

‘Are we comfortable that all of the information that we get from the Internet, is actually curated based on what AI learned about us?’ asks Chuah. Photo: Handout

A man of many talents: Prince Philip's passion as a painter 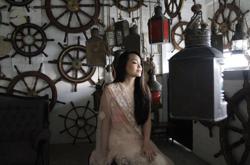