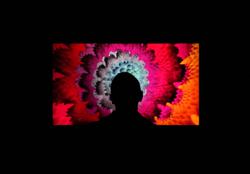 Food was often a favourite subject for Andy Warhol - so much so that the Pop Art master self-published his own recipe book in the late 1950s. A copy of this satirical work is now going up for auction at Bonhams as part of its forthcoming "Fine Books And Manuscripts" sale.

Wild Raspberries was created by Andy Warhol in collaboration with the interior decorator Suzie Frankfurt, who came up with the outlandish recipes, as well as the artist's mother Julia Warhola, who provided the calligraphy.

In it, readers can sample parody concoctions with a serving of spelling errors, with treats including the "Omelet Greta Garbo," which is "always to be eaten alone in a candlelit room," or the "Salade de Alf Landon," which was apparently "very popular as a first course at political dinners in the '30s."

And satirical chefs will need a strong stomach to indulge in the recipe for "Seared Roebuck," which notes that a "roebuck shot in ambush" is always better than a "roebuck killed after a chase."

This manuscript, printed by Seymour Berlin, was hand-coloured by four schoolboys who lived upstairs from Andy Warhol's apartment, and was bound by rabbis. Only 34 were produced at the time.

"These self-published books from the early 1950s shed a fascinating light on the mind and artistic practice of Andy Warhol in the years before he became a gallery artist and later, of course, one of the most recognised figures in the world," explains Darren Sutherland, Bonhams books and manuscripts specialist in New York.

"The books were mainly intended as whimsical gifts for friends and clients, but they perfectly encapsulate all the playfulness and love of graphic design which characterised Warhol's work as a commercial artist and which he later incorporated into his mature work."

Warhol's relationship with food is detailed not only through his artistic practice, but also in his book The Philosophy Of Andy Warhol (From A To B & Back Again)."

Although often assumed to be a fan of hamburgers, the Pop Art pioneer admits in the 1975 book that he wasn't such a fan of protein:

"I'll buy a huge piece of meat, cook it up for dinner, and then right before it's done I'll break down and have what I wanted for dinner in the first place - bread and jam."

The artist apparently also enjoyed fruit like bananas and cherries, as well as cans of Campbell's soup. A strange kind of foodie. - AFP 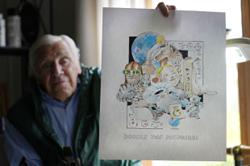