Art Basel in Switzerland has postponed its namesake fair yet again

Art galleries worldwide will often hold back their most expensive pieces specifically so that they can present them to Art Basel’s nearly 90,000 visitors. Photo: AFP

Art Basel announced recently that its marquee Swiss fair would be postponed from June until September.

While the announcement isn’t much of a surprise-countries are struggling to contain a more contagious strain of the virus-the postponement is the latest acknowledgment that a return to group events is still a very long way away.

"It will take a while even now that we have vaccines, ” says Marc Spiegler, Art Basel’s global director, in a phone interview.

"The nature of Art Basel shows is that they’re large-scale events. Their success is dependent on widespread international travel, and that, for us, is the uncertainty for how long it will take (to resume). So postponing from June to September makes the most sense.”

Unlike other art fairs, where galleries bring comparatively affordable work that can be snapped up by impulse buyers, the Swiss fair is a showcase for the best dealers have to offer. Galleries will often hold back their most expensive pieces specifically so that they can present them to Art Basel’s nearly 90,000 visitors.

In 2019, the last time the fair took place, an estimated US$4bil (RM16bil) worth of art was crammed into a sea of booths and private viewing rooms, as crowds delighted in spectacles like a 9.1m long blow-up recreation of a Nike sneaker by the artist Olaf Nicolai and a 8.5m long sculpture by the artist Tom Wesselmann. Last year’s edition was cancelled entirely after a similar postponement to the fall.

Now this sales opportunity is gone-or at the very least, delayed until Art Basel’s rescheduled VIP preview day on Sept 21-leaving dealers to generate sales through other means.

"The annual June edition of Art Basel in Switzerland is a lodestar-for Hauser & Wirth and the entire art world, ” says Marc Payot, the co-president of Hauser & Wirth.

"Given all the indicators and the continued intensity of pandemic, we actually anticipated the postponement and planned accordingly by developing a series of exceptional late spring exhibitions for our gallery spaces.”

The first will take place between March 24-27 and will be "dedicated to artists who have broken new grounds aesthetically, conceptually, or socio-politically, ” according to a press release. The second and third will be held in June and November respectively, with major themes yet to be determined.

"Nobody in their right mind considers an OVR with 100 galleries to be a substitute for an art fair, ” says Spiegler. "We think that under a specific set of conditions, and handled in the right way, these digital events do bring attention to galleries and artists.”

The news of the postponement strikes a blow to other art fairs, who are, as yet, going ahead with plans for in-person fairs this spring and summer.

Frieze plans to hold its annual New York fair in The Shed between May 5 and May 9, and has already pushed its Los Angeles fair from February to July. TEFAF, a showcase for old masters and decorative arts, has scheduled the European branch of its fair for May 29 in Maastricht.

Art Basel Hong Kong plans to open its doors in the Hong Kong Convention and Exhibition Centre on May 19.

In light of the same factors that postponed the Swiss edition entirely, Spiegler’s ambitions for the Asian edition of his fair are limited.

"We’ve already informed visitors that we expect strong travel restrictions, but it’s not clear what the state of play will be there, ” he says. "We’re hoping for a regional fair, but keep in mind that there are many international galleries that have gallery spaces and staff in Hong Kong.”

"Our commitment to Art Basel is absolute, ” says Payot,"and we look forward to being there with flying colours when the next edition opens.” - Bloomberg 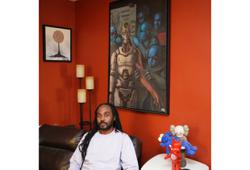 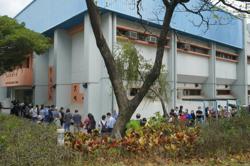