People light flares as they gather under a mural on a building depicting Maradona in Naples, Italy on Nov 25. The iconic mural was painted by Italian street artist Jorit in 2017. Photo: AP

The sad news of Argentine football superstar Maradona's death of a heart attack on Nov 25 has prompted an outpouring of grief among football fans worldwide. He was 60.

From his hometown in Buenos Aires, Argentina right to Naples, Italy, where Maradona played for Napoli and is regarded as a local hero there, thousands of mourners have come out to pay their respects to the footballing great.

Here is a look at the various murals to remember and celebrate the legend of Maradona. A football fan waves as he stands in front of a mural of Maradona in Naples, Italy. The city's football club Napoli has reportedly announced it will rename its stadium after the Argentine star. Maradona won two Serie A titles, the Coppa Italia and the Uefa Cup during his time in Italy. Photo: AP

Boy from the slums 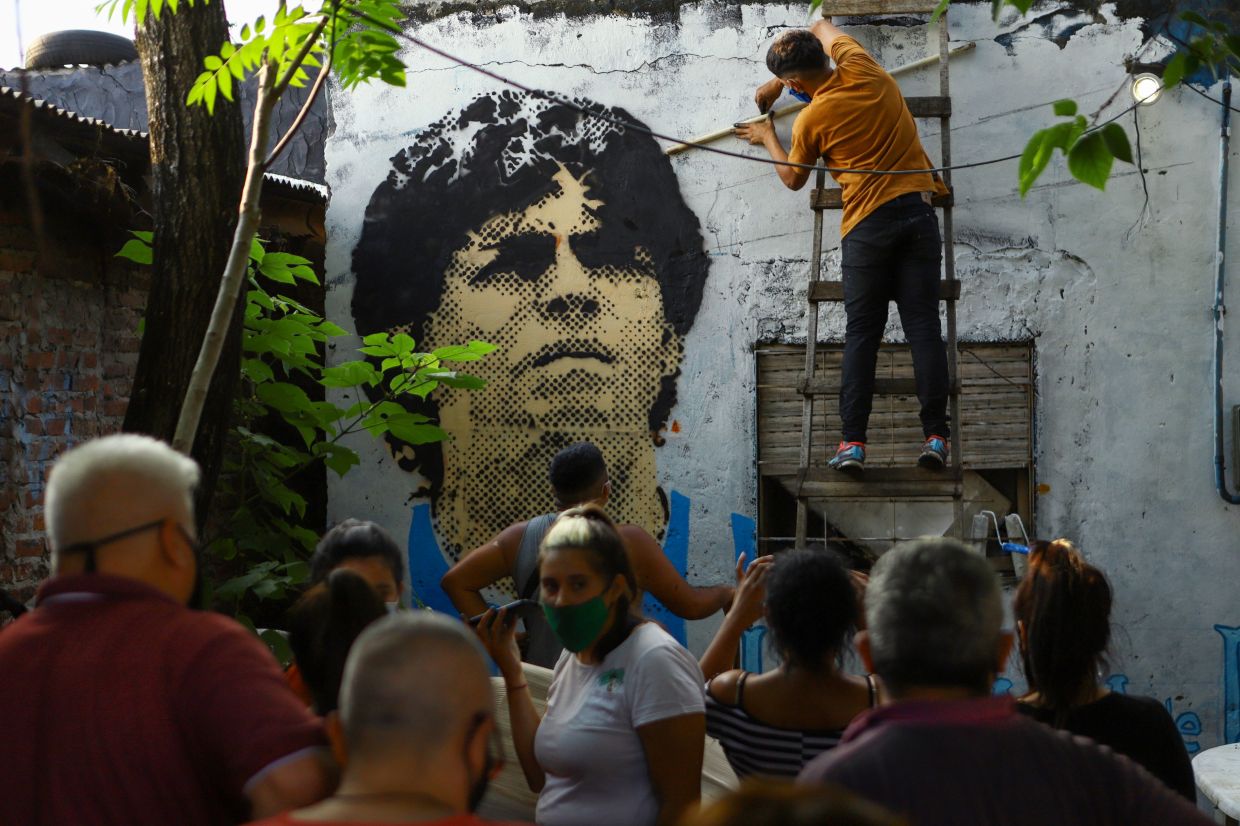 People gather outside the house where Maradona spent his childhood, as an artist paints a mural of the football legend, in the low income neighbourhood of Villa Fiorito, on the outskirts of Buenos Aires. Maradona grew up with neither electricity nor running water. As a child, he made money however he could – opening taxi doors, selling scrap, collecting the foil wrapping from cigarette packets. Football was his ticket to escape a life in poverty. Photo: Reuters A boy rides his bike next to a mural made by Brazilian graffiti artist Angelo Campos in honour of late Argentine legend Maradona at a favela (slum) in Rio de Janeiro, Brazil. 'El Pibe de Oro' means the 'Golden Boy'. "What sad news. I lost a great friend and the world lost a legend. There is still much to be said, but for now, may God give strength to family members. One day, I hope we can play ball together in the sky," Brazilian great Pele tweeted. Photo: AP

Where Maradona began his career 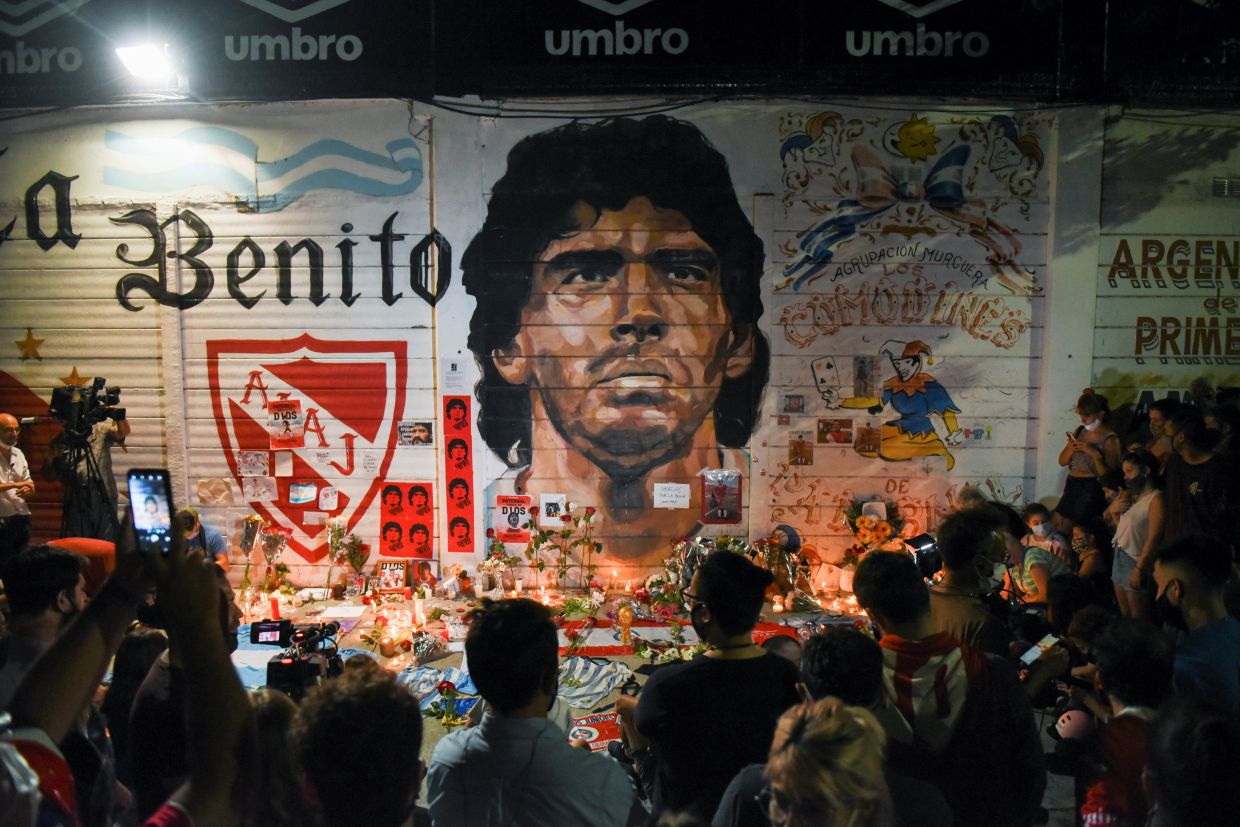 Football fans gather outside the Estadio Diego Armando Maradona of Argentinos Juniors football club, where he started as a professional footballer in Buenos Aires. A plaque at the main entrance of the stadium reads: “The best player of all time made his career debut in this stadium on Oct 20,1976.” Photo: Reuters

The hand of God Maradona's 'Hand of God' goal against England in the 1986 World Cup will forever epitomise the complicated legacy of the football genius. In October, Argentine street artist Uasen depicted the Argentine football star's infamous goal on a wall along Villa Palito, San Justo, La Matanza, Buenos Aires province. The mural was to celebrate his 60th birthday on Oct 30. Maradona was the manager of the Gimnasia y Esgrima La Plata football team there before his untimely death. Photo: AFP