The 1996 novel, written by the late Singaporean author Gopal Baratham, (1935–2002) will be adapted into a four episode limited series, to be directed by Shanjhey and Singaporean director K. Rajagopal. 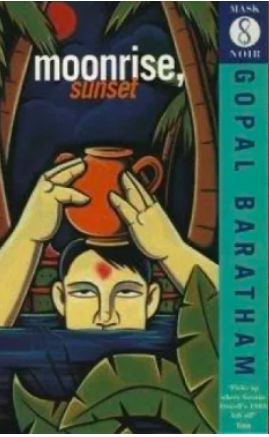 Gopal's 'Moonrise, Sunset' is a political thriller in the tradition of Graham Greene and Eric Ambler.

"I have read the Moonrise, Sunset novel, and I’m happy to be part of the project. I could resonate with the story and am equally excited about how I can add layers to it visually," wrote Shanjhey in a Facebook posting.

It is a project by international producer/distributor 108 Media, which is based in Singapore.

108 Media has also acquired the rights to other Singaporean books - The Art Of Charlie Chan Hock Chye (Sonny Liew) and Marina Bay Sins (Neil Humphreys) - to turn them into animated and live-action TV series.

Shanjhey is an acclaimed filmmaker most known for writing and directing Jagat (2015), a social drama which won the Best Malaysian Film award at the 28th Malaysia Film Festival in 2016.

"Shanjhey didn't just show a fantastic raw cinematic instinct in Jagat, he also presented a very humanistic side to himself as a filmmaker. I'm sure there were many people who wanted to fit him into different projects after the success of his debut film, but they probably did not take into account his sensibilities as a storyteller who wants to make an impact in the world around him. We see this series as a great vehicle for his artistic ambitions," says Justin Deimen, president of 108 Media.

"In the Moonrise, Sunset series that he's directing, we can observe powerful ideas of identity, race, power, justice, and love, all intertwined in a murder-mystery never seen before in the region. Shanjhey's not just a great Malaysian filmmaker, but he's a great South-East Asian filmmaker so we're looking forward to having him work in an international production," he adds.

Moonrise, Sunset is the story of How Kum Menon, a man of Chinese and Indian descent, who falls asleep in a park with his fiancée Vanita Sundram. He awakes to find her murdered. How Kum is accused of the murder, and has to prove his innocence.

The project is currently at the scriptwriting stage. It will be produced and shot in Singapore and targeted for international release in 2021 or 2022.