If there is a ready 'stay home' audience, virtual theatre shows and performing arts livestreams wouldn't be too out of place in the post-pandemic world. Photo: AFP

Kelvin Wong, arguably one of the most active theatremakers in the Klang Valley, is a pragmatist at heart.

The Covid-19 pandemic and the government’s movement control order (MCO) may have forced Malaysian theatre to go dark. It may very well be a long road to recovery.

Buying a ticket to catch a theatre play would be the last thing on everyone’s mind in the months ahead.

Instead of viewing this as the death knell for the performing arts scene here, Wong realises that this gives theatremakers a new opportunity to rethink the very notion of creation and theatre itself.

“Artists – all the way back to the Black Plague in Europe in the Dark Ages – found ways to adapt and respond to major societal and political shifts. It’s naive to expect theatre and other performing art forms to return to exactly how it was before the pandemic, ” says the 34-year-old theatre lecturer/director in a recent interview.

In other words, Wong, who was trained at Chicago’s The Theatre School at DePaul University, believes status quo is not the way to go. There needs to be a shift to the new normal when Malaysian theatre reopens.

“The pandemic brings forth questions on time, ritual, community, isolation, boredom, loneliness, survival, hope, innovation and technology – some of these we’ve previously taken for granted. I think audiences, too, will have this in mind.

“When the time comes when it’s safe to meet in the theatre again, audiences will gather with a higher awareness of themselves, of each other, of their surroundings, of their community, and of the works they’ll witness. Artists will be held more accountable for the works they put up, ” says Wong. 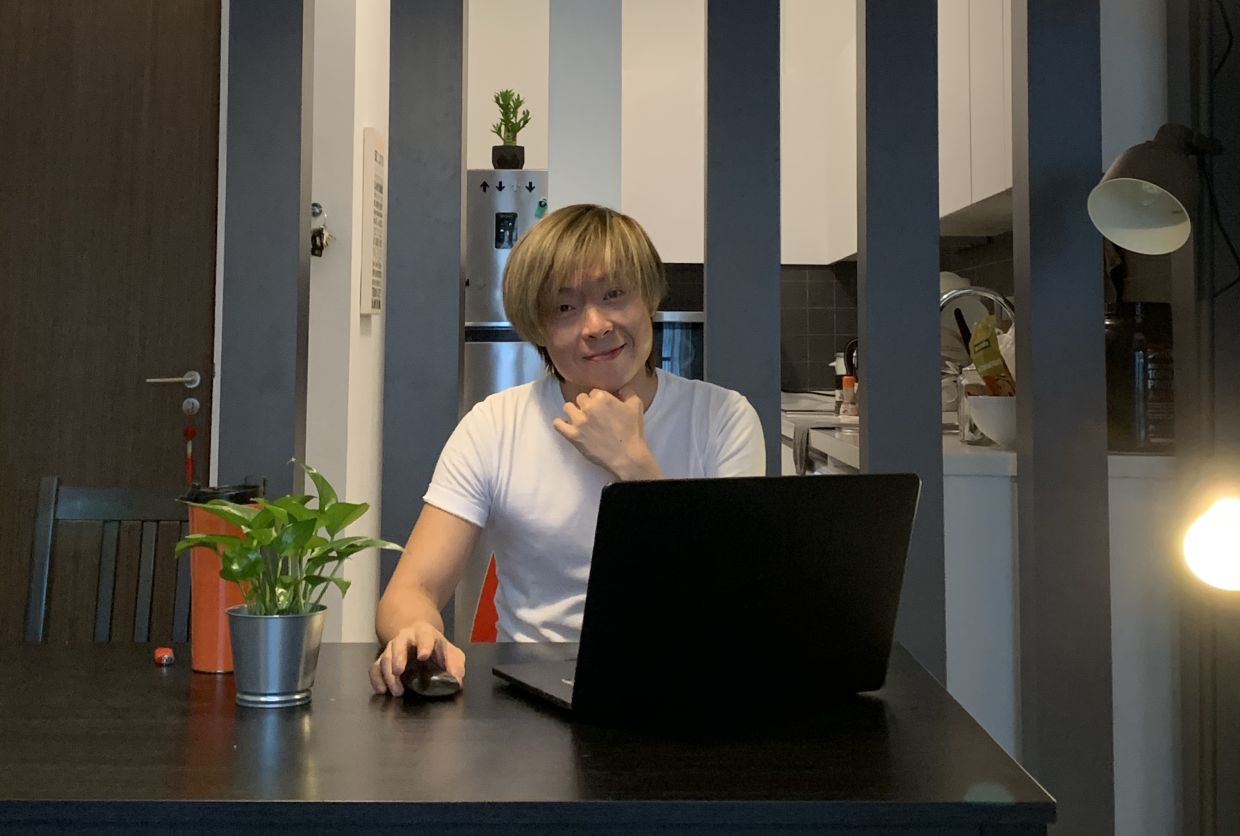 “I trust that creation is already happening – we’re absorbing, consuming, reflecting, and engaging with ourselves and our colleagues, quietly and loudly, in our homes.

“The question next then becomes that of intention, form, and content. If we continue to create with urgency, awareness and a strong regard for the here and now, we will recoup our audiences, ” he continues.

Wong, who directed thought-provoking shows such as Brohemia! (2019), The Bee (2018) and 4.48 Psychosis (2017), is certain his theatre company Theatresauce’s newest works would follow this path.

The Subang Jaya-based theatre outfit that he founded in 2016 was originally slated to kickstart its 2020/2021 season in October.

With post-MCO Malaysia looming, Wong is in no rush. He is looking at an early 2021 season premiere.

Moving forward, Wong adds that digital theatre can no longer be ignored here. For now, theatre companies from around the world have put up past performances online, a move that also underlines the importance of digital archives.

“That’s saying theatre is here to stay. But will this change the notion of theatre, when we get back to running our lives in the flesh?

“The pandemic has changed the way we see, relate, connect and exchange information. We’ve forged a closer relationship with screens – our laptops, televisions, phones.

“Theatresauce must consider these when we get back to making our work. The death of theatre is imminent if we returned to things as if this pandemic didn’t happen, ” warns Wong.

He admits that he’s already thinking about an amalgam of digital into live performances – beyond the use of projections.

“The screen, then, functions as a performer who contributes to the performance language. The permutations are endless and exciting," he notes.

Technology and theatre will be a combination that you cannot ignore any longer. At present, virtual theatre shows offer new collaborative possibilities, especially with performers based in different locations right to staging performances via platforms like Zoom or Google Hangout, which can attract international attention.

“It’s great to have options – we live in a culture of choice, don’t we? There’s no right or wrong way around our art."

While Wong admits that moving theatre digitally entirely seems like the most logical thing to do now, he also sees “this as a knee-jerk response to an anxiety to need to exist and stay relevant in times of uncertainty.”

One thing is certain: the arts industry is much more than just entertainment.

If history has taught us anything about theatre, it’s that it has been a coping mechanism to make sense of the world around us.

Essentially, unlike what the Tourism, Arts and Culture minister Datuk Seri Nancy Shukri said in a TV interview last week that the arts industry merely complements tourism, the arts play a much bigger role in society.

“The government needs to realise also, if they haven’t already, that people – especially during times of a pandemic quarantine – turn to the arts for solace and sanity."

Wong points out the important roles of psychologists, psychiatrists, mental health workers and then the need to have artists.

"I believe there is a strong correlation between a society’s mental health with the amount of arts they have access to, either as creator or spectator. I trust it will be a matter of time before our government realises that. My hope is that they’ll do something about it.

“Pockets of artists will continue to exist, and they’ll continue to find ways to make work, even if it breaks them – but until they get the backing from society and the government, their impact will continue to be felt in small bursts and silos, ” concludes Wong.