This Good Friday, the global Bach family will be singing together virtually in the 'Passion, Proof Against The Pandemic performance. Image features the statue of the German composer at St Thomas church in Leipzig, Germany. Photo: Handout

Bachfest Malaysia, a classical group based in Kuala Lumpur, is a part of this international performance.

The main portion of St John Passion will be performed by one tenor and two instrumentalists in Leipzig, and they will be joined by five professional singers, as well as other groups performing via video from around the world.

Bachfest Malaysia has recorded a chorale performance of O Hilf, Christe, Gottes Sohn’ (O Help, Christ, God’s Son’), and the video will be used as part of "Passion, Proof Against The Pandemic", a chamber-music Bach tribute.

St John Passion by Bach was written in 1724. It was performed at St Nicholas’ Church in Leipzig for the first time on Good Friday that year. It has since become a tradition, and is usually performed all around the world on Good Friday.

Bachfest Malaysia will stand (virtually) alongside world-renowned Bach interpreters and artists such as Ton Koopman, Klaus Mertens and Rudolf Lutz and his J.S. Bach Foundation of St Gallen in this performance organised by the annual Leipzig Bachfest. 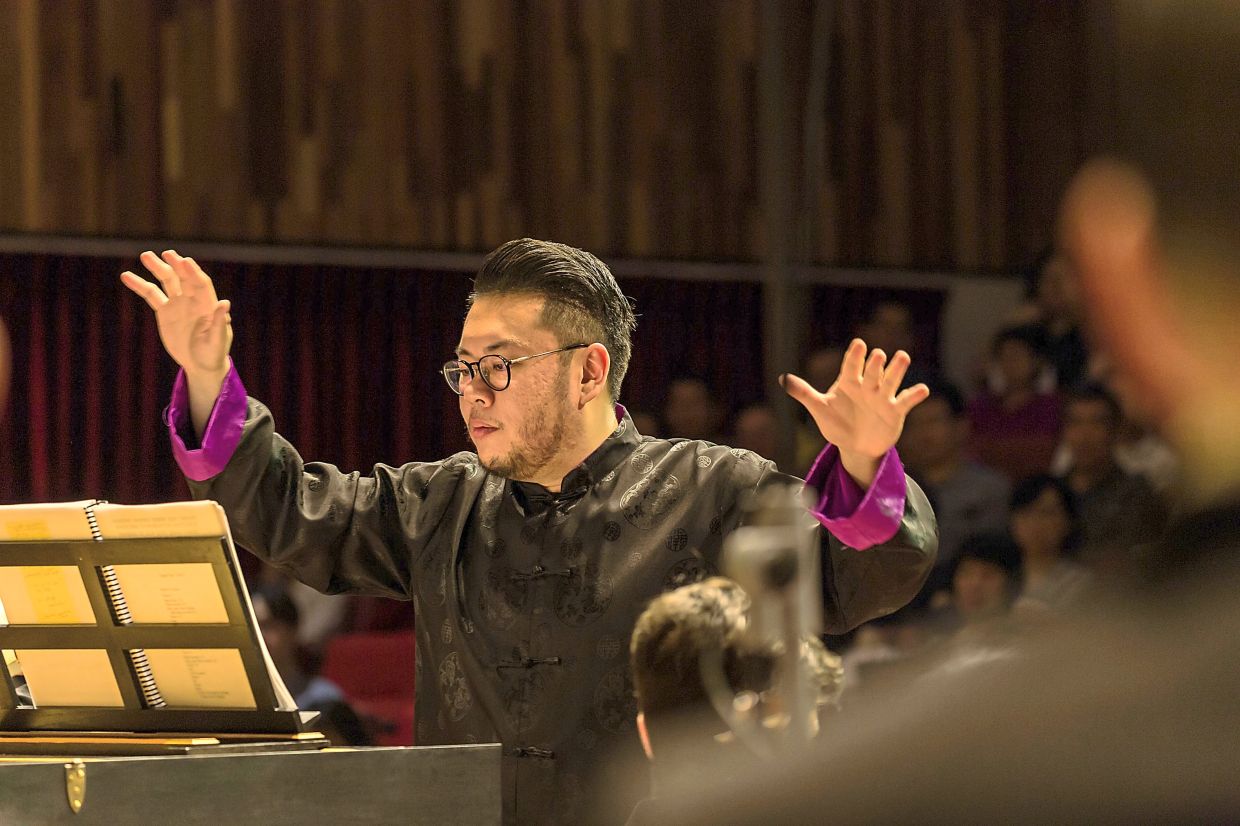 The international artists and choirs, including Bachfest Malaysia, that had been due to perform at the now postponed Leipzig Bachfest 2020 festival in June, entitled ‘Bach – We Are Family’, will be participating via video link for the upcoming Good Friday performance.

"At this year’s Bachfest, nearly 50 Bach choirs from all continents were to make music together in all kinds of ways," says Prof Dr Maul in a recent interview on the Gramophone website.

"By advancing this special production of the St John Passion to Good Friday, we hope to have the global Bach family singing together at least once virtually – at the right time, in the right place. Of this I am certain: it will be a very moving event for all of us," he adds.

“Bachfest's Caleb Woo, a renowned baritone from Hong Kong, helped us mix the sound. He spent about four hours producing a soundtrack of less than 1:30 minutes, and I spent about 12 hours making the visual part of the video."

Chin adds Bachfest Malaysia's performance had to be pre-recorded due to technical issues.

“It is impossible to perform this live virtually. There will be lagging, no matter how well the connection is."

Chin is delighted to see Bachfest Malaysia playing a role in this Good Friday concert in Leipzig.

“All chorales in Bach’s St John Passion are very personal and reflective. The one we have been assigned is very fitting for what we as global citizens are going through at the moment, as it is about calling out to God for help and being grateful during difficult times."

Bachfest Malaysia, established in 2015, aims to promote the music of J.S. Bach in Malaysia and beyond. Last month, it caught global attention with the Through Music We Are Connected video, featuring a performance of Bach's St Matthew Passion. The video has attracted over 300,000 views on Facebook and Youtube.

"Passion, Proof Against The Pandemic" will be performed at St Thomas Church, Leipzig, Germany on Good Friday on April 10. Local music fans can catch the live stream on the Bach Archive’s Facebook channel on April 10, 9pm Malaysian time.