'My job has not only been to publish and distribute books but also to try and encourage a new generation to have an interest in our work and to contribute to the country's intellectual culture. This is what I hope to continue to do,' says Chong, founder of Gerakbudaya. Photo: Gerakbudaya

Led by Norwegian publisher Kristenn Einarsson, IPA's Prix Voltaire shortlist was announced on March 10. The award recognises exemplary courage in upholding the freedom to publish and in enabling others to exercise their right to freedom of expression.

Gerakbudaya, formed in 2000 by Chong, aims to contribute to the development of a progressive intellectual culture in Malaysia by publishing important books at prices that are accessible to a wide cross-section of the country's population, and in multiple languages.

“I am very honoured to have been nominated for this award, which I know has been awarded to many other publishers who have fought against censorship and injustice around the world. I am also happy to be nominated alongside other publishers in Turkey, Vietnam and Pakistan who facing similar challenges still continue to struggle for freedom of expression in their societies. Their work inspires me in my struggle in Malaysia, ” says Chong (popularly known as Pak Chong in the literary scene here).

The award mentions that the nominees put themselves at great risk in their publishing, which Chong notes, but at the same time he wonders why the publication of books should be such a controversial topic which needs policing and censoring.

Recent Gerakbudaya books include The Sarawak Report on the 1MDB scandal, other publications have focused on other voices from Malaysia’s recent political history as well as on deforestation, which is a source of corruption in Malaysia.

“The problems we face as publishers comes not only from government bodies but also the fear of bookshops and readers around controversial or sensitive topics. People have to become more open-minded, less scared and more willing to challenge themselves through reading.

"Only then can we become a truly progressive society with a thriving intellectual culture. We know that publishing on certain topics might cause us problems with the government of the day, but I firmly believe that we shouldn't bow to pressure or be easily intimidated when it comes to the distribution of vital information or alternative points of view, ” he says.

Gerakbudaya is based in Petaling Jaya, Selangor. Its SIRD imprint (Strategic Information and Research Development Centre), with a focus on academic books, was established in 2003. It publishes over 40 titles a year across three languages - English, Bahasa Malaysia and Chinese.

Chong comments that Gerakbudaya and other similar organisations are needed more than ever to help provide spaces for young Malaysians to learn from our struggles of the past and to continue to fight for freedom of expression and the freedom to publish today.

“My job has not only been to publish and distribute books but also to try and encourage a new generation to have an interest in our work and to contribute to the country's intellectual culture. This is what I hope to continue to do, ” he says.

"The 2020 IPA Prix Voltaire shortlist is made up of four remarkable publishers who put themselves at great risk to bring books they deem valuable to readers. We celebrate their bravery and thank them for being an inspiration to publishers around the world," says Einarsson.

The winner of this year's award will be named at the IPA’s 33rd International Publishers Congress in Lillehammer, Norway (May 28-30). 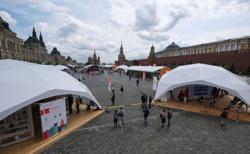 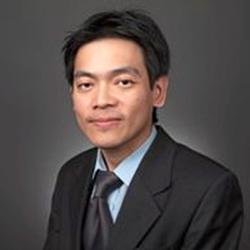 UTAR PhD grad’s research is the most downloaded 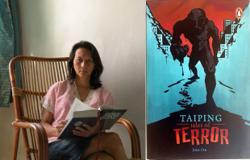