Set for release in November, The Eternals could bring the Marvel Cinematic Studios to a different cosmic level altogether. Here’s the lowdown on this race of superhumans.

If there is one conversation that best sums up the first three phases of the Marvel Cinematic Universe (MCU), it would be the one between Thanos and Iron Man at the end of Avengers: Endgame. You know, the one that goes:

Thanos: I am inevitable.

Tony Stark: I am Iron Man. For me, that moment ranks all the way up there as Darth Vader’s “I am your father” line in The Empire Strikes Back. But post-Endgame, who else can deliver screen magic like that? Well, looking at the Phase Four’s offerings (which begins with next month’s Black Widow), there is one candidate that looks destined to propel the MCU to another dimension!

Going back to the above-mentioned line of dialogue, I’ve added this character into the mix:

Thanos: I am inevitable.

Tony Stark: I am Iron Man

Ikaris: I am Eternal!

Yes, this November, Ikaris and the Eternals will be hitting the movie screens, and the cosmic, celestial-sized theme of the film is already sounding much bigger than any of the MCU movies so far. If The Eternals can get a Guardians Of The Galaxy-type reception at the box office, who’s to say Phase Four (and the next phases) won’t be bigger than the ones that have come before?

If you feel that there has been not enough hype or build-up to The Eternals, for once, less is more, as group’s relatively clean slate grants the movie total creative freedom to carve out a niche for itself.

But before we look too far ahead into the future, this week, let’s take a look back at the Eternals, and find out who they really are. Ikkaris is one of the main characters in the Eternals.

The Eternals is not an ordinary superhero team. In fact, they are not a team at all, but an entire race of superhumans created by the Celestials, an immortal alien race that first set foot on Earth five million years ago.

While the Asgardians were mistaken for gods, the Celestials operated stealthily by experimenting on proto-humanity. This resulted in the creation of two divergent races – the ‘homo immortalis’ Eternals and the ‘genetically unstable grotesque beings’ called the Deviants.

True to their name, the Eternals cannot die. Even if they do die (by way of destroying all their regeneratable molecules), they can still resurrect (somehow). Hence, this makes the Eternals omnipotent and to top it all, they all have super-strength, and the ability to control human minds.

Each Eternal also has a special power that can rival that of the Avengers. For instances, Ikaris has Superman-like powers, Kingo is cosmic-powered, Makkari is super speedster, Phastos is the brains in the team, Gilgamesh is in the same class as Hercules, and Thena is the Wonder Woman-equivalent. The Eternals were created by the legendary Jack Kirby.King Kirby reigns

The Eternals made their comics debut in 1976, courtesy of Jack ‘King’ Kirby. Ironically, the Eternals concept was a re-hash of Kirby’s unfinished New Gods - his myth-meets-sci-fi creation for DC Comics, which abruptly ended. Despite not being able to complete (again!) his overall blueprint at Marvel, Kirby’s Eternals did managed to permeate into the Marvel Universe via the pages of Thor, and spinoffs involving Jim Starlin’s Titanians (not the DC-version) and Stan Lee’s Uranians.

One notable point here is that past MCU efforts were very much Stan Lee-driven (despite Kirby’s co-creating influence on the Avengers, Hulk, Thor, Iron Man, etc) but the Eternals is 100% Kirby, which would be interesting to see whether the House of Ideas/Disney will capitalise on that in a post-Stan era. 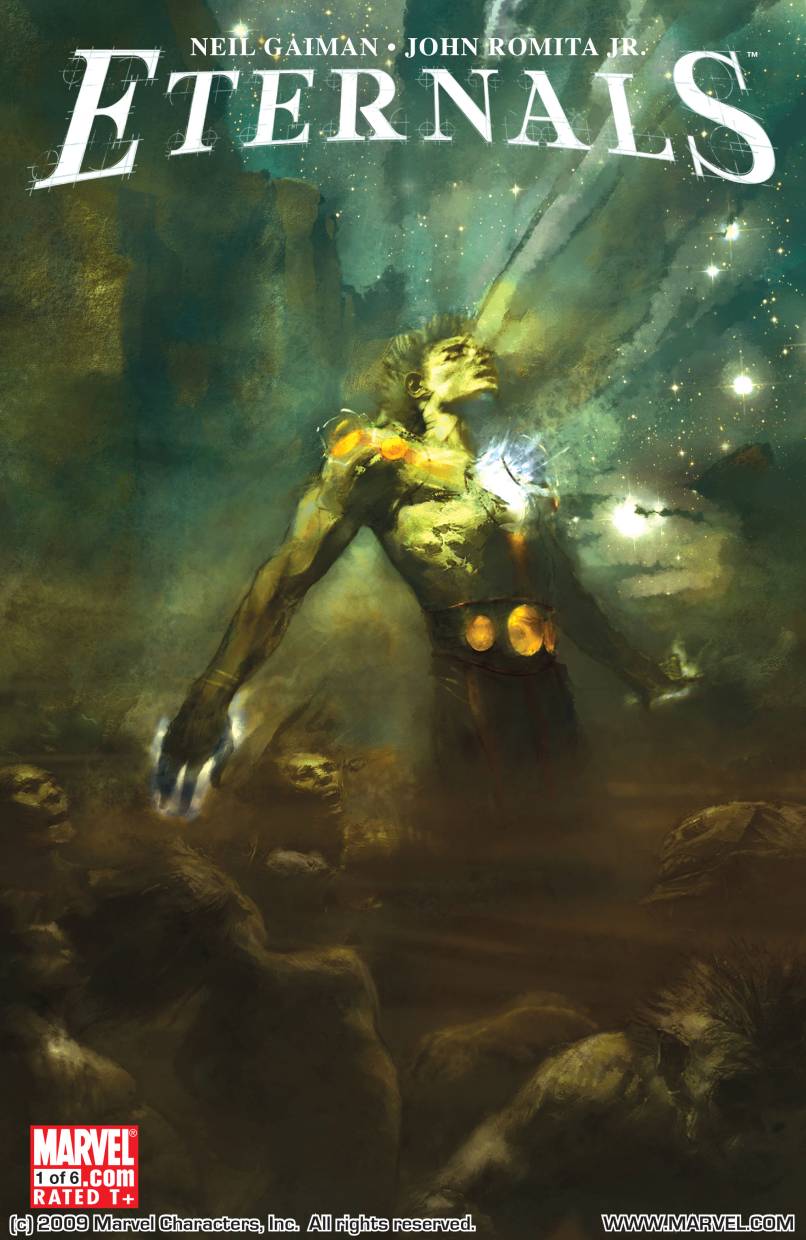 Chances are, the movie will take more elements from Gaiman's stories rather than Kirby's.

Like the Guardians Of The Galaxy, the Eternals’ comics were hardly essential reads. Kirby’s less than two dozen issues was followed by a 1985 12-parter and a 2000 one-shot that barely registers a blip on the cosmic comics charts. One exception was the 2006 limited series written by Neil Gaiman with art by John Romita Jr.

In Gaiman’s story, the Eternals have somehow been rendered inactive, their memories as Eternals lost and are now mortal and living as normal humans. But a man named Ike Harris (geddit?) thinks otherwise, and starts going around meeting other suspected Eternals to try and ‘wake’ them up as well, including a med student named Mark Curry, and a socialite named Sersi.

Re-reading this seven-issue limited series in a post-Endgame era, it’s easy to see just how the Eternals could be incorporated into the MCU, so don’t be surprised if the movie turns out to be mostly based on Gaiman’s story, and not Kirby’s. The Celestials could be the MCU's biggest threat yet.

Thanos is gone, Iron Man is dead, and Captain America has passed the shield to someone else. So what’s next for the MCU? Who can be a bigger threat than Thanos, the Mad Titan and his Infinity Stones?

With the Fantastic Four now back with Marvel Studios, Galactus would have been a formidable adversary. But there is a threat that is even bigger than Galactus... the Celestials, a.k.a. the creators of the Eternals!

To give this an even wider cosmic reach, it turns out that Earth wasn’t the Celestial’s only playground – they also conducted the same experiments elsewhere (including the Kree and Skrull homeworlds).

We’ve already been treated to a glimpse of the Celestials in the first Guardians Of The Galaxy, in which The Collector explained how the Celestials were able to wield the Infinity Stones and destroy whole planets with them. Guardians of the Galaxy Vol. 2 went one better – its villain, Peter Quill/Star-Lord’s father Ego the Living Planet, was revealed to be a Celestial himself!

Thanos himself actually has a connection to them – Thanos, who is the son of Mentor (aka A’Lars), a progenitor of the second Eternals colony, and Sui-San, the last survivor of the original settlement of Eternals.

Despite his links to the Eternals, Thanos is usually counted as a Deviant because of his purplish skin, which is attributed to a Deviant syndrome.

With Thanos being such a prominent figure in the MCU, we’d expect his name to pop up in the Eternals movie as well. We can’t wait! Ah, if only Iron Man were still alive in the MCU; we could have had scenes like this one.
Article type: metered
User Type: anonymous web
User Status:
Campaign ID: 18
Cxense type: free
User access status: 3 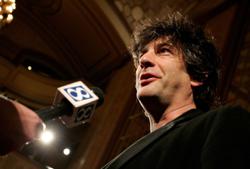 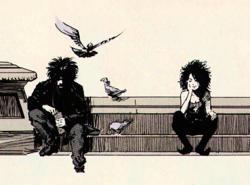 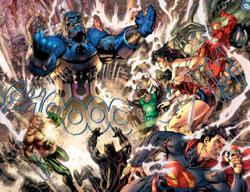