Led by Harley Quinn, the upcoming Birds Of Prey movie features a team that will be quite different from the original comic book version.

This year’s slew of superhero movies kicks off today with Birds Of Prey (And The Fantabulous Emancipation Of One Harley Quinn), based on the DC Comics superhero team of the same name. However, the movie Birds Of Prey team is very different from the comics version. (You can read our review of the movie here: 'Birds Of Prey': All hail the Quinn.)

The first version of the Birds of Prey was created in 1995’s Black Canary/Oracle: Birds Of Prey. It was pretty much just a partnership between Black Canary and Oracle, aka Barbara Gordon, daughter of police commissioner Jim Gordon, who also served as the first Batgirl before she was paralysed from the waist down after being shot by the Joker in The Killing Joke. 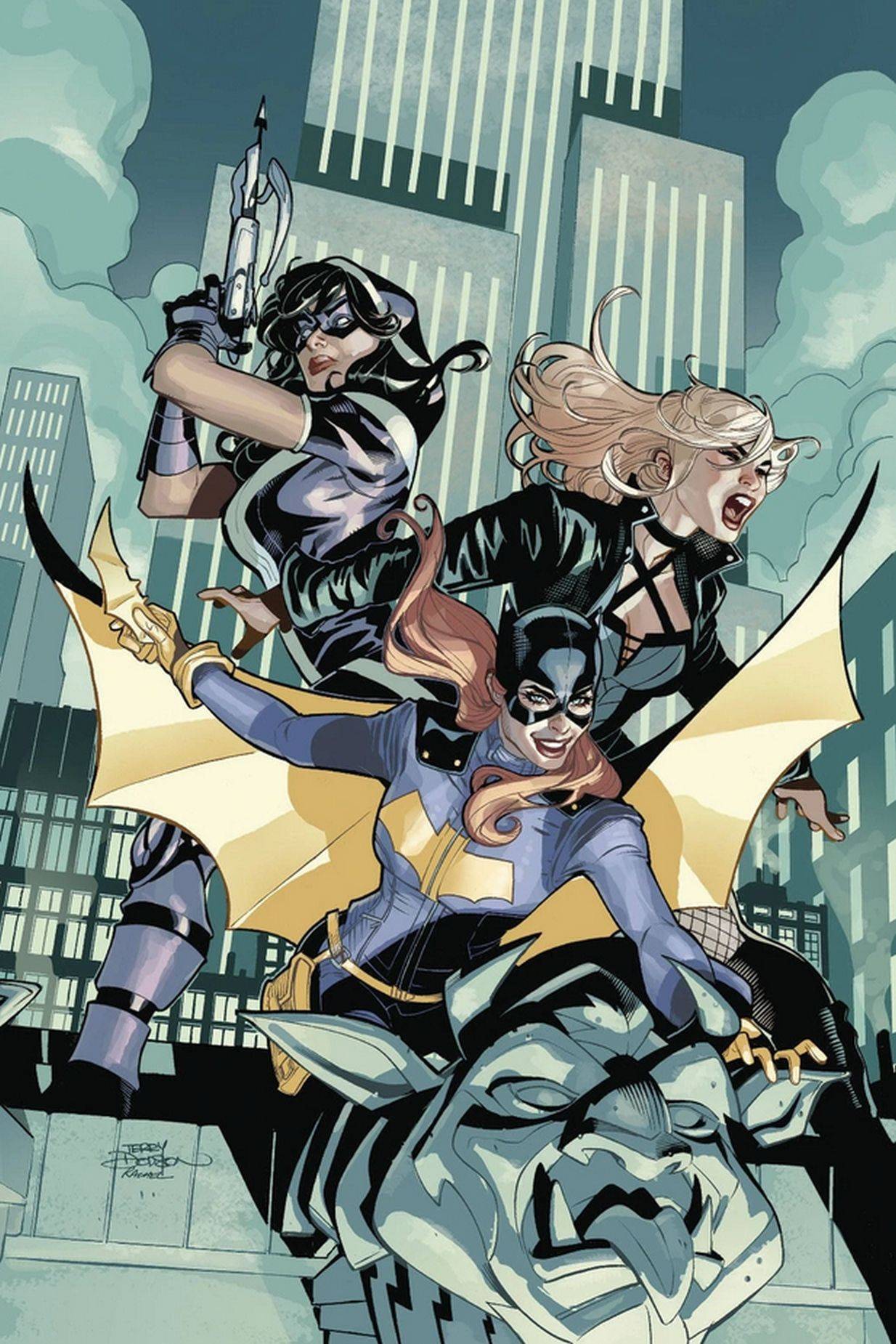 The original Birds of Prey was formed by Oracle/Batgirl, Huntress and Black Canary.

Reinventing herself as Oracle, Barbara teamed up with close friend Dinah Lance, and together, they eventually form the Birds of Prey, with Barbara serving as the brains and information hub for the team, and using an extensive information network, photographic memory and expert hacking skills to guide the team remotely.

The other original members of the team included Helena Bertinelli/Huntress and Zinfa Blake/Lady Blackhawk, who served as the team’s pilot, and was the one who supposedly coined the name, “Birds of Prey”.

Throughout the years, there have been different versions of the team, with different sets of members. Although it started out as an all-female team, there was never a rule that only women could be members, as over the years, the likes of Wildcat, Nightwing, Hawk and even Blue Beetle have joined or helped the team on different occasions.

In the movie, however, the team is apparently formed and led by Margot Robbie’s Harley Quinn, which will probably change the entire team’s dynamic completely. There’s also no Barbara Gordon, although we do have two former Batgirls – Cassandra Cain and Helena Bertinelli.

Here’s a lowdown on the team that will be featured in the movie, set for release next month.

We’ve featured Miss Harleen Quinzel quite a bit in this column before, but we’re still amazed at just how popular the character has gotten since she made her debut in the 1992 Batman: The Animated Series episode, Joker’s Favor.

A former psychiatrist who became obsessed with the Joker, she has since stepped out of “Mr J’s” shadow to become her own woman, starring in her own best-selling series, and even headlining the 2016 Suicide Squad movie (despite having no superpowers to speak of). The new Birds Of Prey movie version is more in line with the current independent version of Harley rather than the one who was just the Joker's sidekick.

More on Harley in this past Worlds of Wonder story: 5 things that make Harley Quinn the Queen of DC. 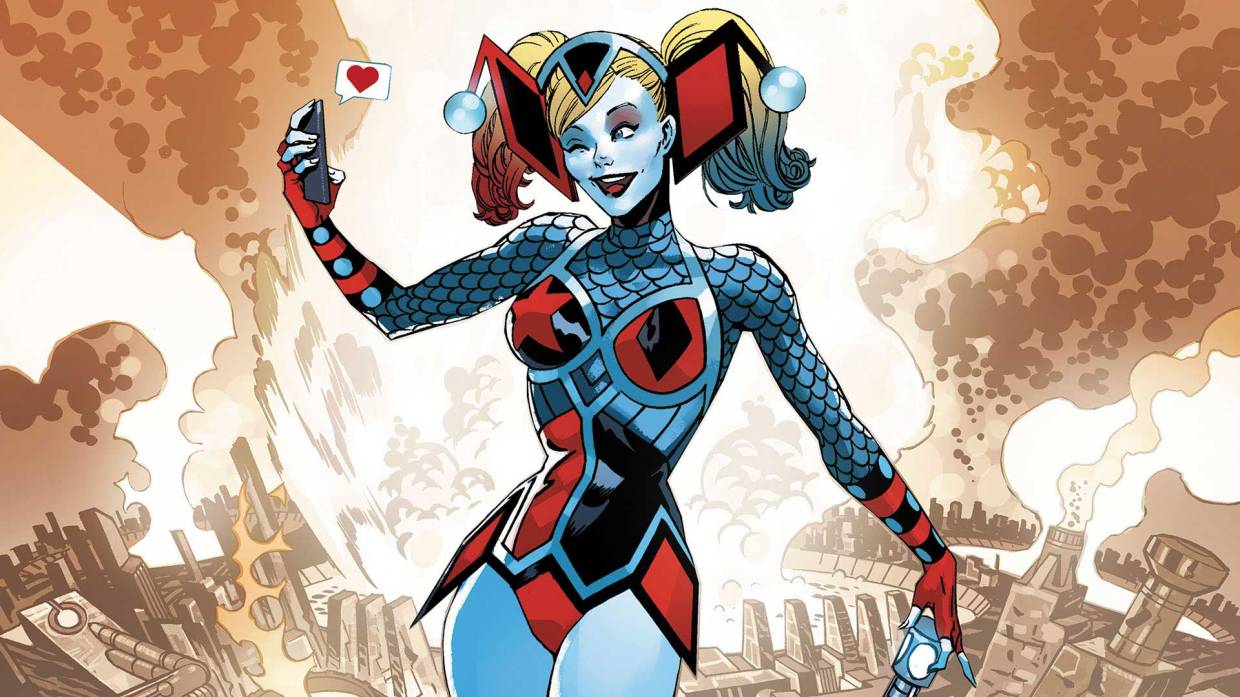 No need for Puddin' for this Quinn. 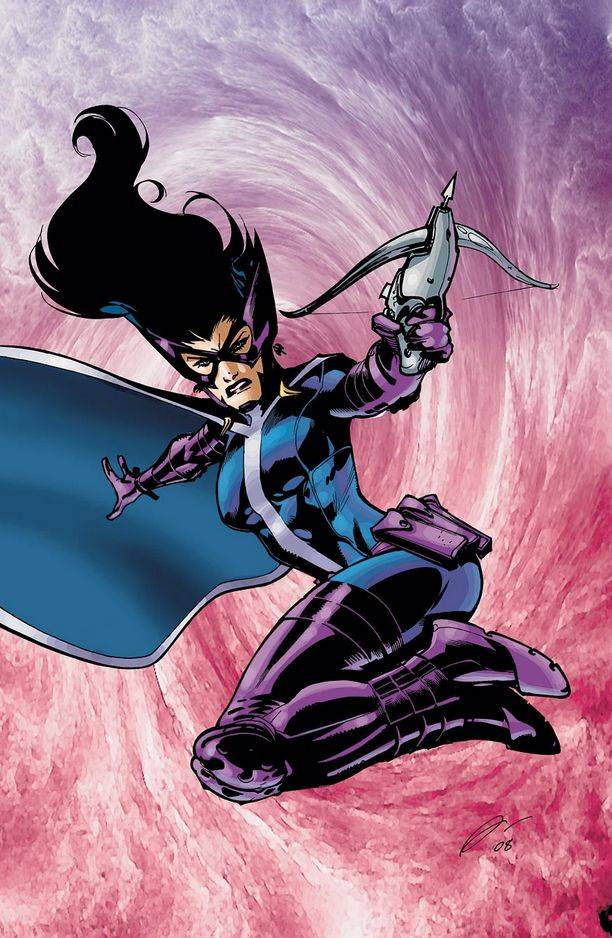 The Huntress is also a long-time ally of the Batman.

Helena Bertinelli is actually the third character to use the name “Huntress”. The original Golden Age Huntress created in 1947 was actually a supervillain whose real name was Paula Brooks.

The second character to bear the name was Helena Wayne, the daughter of Earth Two’s Batman and Catwoman of Earth-Two, home to Golden Age heroes such as Jay Garrick/Flash and Alan Scott/Green Lantern. Her first appearances came in 1977’s All Star Comics #69 and DC Super Stars #17, which came out the same day.

Unfortunately, Helena Wayne was subsequently wiped from the main DC continuity after 1985’s Crisis On Infinite Earths, which brings us to the current version of Huntress, Helena Bertinelli.

First introduced in 1989’s Huntress series, her origin story has not exactly dated very well. Born into a prominent mafia family, she was kidnapped and raped by a rival mafia head, and after witnessing the death of her parents, she vows to put an end to the Mafia once and for all. In 2000, Greg Rucka gave her a much better (but no less tragic) origin in the Batman/Huntress: Cry For Blood miniseries, in which an eight-year-old Helena witnessed the murder of her entire family in their home.

Known for her fearsome fighting skills and lethal use of a crossbow, Huntress has long been considered an ally of Batman, and has even taken up the mantle of Batgirl. She is also one of the original members of the Birds Of Prey.

The name Dinah Lance should sound familiar if you’ve been following the Arrowverse. The character was created by Robert Kanigher and Carmine Infantino and made her first appearance in 1947’s Flash Comics #86 as a villain who was later revealed to be an undercover vigilante infiltrating a criminal gang.

Black Canary is highly skilled in many forms of martial arts, but her main superpower is her “canary cry”, which allows her to make ultrasonic vibrations in the air with her voice.

While a hugely popular character among comic fans, Black Canary has never quite achieved the sort of A-list status enjoyed by Wonder Woman, Batgirl, or more recently, Harley Quinn. She has played a major role in many a DC storyline though, and is probably best known for her relationship with Green Arrow. 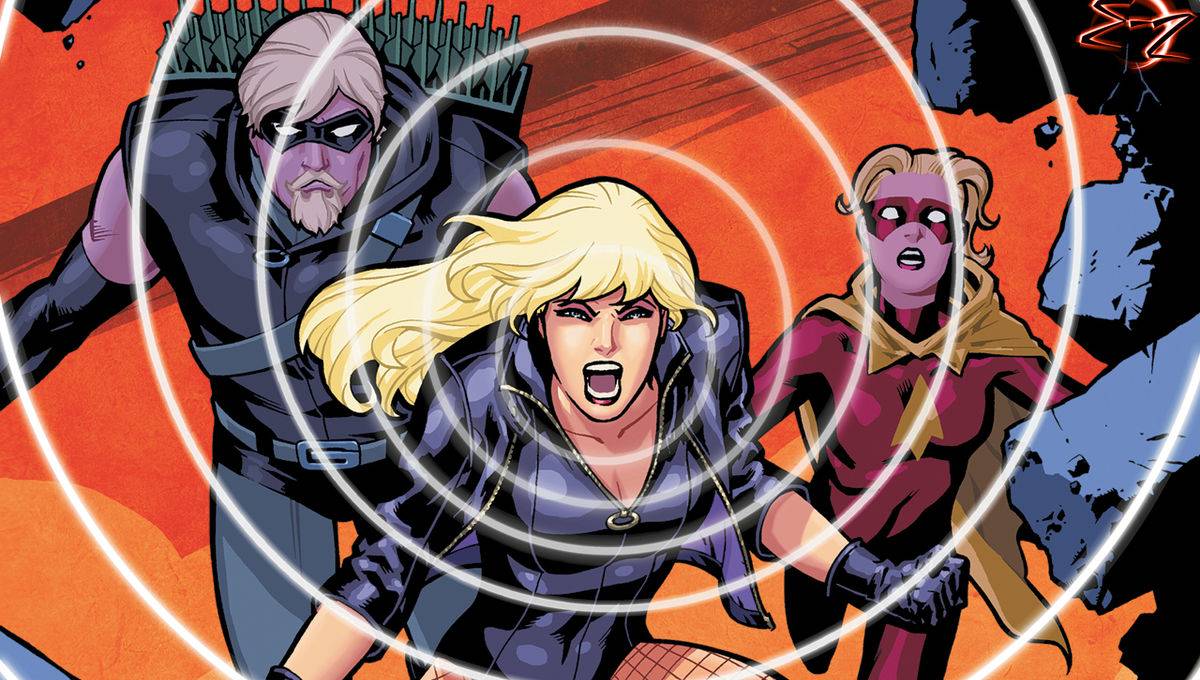 Black Canary is best known for her canary cry and her relationship with Green Arrow. 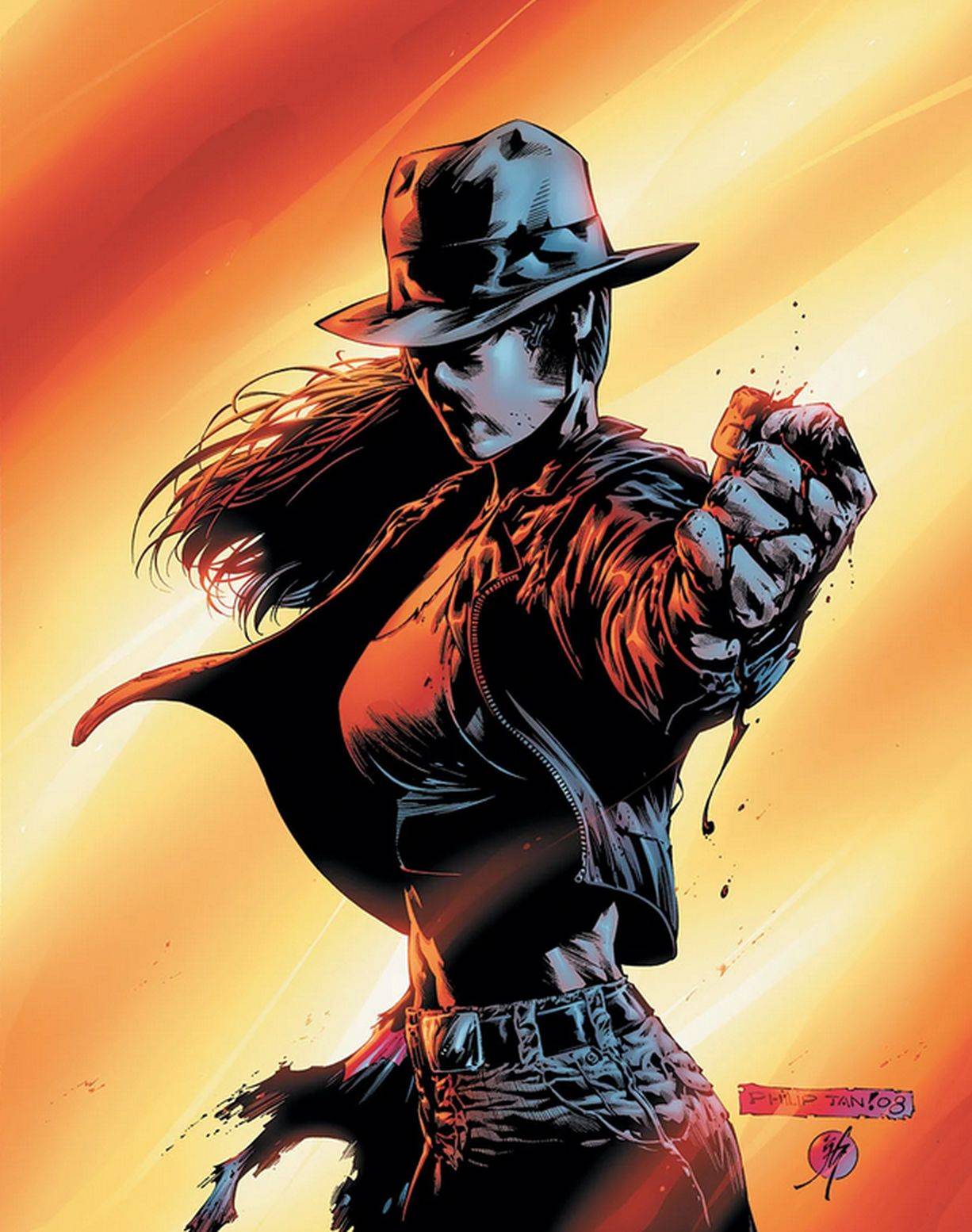 Renee started out as a detective with GCPD before eventually becoming The Question.

Like Harley, Renee Montoya was created for Batman: The Animated Series, though funnily enough, she actually made her comic book debut in Batman #475 before she made her TV debut.

A detective in the Gotham City Police Department’s Major Crimes unit, she was a recurring character in the Batman comics until Rucka’s seminal Gotham Central series put her in the spotlight as one of the series’ lead characters.

Renee got a further upgrade in 2006/07’s epic 52 story, in which she teams up with The Question to take down Intergang, but finishes the series taking over the Question’s mantle instead.

Still, Renee’s character didn’t really kick off from there, instead playing smaller roles in some of DC’s events (both as Renee Montoya and The Question). Most recently, she was reintroduced as The Question in last year’s Lois Lane #1.

More on Renee and The Question in this past Worlds of Wonder article: The who, what, where, when, why, and how of The Question

In the movie, Cassandra Cain is described as a young girl who is “threatened by Black Mask after she robs him”.

In the comics, however, she was one of 11, yes, 11 characters who have been Batgirl. However, the silent Cassandra is probably the toughest and most physical Batgirl of them all, being the daughter of assassins (Cain and Lady Shiva), and trained by Batman and Oracle to become arguably the most complete operative.

While it would have been cool to have this version of Cassandra in the movie, sadly, it doesn’t look like we’ll be getting that.

More on Batgirl and Cassandra Cain in this past Worlds Of Wonder article: Why Batgirl is more than just another Batman sidekick 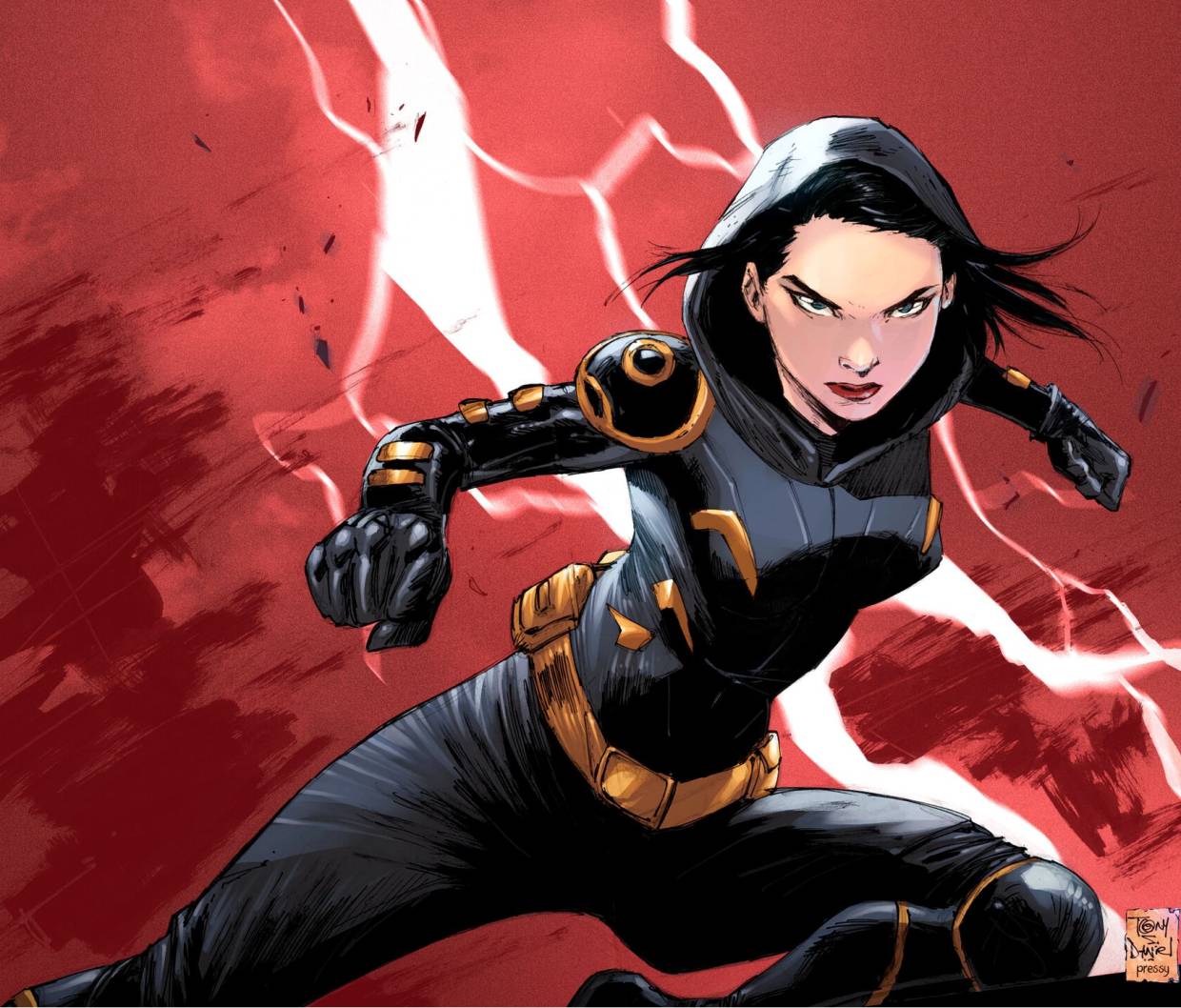 Cassandra is one of 11 characters who have been called Batgirl. 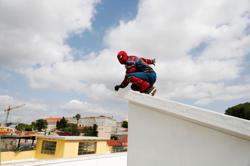 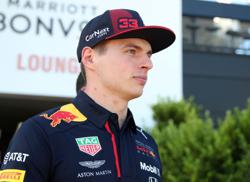 Verstappen and Norris team up for virtual Le Mans