'Rashomon': one murder, four points of view. What really happened?

The cast of the play 'Rashomon', which centres on a murder in a bamboo forest in feudal Japan. Photo: TRBANPHOTO

It's a case that would frustrate even the most qualified lawyer.

In classical Japan, a samurai has been murdered and his wife raped. A woodcutter discovers the body, and a notorious bandit claims responsibility for the crime. A trial is held, and testimony is heard from the bandit, the woodcutter and the wife. Even the samurai manages to tell his side of the story, after being summoned by a medium.

The thing is, all the testimonies contradict each other. Whose version of events is most accurate? Whose testimony is true, and whose is false? Who is lying... but is it possible that no one is?

Such is the tale of Rashomon, a short story by Ryunosuke Akutagawa. Most people know it through through the classic 1950 Japanese film by legendary director Akira Kurosawa, who combined two Ryunosuke stories. This multi-layered story of differing perspectives is considered one of the greatest films ever made, and marked Japan’s entry into world cinema.

In 1959, the play was written for Broadway by Fay and Michael Kanin.

The Actors Studio first presented a bilingual theatre adaptation (English/Mandarin) to audiences here in 2003 with a series of shows at The Actors Studio in Bangsar and Istana Budaya. In 2004, a version of Rashomon was performed at the Cheong Fatt Tze mansion in George Town. In 2013, a “modern” version with bright neon lights lit up the KLPac venue. 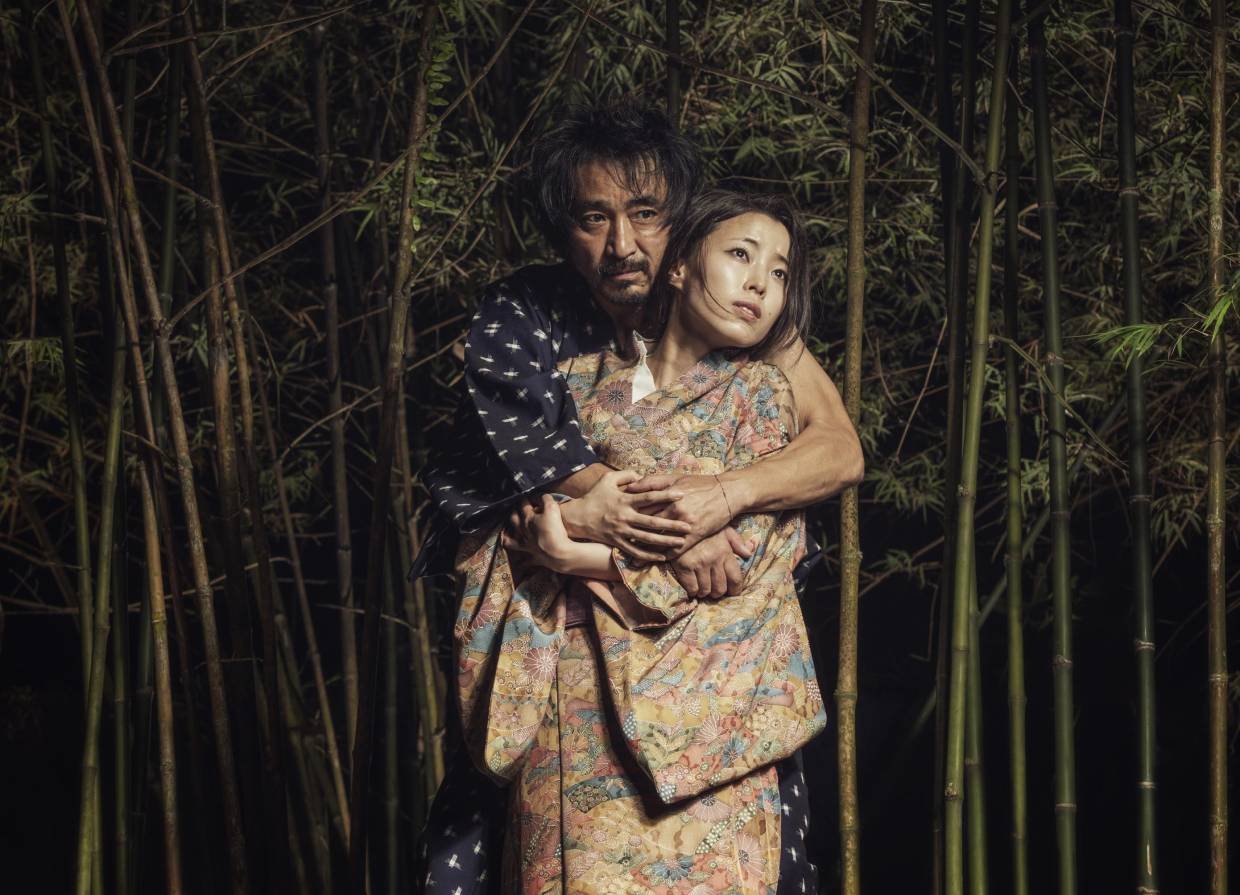 Did you bring mosquito repellent? Doppo Narita (left) and Maiya Goshima play the Bandit and the Wife in The Actors Studio's upcoming version of 'Rashomon'. The show, which features a bamboo forest on stage, opens on Feb 29. Photo: TRBANPHOTO

Later this month, Rashomon returns to KLPac in a signature dark production that pays tribute to the show’s core themes of investigating the nature of truth and meaning of justice.

It’s a tale stained by murder, theft, sexual misconduct, lying and intoxication. Through it all, director Joe Hasham has to guide his cast through a challenging script, which aims to impart a hopeful conclusion.

The upcoming take on Rashomon features Japanese actors Doppo Narita and Maiya Goshima, who play the Bandit and the Wife respectively. The show, presented by The Actors Studio and The Japan Foundation, KL, also includes a local cast of 12 actors.

“Rashomon is iconic. When we did the first versions in 2003 and 2004, we thought, what a wonderful piece of theatre! It’s one of the plays we’ve always felt very close to, and been desperately wanting to do again. We actually wanted to do it as part of our 30th anniversary celebration last year, but couldn’t fit in it, ” says Hasham, 72.

The show’s creative team is a mix of old and new, with many involved in previous Rashomon stagings returning. Doppo reprises the role of the Bandit from the 2013 version. Renowned butoh practitioner Lee Swee Keong, who played the character of The Priest in the 2003 production also returns, while Omar Ali, who was in 2013’s Rashomon, now plays the Samurai Husband. Datuk Faridah Merican, who directed the 2003 and 2004 versions, plays the character of the Judge. 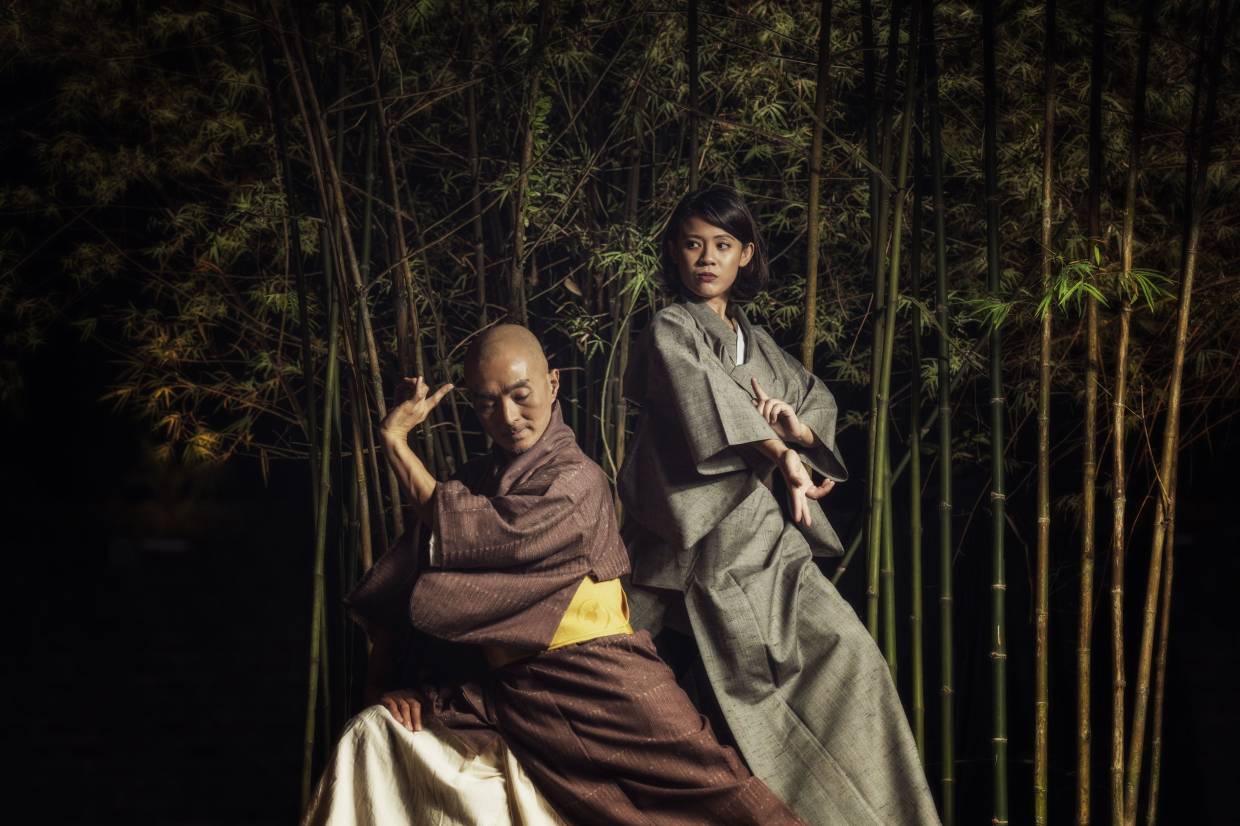 "The first time I played the monk in Rashomon was 16 years ago, and then I was just an actor playing the role of a monk. But in recent years, my dancing has moved towards the path of 'spiritual practice'. And so now the monk's character is something I have become familiar with according to my spiritual studies and observations," says Lee.

To add to the diversity, this version of Rashomon features actors conversing in Japanese, Mandarin and English. Hasham wants to pay tribute to the play’s Japanese origins, while at the same time being a reflection of 21st century multiculturalism. Subtitles would be projected on screen.

Actress Maiya admits she had to get her head behind the trilingual script.

“It can be very difficult. It wasn’t easy for me to get the feel of the other languages at the beginning. But now, I’m used to it, and it’s amazing, ” says Maiya, 31.

This is the second time Maiya, also a dancer, is acting in Malaysia. She appeared in The Actors Studio’s ballet production of A Streetcar Named Desire in 2014. Hasham reveals that he had wanted to work with her again and Rashomon provided the opportunity.

The story of Rashomon, Maiya says, is held in very high acclaim in Japan, and she is honoured to playing the Wife role. 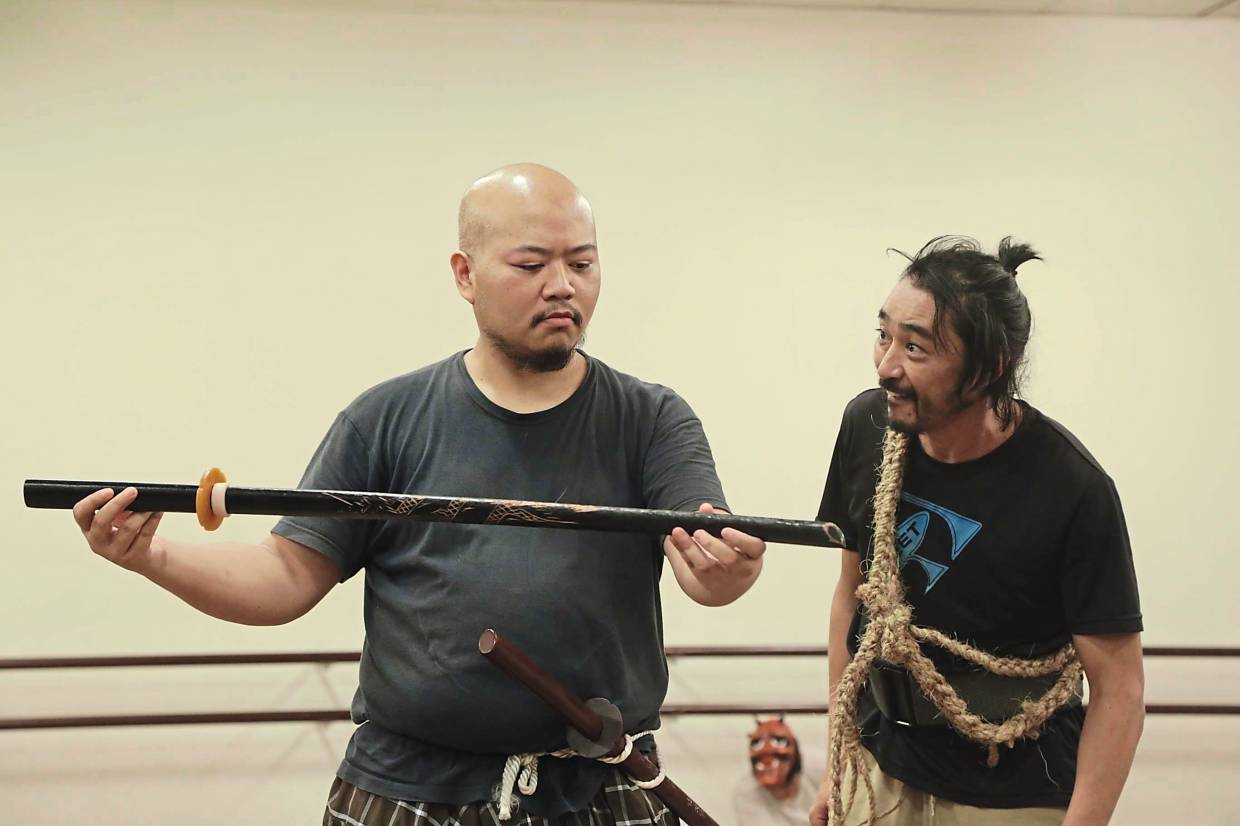 How do you make a samurai run? 'You sho gun'. The Samurai (Omar Ali) examines a sword while the Bandit (Doppo Narita) looks on during a rehearsal night. Photo: The Actors Studio

“The Wife has many faces and sides. She is kind and childish in one scene, and aggressive in the next (scene). There are many human feelings and failings involved. My favourite scenes are the seduction scenes. They have a certain beauty to them, ” says Maiya.

Faridah, 81, who portrayed The Wife in a Rashomon play directed by Abdullah Zainol in the 1970s, remembers the role well.

“The Wife is a wonderful character for any actor. Once you play her, you never forget her, ” says Faridah.

As The Judge, Faridah reveals that she won’t be having too many lines, but her presence on stage is integral to the powerful story.

For atmosphere and intrigue, the upcoming Rashomon production also features a bamboo forest carted on stage. The set was designed by Paul Hasham.

“That’s where a lot of the magic of the play comes from. The bamboo forest, in itself, gives you an eerie feeling. What could be in the forest? What’s lurking around the trees? You just have to sit in that forest, and you can maybe feel your hair stand on end. You don’t know what will come, ” says Faridah. 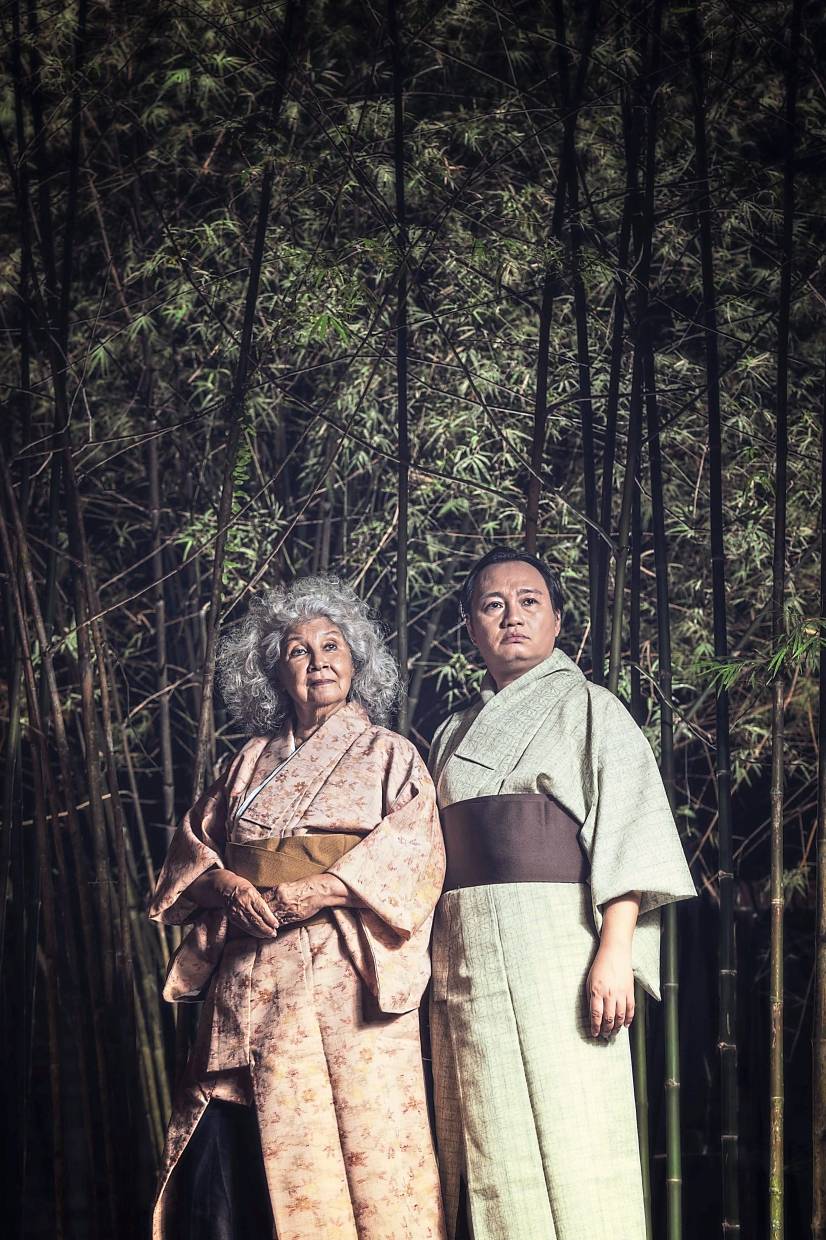 Glamorique (right), the Court Official, asks 'What does a judge put in her beverages?' Datuk Faridah Merican, who plays the Judge, answers: 'Just ice'. Photo: TRBANPHOTO

Some of the cast members will also be wearing Japanese masks in the play. The character of the Judge, for instance, would be wearing a Noh theatre mask covering her whole face.

Ho Lee Ching, who directs the show's movement with Chloe Tan, mentions that the show's ensemble movements and characters were mainly devised through the masks.

"There are two major fight scenes. Chloe and I did some research and tried to keep the movements as close to how a samurai would actually fight, hopefully it all works out well!" says Ho, who along with Tan, is also a cast member.

“It’s amazing what the musicians done. It’s virtually a soundscape, like a film score. It’s as if they’ve written the music to follow every detail. The musicians will be following the play’s action, it will all be very organic. And the best thing is, they will not overpower the show’s action, but complement it, ” reveals Hasham.

For Faridah, Rashomon, as a classic story, is even more relevant today in this age of misinformation.

“It’s a play that holds so many truths. It’s amazing how it started as a short story, became a film, and now, managed to inspire this striking piece of theatre, ” says Faridah.

Hasham mentions that there is a term now called “the Rashomon effect”.

“It’s quite relevant, all around the world. I’ve always liked the psychology behind the play. People are concerned only with themselves, and what they believe is the only truth. When in actual fact, we all see things differently. What’s true for me may not be what’s true for you, ” concludes Hasham.

Don't lose your scripts! Theatremaker sees the importance of documenting his works 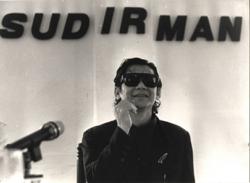 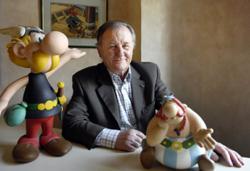 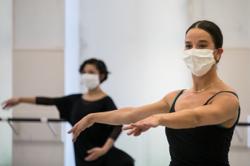