If he didn’t become an artist, he would probably be a drug addict. Cambodian artist Pen Robit says this quietly, seriously.

“It was art that saved me from this fate, it transformed my life, ” he says.

The 29-year-old simply feels that it would have been all too easy to go down that path in a world where “even young children openly sniff glue by the roadside”.

But Pen, the eldest of four children, had harboured dreams of being an artist from a young age.

“I was maybe 12 or 13 when I realised this, that there is nothing that makes me happier than when I am painting. This feeling has stayed with me till this day, ” he says.

Born and raised in Battambang, he graduated from the non-profit Phare Ponleu Selpak’s School of Visual and Applied Arts there in 2010.

Since then, he has had four solo exhibitions in Cambodia - one in Siem Reap and three in Phnom Penh, where he is now based. 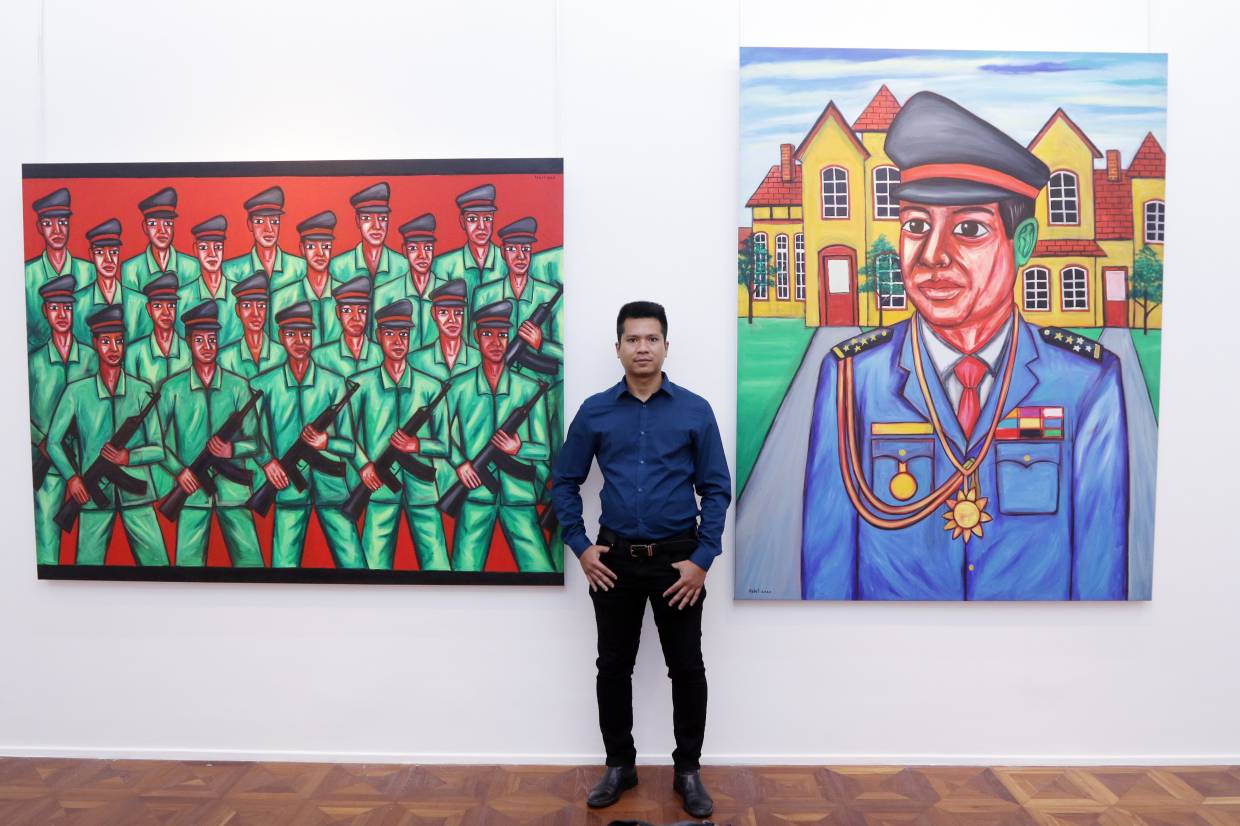 His current show Out Of This World at Richard Koh Fine Art in Kuala Lumpur is his first solo exhibition outside his home country, a showcase that boasts vibrant colours and symbolism heavy on military themes.

“I was born after the war, but its consequences are far-reaching. Seeing huge tanks on the road was so amazing to five year old me, but as I grew older, I started to better understand the impact of war on not just the nation but also my family. My father’s family was killed in the war, so this is a rather upsetting family story that will haunt us for generations, ” he shares.

But Out Of This World moves beyond the war story, even if it is something that is ever-present in Pen’s narrative.

“In this series, I have included my thoughts on other problems that plague society, like corruption and natural disasters.

“It also captures some elements of what I yearn for at times, even if I have my doubts that it is really what I want. It is really about all the things that touch me about life in general, ” he says. Pen has found a way to convey snapshots of reality, hard truths and all, through disarmingly charming symbolism.

In Nightfall Adventure, a headless horseman holding an oil lamp astride his horse seems obvious to fiery flames almost licking his feet. Is this someone with his head so far up in the clouds that ambles along with no heed to the tragedy he leaves in his wake? Or a brave soul who strikes out alone in the dark unknown, knowing that an adventure of a lifetime awaits those who do?

Of course, there are a few works that can be read easily, Pen comments.

“Like New Hope, which shows a sleeping child with broken buildings and broken dreams, with paper cranes and a rainbow over it all. War and peace, you know?

“Or The Factory, where I wanted to show the most beautiful place in my imagination that has been tarnished by rampant development, ” he says.

Out Of This World, comprising 16 works, is a big leap for Pen, not only geographically but also aesthetically.

The paintings in Beyond, his last solo exhibition in Siem Reap in 2018, had grid patterns all over the images – something he has dropped for this show in KL.

“I feel like my mind and eyes have been opened through working on this body of work, it made me realise that I care about certain causes that never occurred to me before.

“I worked with a clear mind and a happy heart. When things fall into place like they did for these paintings, you don’t second-guess yourself. I didn’t need any grids in my work this time, it didn’t feel like it required anything ‘extra’...I am very happy with how it turned out. I have to admit, I feel like a hero when I look at my paintings on the wall!” concludes Pen.

Pen Robit's 'Out Of This World' exhibition 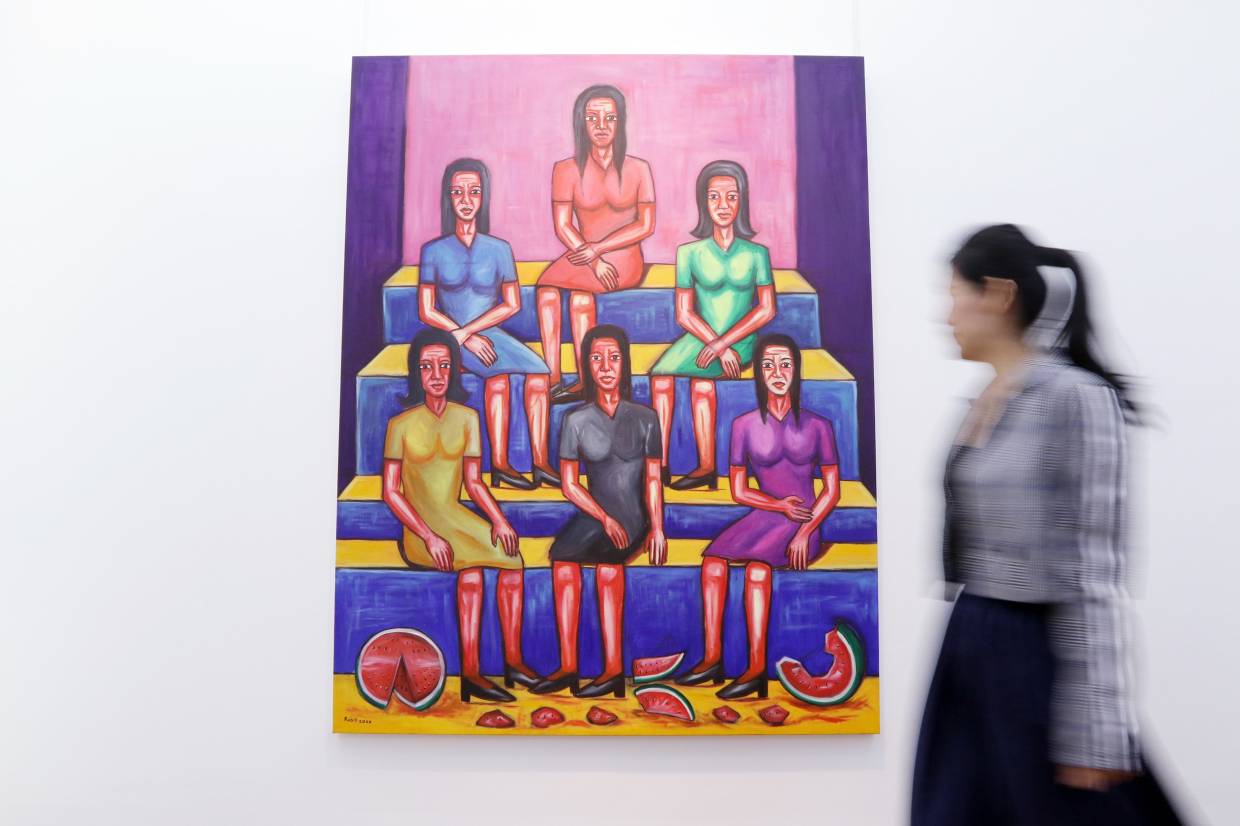 A gallerist walks past Pen Robit's painting 'Women Under The Lights' (oil on canvas, 2020). Photo: The Star/Izzrafiq Alias