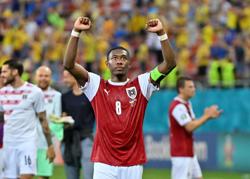 To those coming of age in the 1980s and 1990s, album cover designer Vaughan Oliver created not only the look of the influential British record label 4AD, but conjured an imaginary realm that would influence generations of artists, graphic designers and pretty much anyone with an eye on image.

Oliver, whose death was announced on Dec 29, crafted abstract, Dada-esque record covers for dozens of bands including the Pixies, Cocteau Twins, Modern English, the Breeders and His Name is Alive. In the process, his aesthetic became a visual touchstone and helped drive listeners to ponder the ways in which sound could influence image and vice versa.

The designer's death, at age 62, was confirmed by 4AD, which released a note that read, in part: "Without Vaughan, 4AD would not be 4AD, and it's no understatement to say that his style also helped to shape graphic design in the late 20th century."

No cause of death was given.

"Vaughan Oliver taught me to appreciate quality. He taught me how to look at the physical world," wrote Ivo Watts-Russell, who founded 4AD in London in 1980, in a statement. Vaughan Oliver, whose death was announced on Dec 29, crafted abstract, Dada-esque record covers for dozens of bands including the Pixies, Cocteau Twins, Modern English, the Breeders and His Name is Alive. Photo: Luca Giorietto via 4AD

Calling Oliver "a force of nature," Watts-Russell added: "It is rare to think of someone in one's life and know that with absolute certainty that the course of both our lives were irrevocably changed for the better as a result. The results, the fruit, is available for all to see ... in pictures at least."

Oliver's most recognisable work includes the covers of the Pixies album Doolittle, the Cocteau Twins' Treasure, the Breeders' Last Splash, Modern English's After The Snow and Bush's Razorblade Suitcase.

"We always try to reflect the atmosphere of the music," Oliver explained of his approach, adding that his mission was to create what he dubbed "aesthetic moods derived from the music, from the texture and atmosphere the music itself already had."

The Mountain Goats' John Darnielle, who worked with Oliver across a series of albums for 4AD, described the designer on Twitter as "an indispensable part of the label's identity. You can't mistake it. It holds a disparate roster together, asserts a shared vision. To know about this back then [was] to belong to a secret society." At their best, the designer's covers were endeavours to get lost in, to contemplate and luxuriate over while listening to the echoed guitars of 4AD's roster at full volume. The art for the Breeders' Last Splash contained a close-up of a vivid candy heart set against a bright green background. The Pixies album Doolittle featured an image of a monkey taken by Oliver collaborator Simon Larbalestier, an idea drawn from the album's lyrics.

Oliver, though, added accents drawn from a conversation he had with the Pixies' lead singer: "Black Francis broke my heart by telling me that successful pop music was simply the intellectual pursuit of good mathematics. Simple me – I thought it all came from the heart," Oliver told Time Out. "Then I remembered that 'golden section' theory used in the composition of Renaissance painting, so I made my own grid to place over the monkey." Each cover was similarly unique, but each also seemed to suggest it was a piece in a larger puzzle to be revealed later. "When you look at all the works together, you might detect a similar texture, even an intention, an outlook, maybe," Oliver told interviewer Joan Pons. "You can also find unexpected aspects. I simply tried, all through my career, to create a different identity for each band I worked with."

In one onstage presentation on his oeuvre, Oliver recalled an early experience as a music fan, when he was walking home from the record shop with a new album under his arm. The act and the art, he said, had "cultural and social significance," and showing off the purchase was "giving a hint as to what I was interested in. How weird could you be?"

For the artist, he added, album art means as much "as how they wear their hair, what they're singing about and what jeans they're wearing." – Los Angeles Times/Tribune News Services 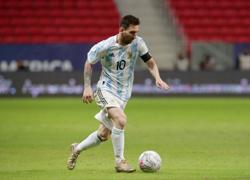