When it comes to marrying traditions and cultures, sounds and styles, Bernard Goh is definitely your go-to guy.

His passion precedes him, and once again Goh and his troupe are ready to go where no traditional Chinese lion drummer has gone before, incorporating Balinese gamelan into their already heady mix of drums (think djembe, kompang, gendang, timpani, marimba), dance and music.

Taksu, which takes place at the Kuala Lumpur Performing Arts Centre (KLPac) this weekend, marks yet another creative milestone for Goh and Hands, in their efforts to honour and reinvent Malaysian traditional music and art.

This latest production focuses on the concept of the shigu being “in conversation” with the Malay and Balinese gamelan – feeding off each other’s responses and having the ability to understand one another.

“I have always enjoyed introducing new instruments to the members of Hands, who I’ve been working with for more than 20 years now. And it was back in 2005, that we bought our first gamelan set. Before that we rented and borrowed from The Actors Studio, Rhythm & Bronze and the Gamelan Club ... those were the good old days,” says Goh, 47, in an interview.

The upcoming show is a nod of sorts to the late Malaysian academician and theatre activist Krishen Jit, who first introduced gamelan theatre to Hands in the Five Arts Centre’s production of Monkey Business in 2005. 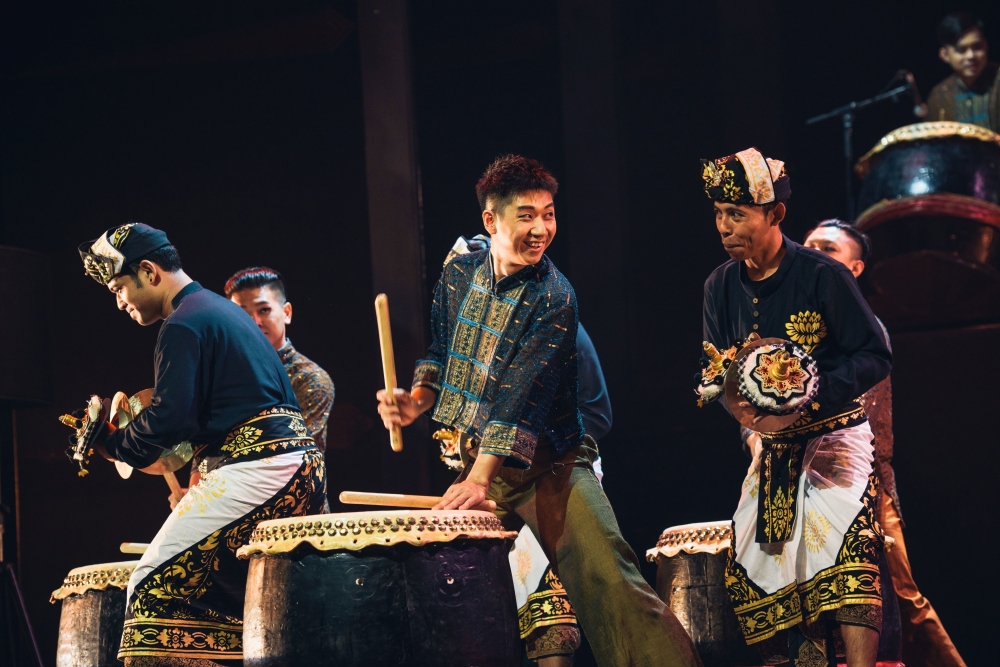 The Taksu production hopes to stir up passions - and smiles - on stage. Photo: Thum Chia Chieh

“Monkey Business affected me a lot. I explained to my team then that this was something we should do also. I wanted to introduce percussive instruments that were able to create more feeling in our compositions, and with gamelan we were able to add a tune,” shares Goh, reminiscing in detail about how they got their first gamelan set custom-made in Solo and Jogjakarta in Jawa, Indonesia, littering his tale with names like Pak Sulung and Susan Sarah John, all who aided in the process of developing Hand’s unique gamelan journey.

That first set was made up of gongs, bonang Baron, bonang Penerus, Saron baron, Saron Demung, and the Gambang and made its debut at Hands’ 10th anniversary concert 10: Entwined Calling in 2007.

The percussion outfit went on to present two big gamelan concerts, Ri Yue Chu Yin in 2011 and then the classical twist Tchaikovsky On Gamelan in 2014. Now with Taksu, Goh et al are taking their artistic progression further under the tutelage of gifted Balinese musician, I Wayan Sudirana, for whom Goh has much praise.

“Four years ago, I met Sudi at the Bali Spirit Festival, and I felt he was a gift from God,” says Goh.

“It isn’t easy to get a good gamelan teacher, some are good but cannot teach, others find it hard communicating in English.”

Sudi, who acts as both composer and musical director for Taksu, is one of Bali’s most well- known composers, teaching and performing across Bali and internationally. Currently a professor at the Indonesia Institute of the Arts in Denpasar, he studied at the University of British Columbia where he received his MA and PhD in Ethnomusicology. 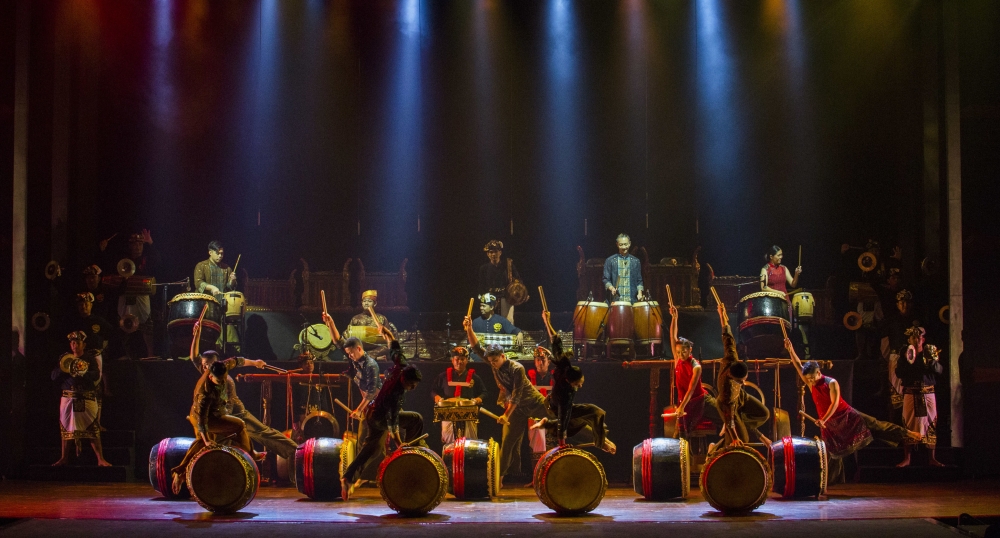 'Expect a lot of people on stage! There are four guest artists, 12 members of Hands, 15 in the choir and 18 from the balinese Gamelan Yuganada troupe,” reveals Goh about the Taksu show. Photo: MelvinXB

Sudi has just published a book about the future of Balinese sacred ensemble (2019) and brings his unique knowledge and talent to the Taksu production.

“Sudi is not just well-versed in the craft, he is also very generous and willing to teach and share, and this to me is most important,” says Goh, adding that over the last three years both Goh and Sudi have been travelling back and forth between Malaysia and Indonesia, learning, sharing and composing together.

Some audiences have already been given a sneak peek at what Hands has been doing with Balinese gamelan at the George Town Festival in July, with Armour & Skin 2019.

The KL show will feature this piece, and so much more. In close to 75 minutes one will get to see a variety of movements from modern kecak to calming and melodic erhu, authentic Balinese gamelan, shigu drums, marimba, vibraphone and cymbals, among other things. It’s hard to define what comes together in a such a show.

The production hopes to stir up passion through Sudi’s artistically woven metallic sounds of the Malay and Balinese gamelan with the shigu’s wide range of sounds. Traditional sounds and dance of Kelantanese influence by Malay gendang specialist Mat Din Hussin, and National Arts Awards winner Zamzuriah Zahari add richness and flavour to the performance as do the the songs from local choral group, La Voce. Local actor Ghafir Akbar acts as writer and director.

“Expect a lot of people on stage! There are four guest artists, 12 members of Hands, 15 in the choir and 18 from the balinese Gamelan Yuganada troupe,” reveals Goh, totalling up the figure to 49, shaking his head and calling himself “insane” for having put together such a huge production!

There were other challenges to overcome but Goh is grateful to Rimbun Dahan arts centre for allowing his team to use its Balinese gamelan set for rehearsals, and to music director Ng Siu Yee for assisting in putting together the score for the Malay and Balinese gamelan – no mean feat as one is pitched in C sharp while the other is in B flat.

The term “taksu” in case you are wondering, is uniquely Balinese and represents the life within the arts that captivates the senses, both human and divine.

“When Sudi first suggested the name I loved it, but then I began to see it everywhere I went to in Ubud – art galleries and coffee shops – and felt it was overused,” says Goh.

“Sudi then had to explain further that it was something that applied to everyone, in all walks of life. You meet it everyday, in all you do. You live and breathe it.”

Goh was convinced that the name would embody what Hands was also trying to express – something that surpasses technical prowess and cannot be quantified.

But will the audience be able to be able to relate? Goh is adamant that his intention has never been to wow audiences.

“Our audiences have grown and must continue to grow with us. We invite you to witness our progress. If we only do the same old stunts, no growth takes place. We want to push ourselves to the next level. And I believe that people love us because we continue to challenge ourselves and we dare to embrace what’s new,” he concludes.

Taksu will run at at Pentas 1, KLPac, Jalan Strachan in KL from from Oct 4-6. Shows are at 8.30pm daily with 3pm matinees on Saturday and Sunday. For details, go to www.klpac.org. FB: Hands Percussion.