C.C. Kua sees her art as a curious blend of haiku poems and cheesy pop songs

Kua Chia Chi's latest solo exhibition title Left A Bit, Right A Bit, Up A Bit, Down A Bit is a mouthful to say and takes up a lot of (typing) space for such little bits.

Better known as C.C. Kua, she says the exhibit title brings to mind her instructions to a friend to scratch her back - in search of that elusive, perhaps imaginary, itch. But it is also a nod to how it is the journey that is important, and not the destination.

Extending this to her art practice, Kua explains that this idea appeals to her because there is often no target when it comes to her art, but she has to take that first step anyway.

“What target? You hit this, you hit that, and sometimes you end up hitting your own head. The title of this exhibition is so long that I get frustrated typing it, but it does make me feel something while it is in progress. It is definitely not efficient at all, but this is the concept I am talking about. It is like ... love, I suppose,” says Kua.

So if you think her art is unorthodox, wait till you meet her.

In 2016, when she had Mosquito Bite, her first solo exhibition, she shared in an interview with us that she wanted to be a mosquito because it is “small but impactful”. 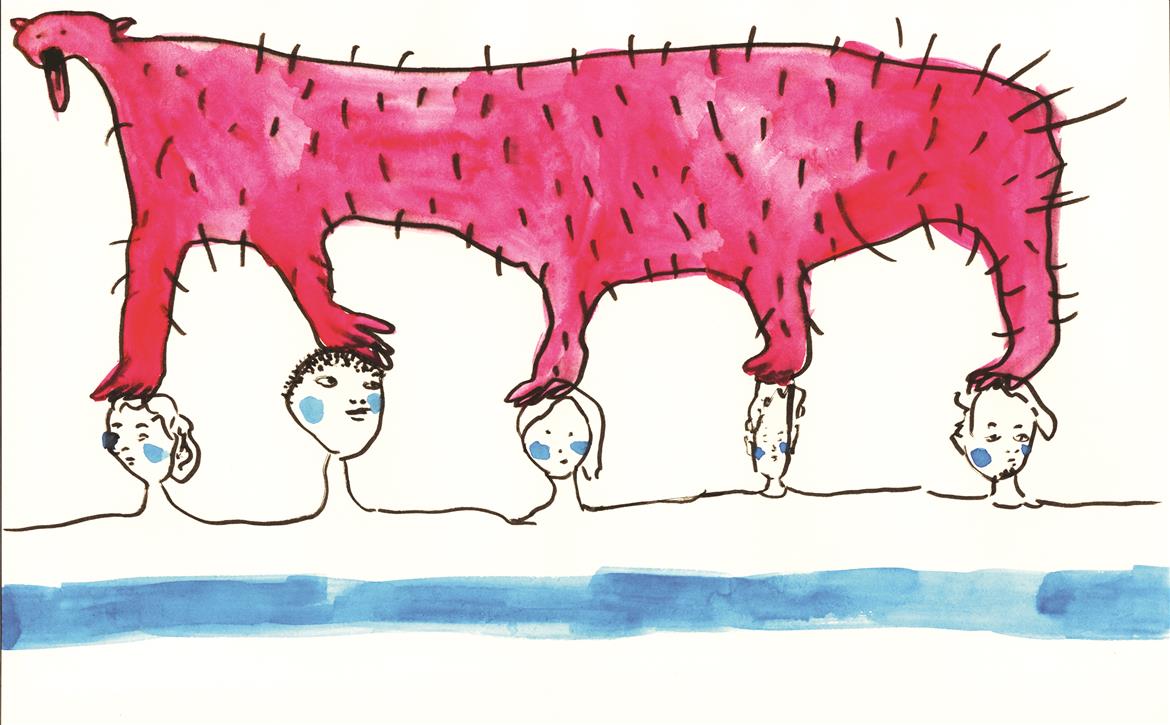 Her latest exhibition also alludes to itches - so what gives?

“I didn’t actually think about that (earlier) itch at all when I was deciding on the title for this exhibition, until a friend mentioned it. But maybe, subconsciously, I have a thing for itches,” the 28-year-old offers.

Kedah-born Klang Valley-based Kua hopes that her works carry the poetic essence of haiku, a short, succinct form of Japanese poetry. She playfully adds that they can have the cheesiness of pop songs, too.

“To me, haiku is like part of this Zen saying: Mountains are mountains, mountains are not mountains, mountains are mountains again. It describes things as they are. Sometimes we look too hard for meaning. Haiku is appealing to me as some of my works follow this approach: sometimes I am attracted to the forms or shapes, thus I paint it. It is detached from meaning. I draw and paint because I have something to say, but it goes beyond language. I think a painting or drawing is not a tool for preaching,” she explains. 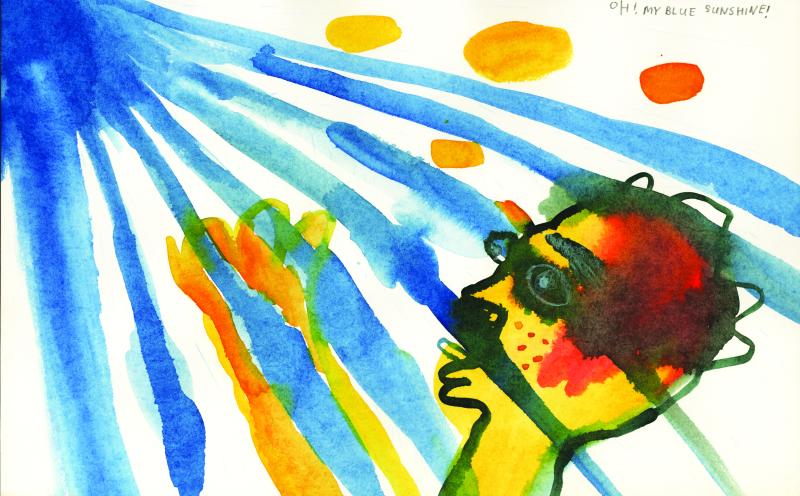 The Left A Bit, Right A Bit, Up A Bit, Down A Bit exhibit at Lostgen’s Contemporary Art Space in Kuala Lumpur comes three years after her first solo exhibition. It comprises 75 drawings and paintings, three little white mice and a cacti installation.

“I’ve had an urge to touch spiky cacti since I was a child, but could not because of their sharp spines. So now by poking needles in it, I get to ‘touch’ it,” she says.

In between her solo exhibitions, she pursued her Masters in Fine Art at Tainan University of The Arts in Taiwan, and has had several group shows in KL and Taiwan.

“For nearly three years, I’ve been surrounded by fellow artists who use different media to shape their narrative: installation, performance, sculpture … you name it. At first, I was concerned that paintings seem a bit traditional compared to other art forms in contemporary art.

"Later I thought, what a stupid concern that is, as the whole point is not about the medium, but about the narrative – the way you tell a story. At the moment, I am still excited with drawings and paintings, so much more to experiment with!” she says. 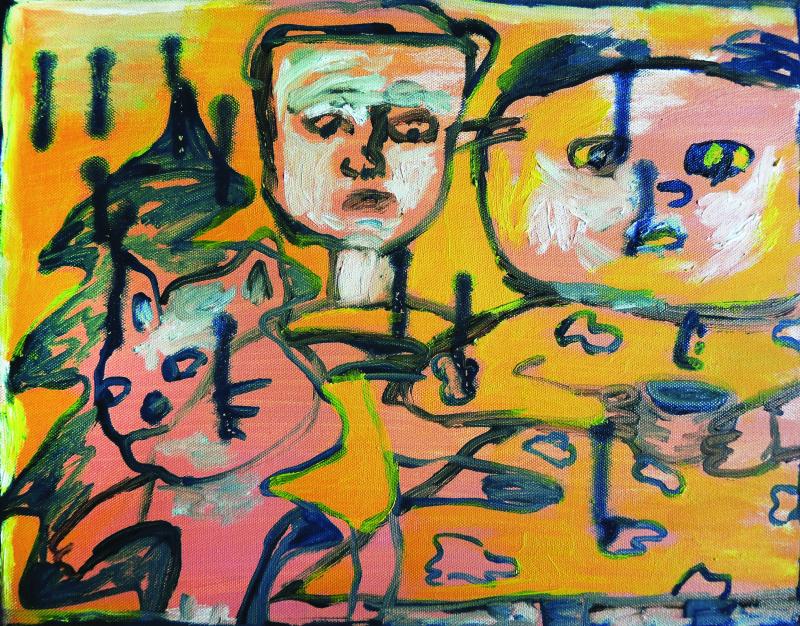 Kua has also been trying her hand at stop-motion animation shorts.

So what’s the most memorable thing anyone has said about her quirky art?

“Someone told me that my art is kind of sexual. I think it is quite cool because I can make people feel that without showing conventional sexual symbols in my works,” she says.

“I have always wanted my art to be out of place.”

Well, she’s on the right track.

Left A Bit, Right A Bit, Up A Bit, Down A Bit is on at Lostgens’ Contemporary Art Space, 8, Jalan Panggong, KL, till June 21. Opening hours: 1pm to 6pm. FB: Lostgens. Free admission, closed on Monday. More info: www.cckua.com.

C.C. Kua sees her art as a curious blend of haiku poems and cheesy pop songs