Booked Out: 5 things from Lewis Carroll’s mad world that remain a wonder forever

In the three years since I began this column, there have been many times that I was tempted to write about two of my most favourite books of all time: Lewis Carroll’s Alice’s Adventures In Wonderland and its sequel, Through The Looking Glass, And What Alice Found There.

And yet, I kept putting it off. Even now, I feel strangely unable to fully explain just what about these two books are quite so wonderful for me.

Part of it might be that I read them both when I was so young that I’m not even sure what age I was. All I remember were two plain clothbound volumes on the bookshelf in my house, and how the first thing that caught my eye was the illustrations by John Tenniel within the covers. They looked odd and magical and even slightly scary, and so of course I wanted to know more. The main picture above is one of Tenniel's original illustrations, this one portraying the surreal tea party Alice attends. (Photo: Public domain)

Having re-read the books many times over the years since, I’m still curious about what exactly I understood when I first read them. It’s unlikely that I understood all the allusions and subtexts that Carroll wove into the story, but I do remember having no trouble following the plot.

Which is a large part of the books’ genius: how they feature unbelievably complicated and convoluted plot turns, and yet somehow, to a child, all of the fantastical absurdities seem exactly as they should be.

It is perhaps because I was so young when I first became enamoured of the books that I find it quite difficult to explain just why they are so wonderful. The best way might just be to share some of my most enduring memories of the two books, images or events or characters that have embedded themselves into my mind from the very first time I read them. So here are five things (among many) that never fail to amaze me about Alice In Wonderland and Through The Looking Glass, And What Alice Found There:

The mad tea party: This is probably one of the most memorable scenes from Alice In Wonderland, thanks to Disney’s adaptation of the book – the tea party with the Mad Hatter, the March Hare, and the Dormouse. But while the animated version is delightfully mad, the original is more subtle but in many ways even more loopy. Full of seemingly pointless stories and riddles, reading about the party leaves you as overwhelmed and off-balance as it does Alice herself.

The Jabberwocky poem: Of all the poems and bits of rhyme Carroll wrote for the two books, Jabberwocky – from Through The Looking Glass – might be my favourite.

I recently shared it with a friend and told him half of it was made-up words. “Half?” he scoffed. “Try all!” Yet, when I read the nonsense poem as a child, it made perfect sense – because the words somehow sounded like what they might mean. And now, as an adult, I can’t help but admire the imagination and craft that went into writing it.

The chess game: In Through The Looking Glass, the entire plot of the book is structured around a game of chess. The land Alice finds herself in when she goes through her looking-glass is divided like a chess board, and Alice is required to make it all the way to becoming a queen. I love how consistently this theme is used throughout the book, with chess moves and pieces becoming integral parts of how the plot progresses.

The cards attacking Alice. Another one of Tenniel's evocative illustrations. Photo: Public domain

The Gryphon and the Mock Turtle: I could not get enough of these two made-up creatures, who were such a bundle of contradictions that one never quite knows how to feel about them. The Mock Turtle is so melancholic, and yet ends up being quite unintentionally funny because of it, while the Gryphon can seem uppity and yet is mostly ridiculous. They are just two examples of the endlessly inventive characters that Carroll populates his books with.

The Queen of Hearts and the Red Queen: Of all the images I remember from first reading the books, the clearest are of these two – one, a playing card, and the other, a chess piece. They were such unlikely images of characters to be feared, yet Carroll does such a wonderful job giving them each larger-than-life, distinct personalities. The Queen of Hearts is hot-tempered, impetuous, and largely out of control; while the Red Queen is cold and calculative, and quite merciless in her logic.

They are perhaps the best examples of why, despite most people reading only of Alice’s Adventures In Wonderland, it is nearly impossible to read one and not the other.

Do you have your own favourites? Tell us why you like them at star2@thestar.com.my.

Booked Out columnist Sharmilla Ganesan is currently reading her way through the titles in 1001 Books You Must Read Before You Die. Join the conversation at facebook.com/BeBookedOut or Tweet @SharmillaG.

Booked Out: 5 things from Lewis Carroll’s mad world that remain a wonder forever 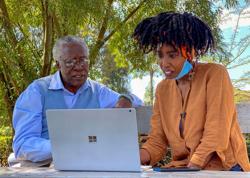 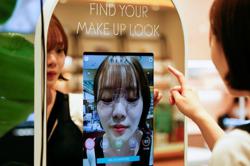 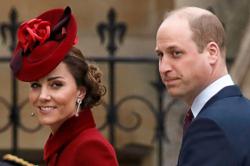