Young Steel is mighty proud of Someone’s In My Head.

He may be too young to vote in an election and only just old enough to drive a car, yet 18-year-old local author Steven Steel has already won an award in one of the largest online writing competitions in the world.

The Penang-based author, whose real name is Tey Feng Nian, picked up a 2015 Wattys Award for Best Use of Visuals for his science fiction novel, Someone’s In My Head.

The Wattys, which celebrate the best in digital storytelling, are organised by Wattpad, the self-proclaimed “world’s largest online community of readers and writers”. According to its website, over 75,000 stories were submitted for the awards last year.

“It came as a complete and utter surprise. Of course, I had really hoped that I could win a Watty, but from past experience, I knew that overly-high expectations will inevitably lead to a larger disappointment at the end when things don’t turn out the way I want them to,” says Steel when contacted via e-mail.

“Hence, I tried my very best not to think about The Wattys, and therefore the day when I received the news that I’d won a Watty through e-mail, I was ... overwhelmed with emotions.

“I was incredibly grateful to everybody who provided me with undying support on Wattpad, and all the fans that I’ve gained there.”

Someone’s In My Head tells the story of Jarod Wickernham, who is involved in a severe car accident. When he wakes up, he realises he is now harbouring another person’s consciousness within his own head. His behaviour starts getting abnormal, and when Jarod finally finds out the truth, he is launched into a series of fast-paced adventures.

Steel’s story has been viewed over 190,000 times (at press time) on Wattpad, and was once ranked as the #1 science fiction story on the site. It has been reviewed positively by many readers, and is now available on Kindle Unlimited and in book form on Amazon.

“The idea for writing this novel came from my friend, June. It started out as this really mind-blowing idea we thought up during PE class, the notion of a person finding out that he has another person’s consciousness in his head after an automobile accident,” Steel says, adding he had also been influenced by movies like The Matrix and TV shows like Criminal Minds and Fringe.

“The idea was to create some really wicked plot twists as the story progressed to give the reader a ‘what the heck just happened?’ sort of feeling whenever a bombshell is dropped.”

Visuals are important to a story, he says, as they provide readers with advanced insight about a storyline, thus increasing the book’s appeal.

“I visualised how a particular scene in the book would look like in a movie inside my head, and then created it in the story. It’s basically like a mental picture,” says Steel, who even created a trailer for Someone’s In My Head.

The author, who is currently taking his International Baccalaureate Diploma in Kuala Lumpur, says it took him almost a year to write the novel, and an additional four months to edit it.

“To be honest, the idea of publishing on Wattpad didn’t exactly appeal to me that much in the first place because, I mean, let’s be serious, who is absolutely comfortable with giving out your hard, blood-plus-sweat-plus-caffeine-plus-adrenaline work for free? But then, with the encouragement of a friend, I decided to join the YouTube of books, Wattpad,” Steel says.

The reasons for doing so, Steel says, is partly because it was difficult to get traditional publishers interested, and partly to get confirmation that he can interest an audience.

“I wanted, and still want, to build a fan base that is strong enough to support my venture into the self-publishing world, and also which will provide me with the constant motivation that I need to keep writing,” says Steel, who mentions authors ranging from Dante and H.G. Wells to Dan Brown, David Baldacci, and Cecilia Ahern as influences.

Steel says Someone’s In My Head is part of a trilogy, and he is now working on the sequels.

“My advice to all the other aspiring authors out there is simple: keep writing, and no matter what people say about your works, no matter how much haters or critics lambast your story, just be yourself and don’t try to become someone that you’re not. Be yourself, and persevere!” Steel says. 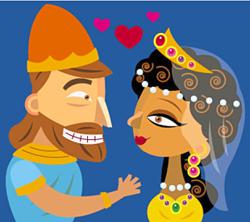