Iron, whose real name is Chung Heon-chul, was found bleeding and lying on the grass of an apartment building by a guard at 10.25am.

“We were called in by an (apartment) guard who told us they discovered Iron. He was taken to the hospital, but he passed away.

“At this point, it is unclear whether or not Iron died by suicide. We are investigating the exact cause of his death,” the authority was quoted saying.

The 29-year-old music artiste is no stranger to controversy. Last month he was arrested for assaulting his teenage roommate with a baseball bat.

In 2018, he was sentenced to eight months in prison for punching is girlfriend.

In 2016, he was sentenced to eight months in prison after he was found guilty of smoking marijuana.

This is the second celebrity death reported in South Korea today. Earlier, it was reported that K-drama actress Song Yoo-jung, 26, died on Jan 23. 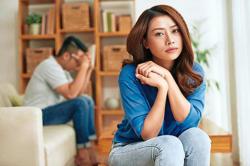