KUNG pao chicken is a popular dish that is found in almost every Chinese restaurant all over the world.

The recipe originated from Sichuan province in China and it has become a staple dish at Americanised Chinese restaurants. 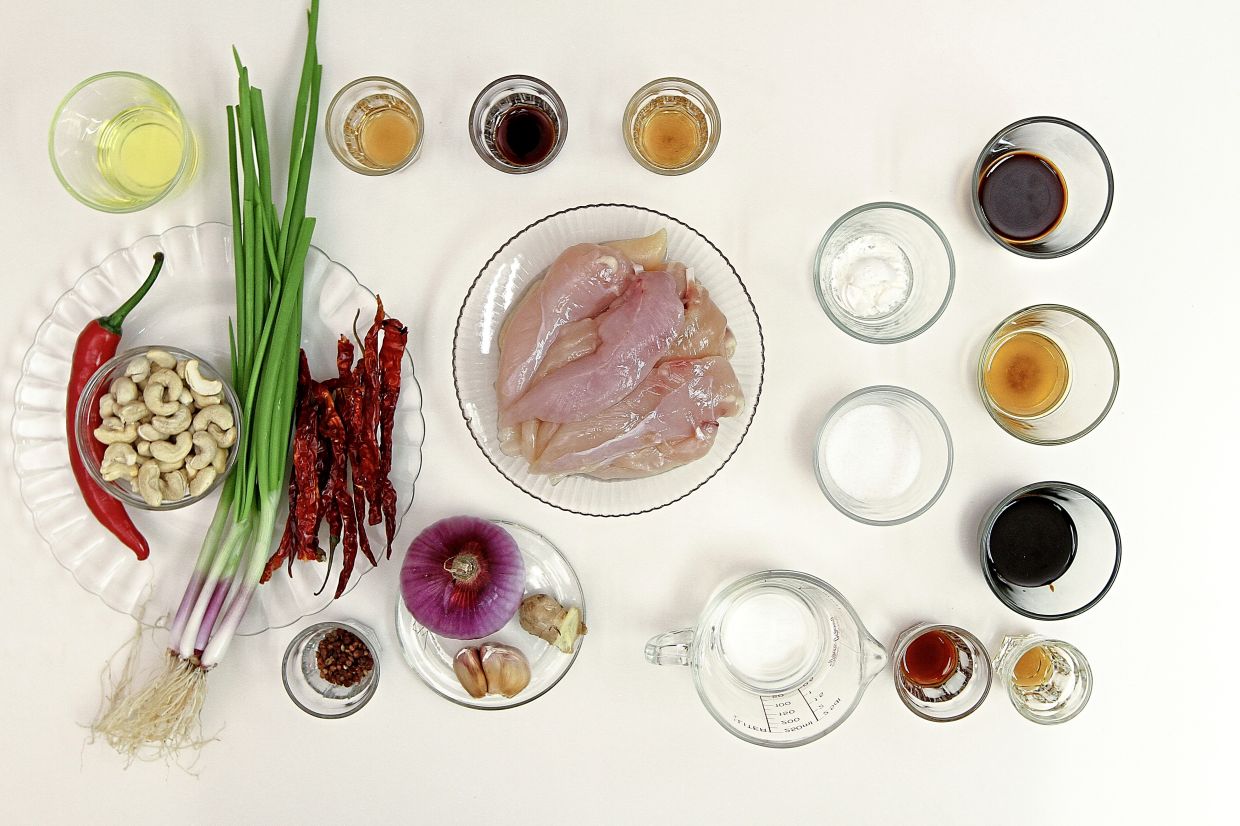 There may be slight variations in seasoning depending on the different regions, but the basic components are chicken cubes, cashew nuts and dried red chillies, all smothered in a sweet and spicy dark gravy.

If you’ve ever had kung pao chicken in a Westernised Chinese restaurant, then you may have encountered bell pepper, carrots, and orange juice in the dish, a result of the recipe having evolved with time and distance.

This favourite dish has other versions, with recipes that substitute chicken with pork, fish, shrimp or frog. Ginger and garlic are added after the dried chillies and Sichuan peppercorns have been tempered in the hot oil.

The dish is believed to have been named after Ding Baozhen, the governor of Sichuan province during the late Qing Dynasty.

He was one of the gongbao, or kung pao, which literally means “palace guardian”.

The chicken meat used is often cut into small cubes, or gai ding, which is also a play on words for the surname Ding. 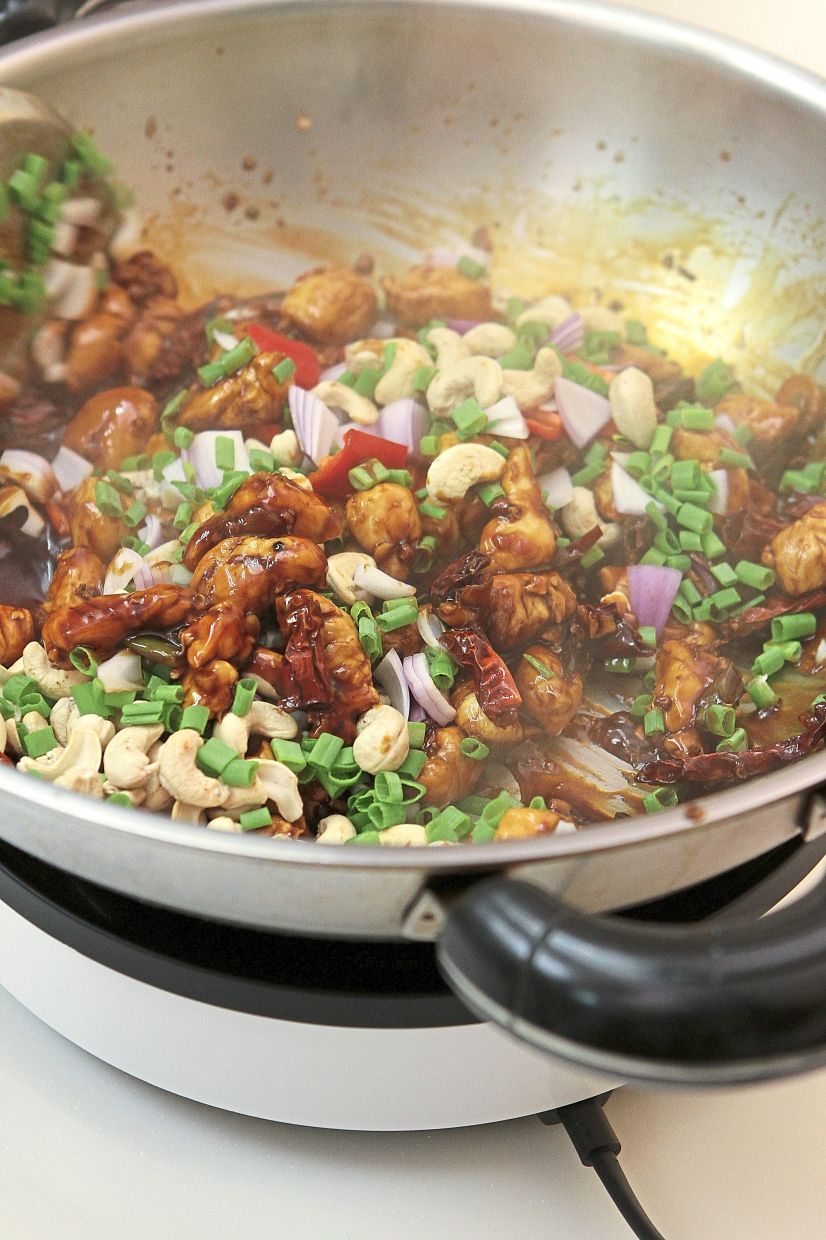 Toss in fresh red chilli, spring onion greens and cashew nuts to coat in the gravy just before serving.

The original kung pao chicken recipe calls for Sichuan peppercorns, although the dish doesn’t have the numbing mala flavour profile that these peppers usually present.

The trace amount that is flash-fried at the beginning of this dish is just enough to add fragrance to the oil without extruding all its numbing qualities.

It is common to find peanuts in kung pao chicken instead of cashew nuts — they are both interchangeable in this dish. 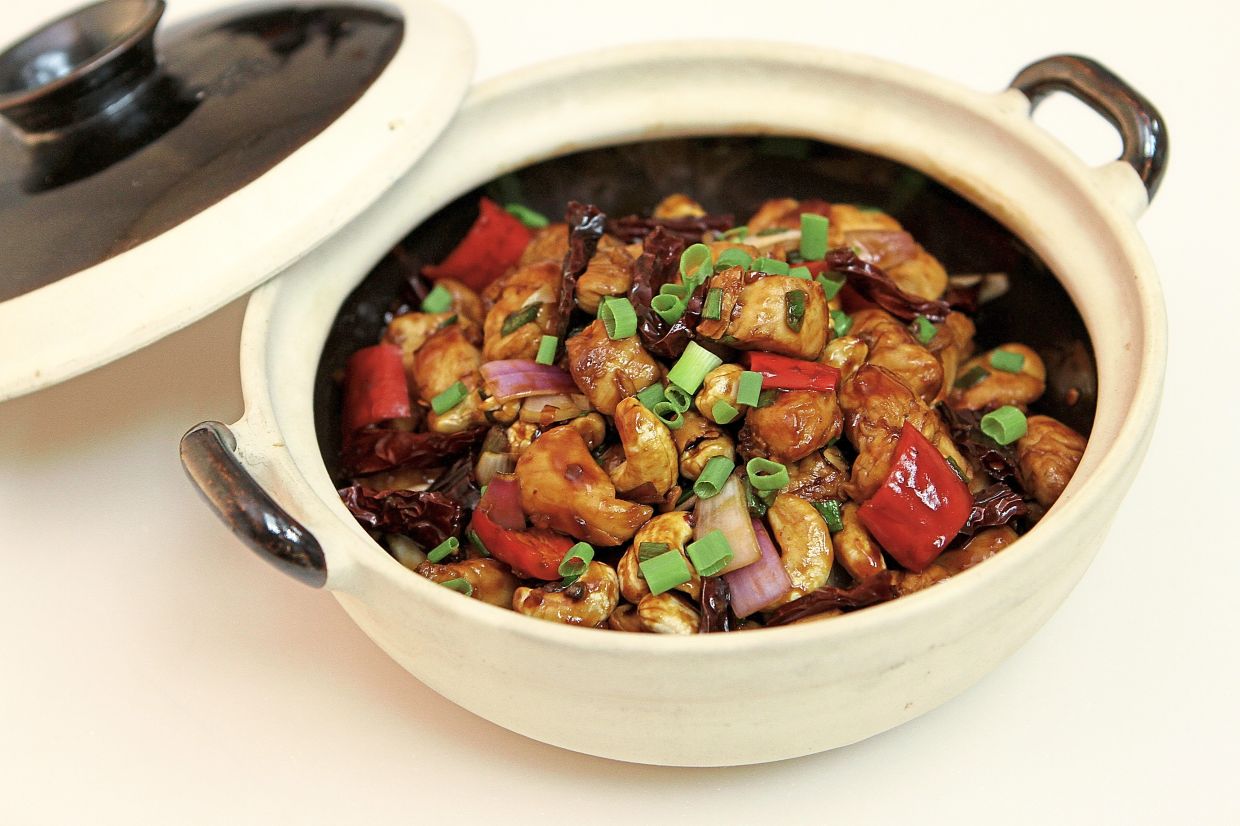 The classic ‘kung pao’ chicken is sweet and spicy with a hint of Sichuan peppercorns and black vinegar.

Although some prefer toasting nuts in a dry wok, purists will say that the nuts should be fried in oil before other ingredients are added.

Whichever method you choose, it is recommended that the nuts be removed from the wok before other ingredients are cooked, then returned to the dish just before serving, to retain their crunchiness.

As in all Chinese dishes, properly prepared kung pao chicken has to balance the piquancy of the pepper with sugar, soy sauce and vinegar in the final gravy seasoning.

5 stalks spring onions, diced and separated into whites and greens

Marinate chicken with marinade ingredients for 10 to 20 minutes.

Mix gravy ingredients in a small bowl until cornstarch is dissolved.

Heat oil in wok over high heat. Add dried chillies and Sichuan peppercorns and temper until oil gets fragrant. Add ginger and garlic and saute 30 seconds until fragrant.

Toss until chicken is cooked through, about two minutes.

Add gravy and bring to a simmer, until the sauce has reduced into a thick syrup.

Apply foodpanda Voucher to have your favourite meals at discounted prices