There are Malaysian foods with unusual (some even indecent!) names, most of which are descriptive in nature, but we don’t tend to name dishes after real people like other cultures do.

General Tso’s chicken, for example, is named for General Zuo Zongtang of the Qing Dynasty, but it was invented by Taiwanese chefs in the 1970s to appeal to the American palate.

Ignacio ”Nacho” Anaya, the maitre d’ at Victory Club in Piedras Negras, Mexico, came up with a dish of fried tortilla triangles, topped with cheese and jalapeños for a group of US military wives visiting from Texas. And no prizes for guessing the artist honoured with creamy Chicken Picasso and Sole Picasso, a dish of grilled fish in ginger-lemon sauce.

The delicious almond pastry Frangipane is named for Marquis Muzio Frangipani, a 16th-century Italian living in Paris, while the Swedish St Lucia buns, or Lussekatter, are named after the patron saint of light. The saffron buns are often shaped into an “S” to resemble a curled up cat.

When I heard about the Luther, the person who came to mind was British actor Idris Elba since he played the eponymous detective in the TV crime series. Turns out the bacon cheeseburger that uses a glazed doughnut as the bun is the possible invention of multi-Grammy award winner Luther Vandross.

Sometimes, though, the name of a dish doesn’t impress as much as a plain old description. Bananas Foster was invented in 1951 at Brennan’s in New Orleans. The restaurant owner Owen Brennan named it after his friend and loyal customer Richard Foster. The cracker gets its name from Sylvester Graham, an American clergyman in the early 19th century who preached against the evils of meat, alcohol, fat and processed grains such as refined flour.

Graham had been a sickly and small child and he suffered from mental breakdowns. He believed a healthful diet would mend his body and mind.

He encouraged housewives to use healthier ingredients, which led to his name being used for coarsely ground whole wheat flour. In 1829, he came up with the recipe for a cracker using the flour and baked without any fat or refined sugar.

Graham denounced commercial bakeries and suggested that their products were tainted. It is ironic that the crackers that bear his name are today produced in large operations similar to those he criticised.The recipe that follows makes crackers that are slightly bigger than commercial Graham crackers. It is easily doubled.

In a large bowl, mix the flour, sugar, cinnamon, baking soda and salt.

Add the butter to the dry ingredients and rub in with your fingertips until the mixture is crumbly.

In a separate bowl, whisk together the milk, honey and vanilla. Add this to the flour and mix until a soft dough forms. Wrap the dough in cling film and chill for at least 1 hour.

On a well-floured surface, roll out the dough to 3mm thick.

Using a pizza cutter or knife, cut the dough into 5cm by 10cm rectangles. Using the blunt side of the knife, score the cookies down the centre, making two 5cm by 5cm squares (do not cut through). Using a fork, prick each square three times. Carefully transfer the cookies to the prepared oven tray (they will be quite soft).

Bake the cookies at 180°C until just set, 10-12 minutes. The cookies will become crisper as they cool.

Remove cookies from the tray and cool on a wire rack. Store them in an airtight container at room temperature for up to 5 days. Makes 10 crackers.

Graham crackers are used to make S’mores, a campfire snack popular in North America. It’s a sandwich cookie with chocolate and marshmallow in the centre. The crackers and Hershey’s chocolate bars are commonly used as they are the perfect size for the snack.

1-2 squares of a milk chocolate bar

Break the graham cookie in half along the scored line (you’ll have two squares – one for the top and the other for the bottom of the s’more).

Place the chocolate on the bottom half.

Oven method: Place the other half on an oven tray. Top it with a marshmallow. Broil the cracker until the marshmallow is lightly seared. Immediately invert onto the chocolate-topped cracker. Press gently and leave to stand until the chocolate softens, about 1 minute.

Kitchen blow torch method: Place a marshmallow on the top half of the cracker. Gently sear the marshmallow all over with the torch. The marshmallow may catch fire – just blow it out. Press on top of the chocolate-covered cracker. 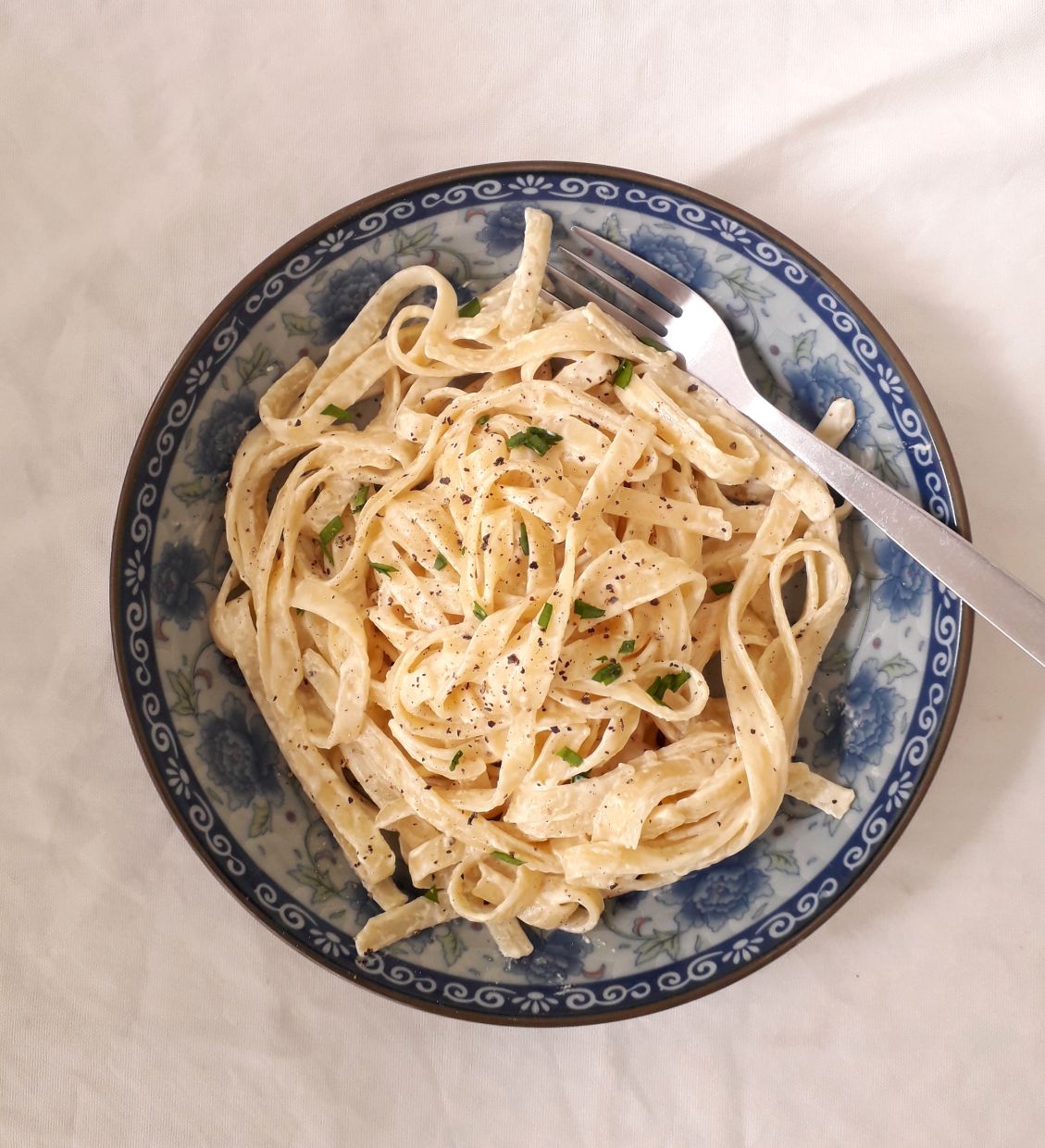 But it’s not a modest amount of butter and cheese. Traditional recipes have a ratio, by weight, of one part each of butter and cheese to two parts dried pasta – to put this in perspective based on how the items are usually sold in Malaysia, that’s a whole block of butter (250g) and the same amount of cheese to one bag of pasta (500g)! Modern fettuccine Alfredo was invented by a Roman named Alfredo di Lelio at the turn of the 20th century for his wife who had lost her appetite after giving birth to their son.

When Di Lelio opened a restaurant, he put this dish on the menu.

Cook the fettuccine in plenty of boiling salted water until al dente. Drain the pasta, reserving a cup of cooking water.

Heat a large frying pan. Add butter. When the butter has melted, add fettuccine and toss to combine.

Reduce the heat to medium and add half the cheese with 1⁄4 cup of the reserved pasta water. Toss the pasta with the sauce to incorporate the cheese. Keep adding cheese, tossing the pasta between each addition, until all the cheese is used and the sauce is smooth and the noodles are well coated. If the sauce is too thick, use more pasta water to thin it down but not too much that you end up with a watery sauce.

As The Oxford Companion To Italian Food points out, “the amount [of sauce] served should be just enough to flavour the pasta and not overcome it, and it should never be too liquid”.

Garnish the fettuccine with parsley and serve immediately. 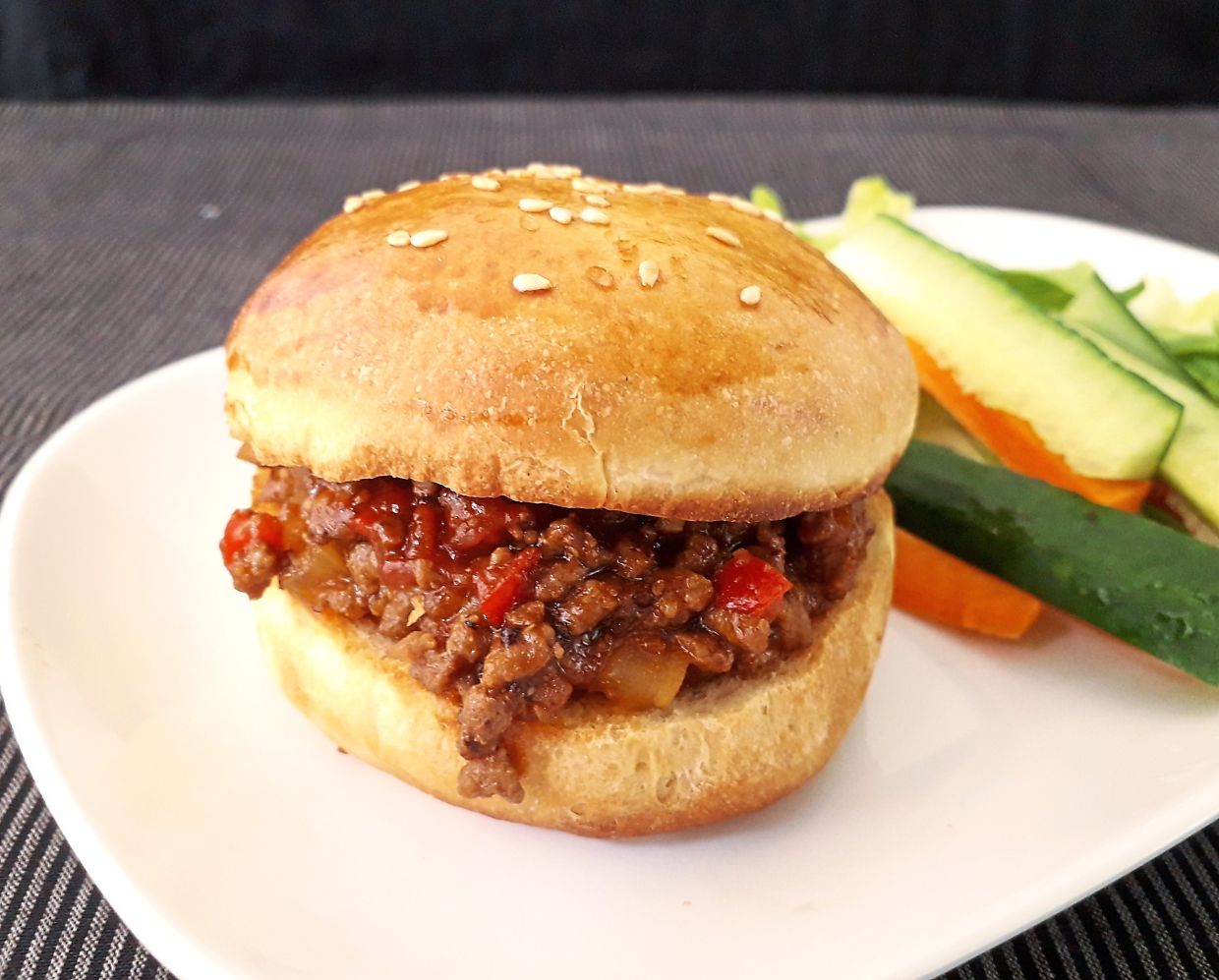 The Sloppy Joe is a loose meat sandwich with at least three origin stories.

According to food site Chowhound, Sloppy Joe’s Bar in Havana, Cuba, which opened in 1918, was the first establishment to lay claim to inventing the sandwich.

In the 1920s and early 1930s, during the Prohibition era in the United States, the Cuban bar became a hotspot for Americans, including writer Ernest Hemingway. When Prohibition ended, Hemingway started frequenting a bar in Florida run by a Joe Russell.

The writer (who has many cocktails named after him) suggested that the bar’s name be changed to Sloppy Joe’s after his previous Havana haunt.

The Florida bar started serving a loose meat sandwich and claimed its Sloppy Joe as the original.

Another story is that a restaurant cook in the US midwestern state of Iowa in the 1930s added tomato sauce to a minced meat sandwich filling and thus created the Sloppy Joe.

Despite its name, the sandwich isn’t supposed to be sloppy. The filling should not be saucy. The Sloppy Joe is meant to be eaten with the hands so the filling is thick and rich but almost dry so it stays in the bun, not slop down your forearms.

The Sloppy Jane sandwich is made the same way but with leaner meats like turkey and chicken.

Salt and pepper, to taste

Heat a large frying pan over medium-high heat. Add ground beef and cook, stirring until meat is crumbled and lightly brown. Transfer meat to a dish.

In the same pan, heat up cooking oil and fry the onion, celery and capsicum until soft. Stir in the the garlic.

Add the remaining ingredients and 1/2 cup water. Stir until combined and simmer for 5 minutes.

Return the beef to the pan. Simmer until all the liquid has evaporated, 10-15 minutes. The mixture should be moist but be able to stand up on a spatula without slopping over the sides.

Serve on hamburger buns with your preferred toppings. 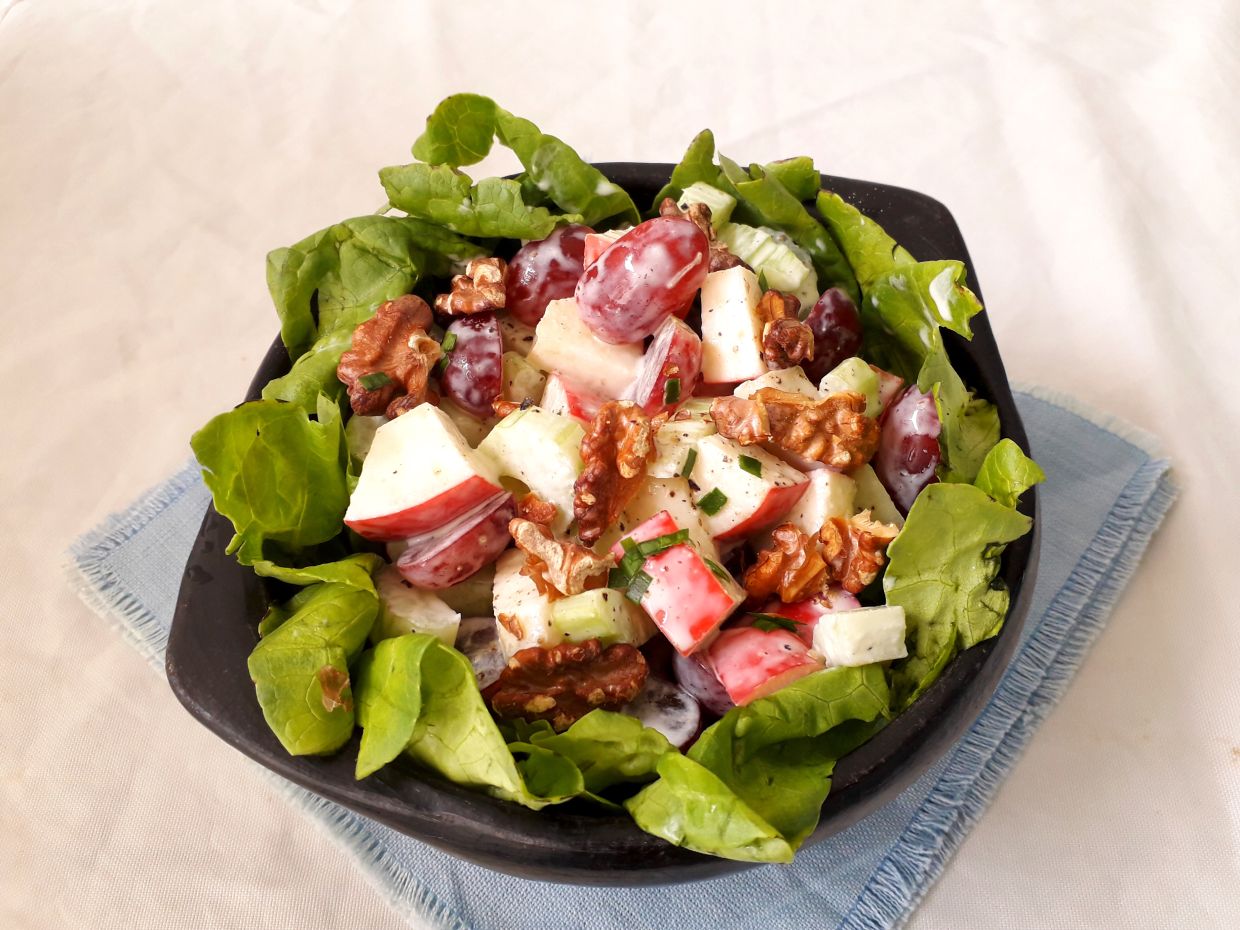 The Waldorf salad was an instant success when it was created in 1896 at the Waldorf-Astoria Hotel in New York City by Oscar Tschirky, the maître d’hôtel (dining room manager). He is said to have created the salad for a 1,500-person “society supper” to celebrate the opening of the Waldorf in the spring of 1893.

According to Food52.com, the salad is ordered at the hotel’s restaurants 20,000 times a year. The food site notes that Tschirky’s original version was a mix of apple and celery dressed in mayonnaise. Through the years, the salad has undergone many iterations – at the hotel, the salad is today made with ingredients such as truffle oil, candied walnuts and microgreens.

Grapes later became an integral component of the salad, as were walnuts, which, according to The Penguin Companion To Food, were added in the 1920s.

Whisk together mayonnaise, yoghurt and lemon juice in a mixing bowl.

Add grapes, apple, celery and parsley and fold until just combined. Season with salt and pepper. Top with walnuts and serve over lettuce. Serves 4.