France had unexpectedly imposed a strict Covid-19 nationwide lockdown last weekend, and this meant that our planned return home is not possible for the moment. So, I am scribbling this in the UK, whilst trying to establish a routine here conducive to my usual work and study habits.

I was walking around the farm fields here a few days ago and noticed some of the fields being treated with inorganic fertiliser. This got me interested in what chemicals make up industrial fertilisers and it is a more curious story than expected.

It seems that commercial crops need supplementation of three main nutrients: nitrogen, phosphorus, and potassium, followed by a host of other nutrients such as calcium, magnesium, sulphur, iron, boron, chlorine, manganese, zinc, copper, molybdenum, and nickel. Carbon, oxygen, and hydrogen are also required and are absorbed from the atmosphere.

Of the list above, the most crucial and interesting is the provision of nitrogen to plants. Although widely present in the atmosphere, rendering atmospheric nitrogen into a form consumable by vegetation is too energy-intensive to be biologically feasible for plants.

Nitrogen is probably the most important element for plants as it is needed to produce chlorophyll and for the synthesis of amino acids which are then combined to form proteins.

It is not known exactly when humans discovered plant crops need supplemental nutrients but there is evidence that farmers had been systematically applying animal manure as ground fertilisers about 8,000 years ago. In the 1840s, a German chemist, Justus von Liebig, discovered that nitrogen was essential for plant growth, triggering the use of nitrogenous compounds in the farming industry.

The process of making synthetic fertilisers is damaging to the environment in that it releases toxic chemicals into the atmosphere. — Filepic

Much of the supply of such compounds then came from Chile where “Chilean saltpeter” was mined from the ground. By the 1870s, it was discovered that ammonia could be created as a by-product in the production of coke, although such amounts produced never matched the quantities derived from mines.

In the late 1800s, it was acknowledged that the natural supply of nitrogenous compounds would not meet demand, and this catalysed a search to synthesise such compounds. This led to the invention of the Haber process in 1905, which was scaled up by Carl Bosch in 1910, and the Haber-Bosch process became the standard practical procedure for synthesising anhydrous liquid ammonia from hydrogen and atmospheric nitrogen. Improved versions of the basic process are still very much in use today in the production of modern fertilisers.

Due to the Haber-Bosch process, modern synthetic fertilisers can deliver far higher levels of nutrients, particularly nitrogen, into the ground than animal manure.

And therein also lies the problem with synthetic fertilisers. The Haber-Bosch process combines very high temperatures in extremely high-pressure containers to actuate hydrogen and nitrogen into forming ammonia. This ammonia then undergoes further treatment to form ammonia nitrate (urea), which is the form of nitrogen most readily available to plants for absorption.

The Haber-Bosch process is immensely polluting in terms of greenhouse gases (GHG) and incidental release of toxic chemicals into the atmosphere. The core process involved in the production of ammonia requires temperatures of around 400-450°C at pressures of 200 atmospheres to combine hydrogen and nitrogen.

The process relies also on extracting hydrogen from water, via a process called “catalytic steam reformation of natural gas”. This involves steam reacting with methane (natural gas) at very high temperatures between 700-1,100°C to produce hydrogen and carbon monoxide. Opting for chicken instead of beef can reduce your protein carbon footprint by 80%. — Filepic

The requirement for such high temperatures for synthesising ammonia and extracting hydrogen means a high reliance on burning massive amounts of fossil fuels. Additionally, huge amounts of pollutants such as sulphur oxides, hydrogen sulphide, carbon monoxide and combustion waste products (eg, nitrogen oxides, hydrocarbons, particulates) are produced, although modern factories are required to use industrial scrubbers to remove them before venting into the atmosphere.

Another issue is run-offs, where synthetic fertilisers are washed away by rainwater into lakes, streams, and rivers. The high levels of nitrogenous compounds and other nutrients pollute waterways and surrounding areas, and have already wrought immense environmental damage.

Sadly, there is no real alternative to the Haber-Bosch process to produce ammonia in the quantities needed for the modern fertiliser industry. Currently, the process is used to produced 2,200 tonnes of ammonia every day. It is the largest scale chemical process in the world in terms of energy consumption and use of fossil fuels.

Ammonia production releases more than 420 million tonnes of CO2 into the atmosphere each year, which accounts for 1.6% of total global GHG emissions. This makes the Haber-Bosch process the biggest global producer of atmospheric GHG pollution in the chemicals industry.

It also means that much of our food production is part of the fossil fuel industry.

There may be some future options for manufacturing carbon-free ammonia. Using renewable energy, a pilot plant has been able to split water into hydrogen and oxygen and power a Haber-Bosch process to produce ammonia. However, the output volumes are low and production costs are high, so it is currently not economically feasible to scale this technology up.

At this juncture, it is worth studying how nature delivers nitrogenous compounds to plants.

Mostly, this happens via a process called nitrogen fixing. A classic example is a bacterial genus called rhizobia which forms nodules in the roots of legumes. The bacteria attach to the root hairs of the legume plant which then feeds the bacteria a steady diet of glucose. In return for this food, rhizobia extract nitrogen from the atmosphere to form nodules containing nitrogenous compounds which the plant can absorb.

Rhizobia have at least nine nitrogen fixing (NIF) genes specifically designed for processing nitrogen. These genes express an enzyme called nitrogenase which can convert atmospheric nitrogen and water into ammonia. Nitrogenase requires a lot of fuel to work, and rhizobia have a very specific preference for legumes which can provide the required amount of energy needed for nitrogen fixing. This means that it is generally not possible to apply rhizobia to other plant roots. 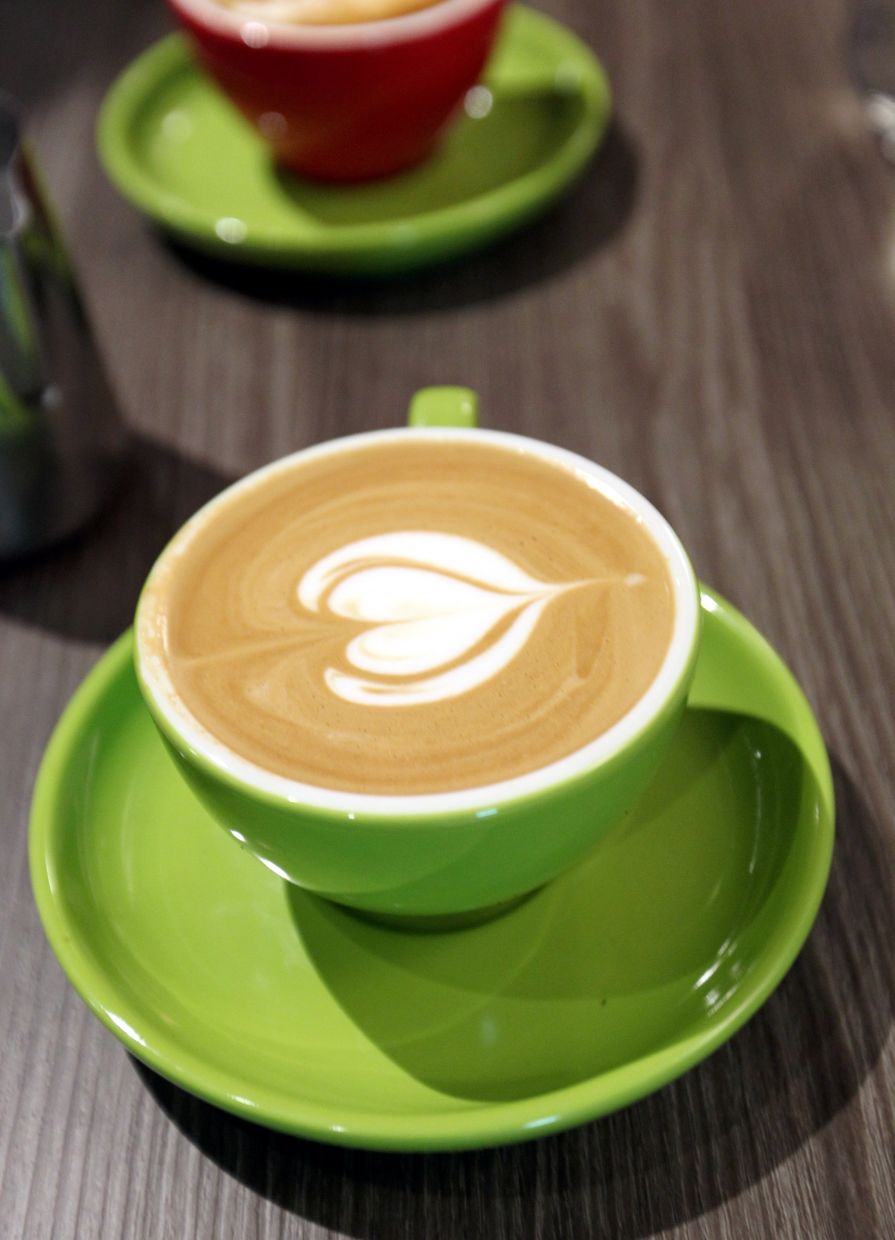 A cup of coffee has a higher carbon footprint than a small bottle of beer. — Filepic

Even so, the degree of nitrogen fixing varies significantly between different species of rhizobia. This had already been noted in the late 19th century when farmers would apply inoculants of various species of rhizobium to their legume crops to improve production of root nodules and yield. The first such product was Nitragin which was sold commercially in 1896.

There are other nitrogen fixing bacteria apart from rhizobia, and these bacteria generally have a looser relationship with other plants. One example is anabaena which is a filamentous cyanobacteria also classified as a plankton; it has a symbiotic relationship with plants like salvinia or mosquito fern. Other nitrogen fixing bacteria include azospirillum and beijerinckia which can provide more nitrogenous compounds to wheat and maize plants.

Genetic modification to bacteria such as azospirillum, aosakonia, aseudomonas, and azotobacter have improved nitrogen fixing in various crops. Perhaps the most interesting development is a genetically engineered bacteria codenamed pseudomonas protegens Pf-5 which contains a complex stretch of 52 genes including the NIF gene cluster from a bacterium called pseudomonas stutzeri. When inoculated, this engineered bacterium has demonstrated significantly increased yields in maize and wheat plants.

Whether improvements to various nitrogen fixing bacteria will lead to a genuine revolution in farming remains to be seen. Overall, it is not probable as artificial fertilisers would still deliver a much more potent dose of nutrients to the crops.

If you care about your carbon footprint (and you really should), then you might be interested in an easy way to reduce GHG pollution, and it starts with what is on your dinner plate. And this is not about eating vegan or vegetarian food, though that would be the most effective method.

Your carbon footprint is related to your choice of food.

Beef has the largest carbon footprint by far, exceeding the other big GHG producing foods such as prawns, lamb, and chocolate by two to three times. Interestingly, the highest-impact vegetable proteins such as tofu have a markedly lower carbon footprint than the lowest-impact animal-based proteins.

So, to cut your carbon footprint and help cut down on GHG emissions significantly, just skip the beef and have chicken instead. That move alone can reduce your protein carbon footprint by over 80%. You can cut down even more by substituting half of the chicken portion with some tofu or other vegetable proteins instead.

If eating chicken too often becomes boring, vary it with other meats. Even in the worst case, you will still be reducing your protein-related GHG emissions by well over 50%.

However, it must still be said that excluding all forms of animal protein from your plate is by far the best way to reduce your carbon footprint. But if that is too difficult, you now know the next optimal options to help the environment, even though they may not be perfect.

Considering the merits of spirulina and green tea
Checking if that tomato paste can still be eaten
Does the glass you use change the way a champagne tastes?
Curious Cook: Meat from air
Curious Cook: The antioxidant story
The multiple health benefits of cinnamon
If you love cocktails, watch 'Drink Masters' on Netflix
Eat earlier and within a 10-hour window for weight control
Mum’s food intake linked to child’s obesity
Mediterranean diet helps cancer immunotherapy