The lavender coconut cake with mirror glaze and pineapple ice cream topped with lime mousse and lime gel is the perfect ending to a Valentine’s day dinner.

WITH Valentine’s Day almost upon us, romantic-themed set menus abound at restaurants.

Also known as chef Buoy, Sharusmizal has infused more Asian flavours into his dishes, but in a thoughtful and subtle way.

After an amuse-bouche, the appetiser is a trio comprising salmon, rockmelon and a seafood dumpling.

The Norwegian fish is cured with vanilla, sugar, salt and citrus such as lemon and grapefruit. The tartness of the cured fish and salty fish roe was balanced with a creamy sauce and went well together.

(From left) As a palate cleanser, the Red Dragon Ginger sorbet was refreshing; the mushroom crust adds earthiness to the beef entree, which is balanced by the creamy potato, carrot and celery salad; the charcoal seafood beignet adds a pop of colour to the fish dish. — Photos: ONG SOON HIN/The Star

Buoy’s Asian infusion is prominent in the rockmelon bite as it was topped off with a mini yee sang salad.

The rockmelon itself is compressed and soaked in a kaffir lime and lemongrass syrup, while the yee sang is dressed in a marinade of apricot and orange marmalade.

While this may seem overly sweet, it was pleasantly refreshing and the flavours complemented each component.

In contrast, the seafood dumpling had a hint of spiciness from chilli in the stuffing. Crabmeat, prawns and herbs in the stuffing give flavour and texture. 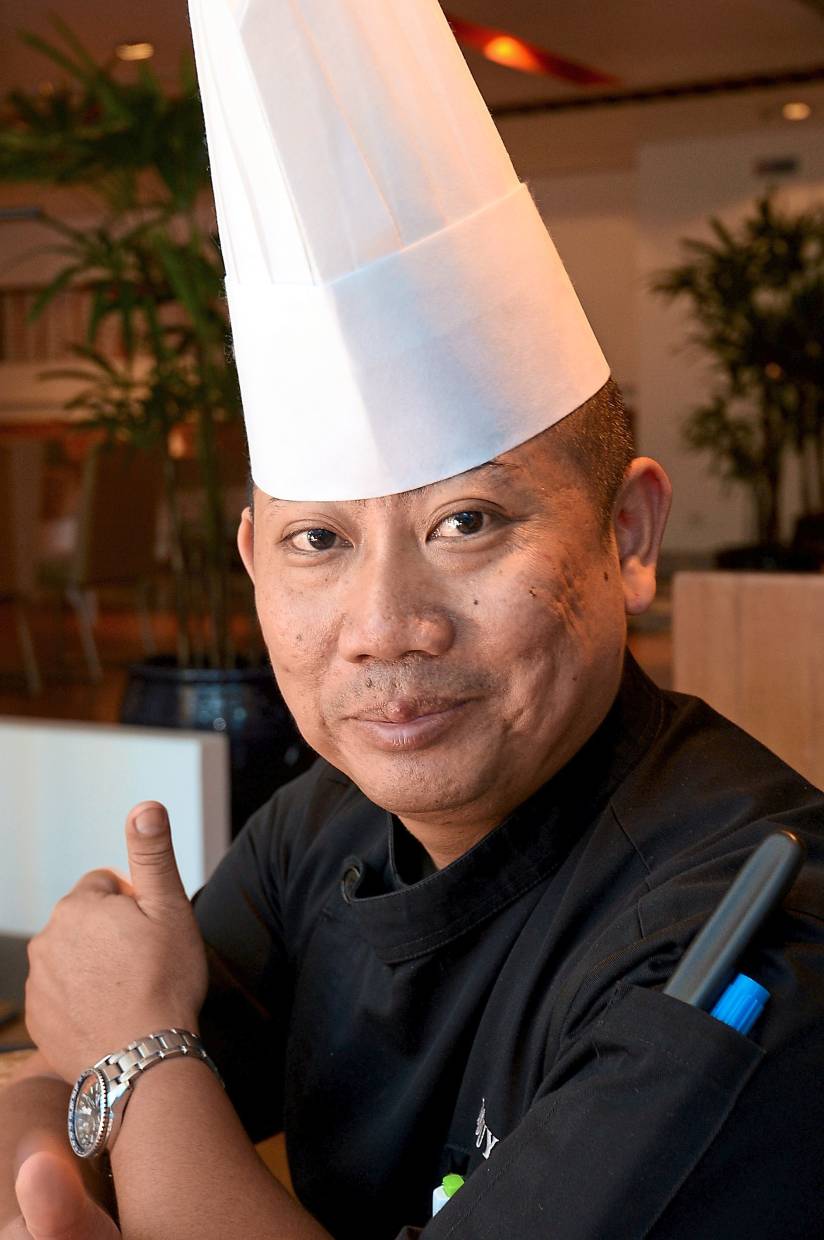 Sharusmizal has imbued his Valentine’s Day menu with Asian flavours.

After appetisers, diners will also be served a special palate cleanser in between courses. As a special Valentine’s treat, a Red Dragon Ginger sorbet fits in perfectly with the theme. Made from red dragon fruit, the sorbet was refreshing and helped to whet the appetite.

For the entree, diners have the option of a fish or beef dish.

The snapper fish is served with charcoal seafood beignet, sauteed Malabar spinach and topped with a lobster sauce.

The fresh fish was lightly pan-fried with only salt and pepper so as to not alter the taste of the meat, while the skin was still crispy.

For the beef, a crust of cep mushrooms lend earthiness to the meat, but this is balanced with a creamy potato, carrot and celery salad. Cured fish, rockmelon and seafood dumpling may not seem like complimentary flavours but surprisingly go well together.

Caraway or cumin seeds on top of the pastry give a nice aromatic element to the dish.

The Valentine’s celebration three-course dinner is only available for dinner on Feb 14 and priced at RM118 nett per person or RM178 nett per person (with wine pairing). Reservations are encouraged.