The Oriental Group is on a mission to introduce the different dimensions of classic Chinese cuisine to the public while educating them on the cultural significance of selected dishes.

This year, internationally renowned chef Jacky Lam and The Oriental Group executive chef Justin Hor have curated a menu called “A Joint Culinary Journey of 88 Years”, which showcases their combined 88 years of experience in the industry.

The promotion is sure to whet diners’ appetites as it features Macanese-style dishes by Macau Cuisine Association chairman Lam along with Hor’s culinary creations.

Lam and Hor said it took them half a year to plan the entire menu.

“We had to cook several times to get the right taste of the dishes,” they said.

The tapas are meant to whet the appetite before the meal ahead. 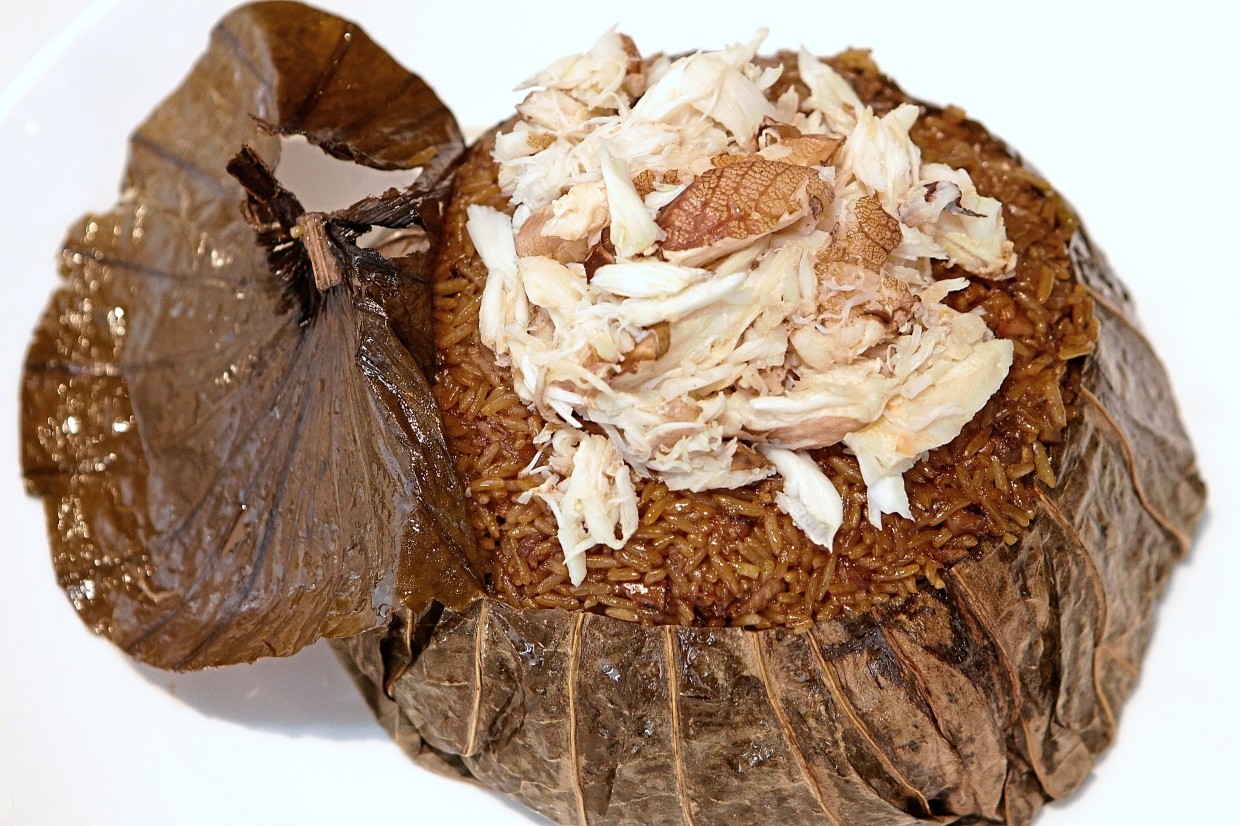 The dish is tossed generously with ginger sauce. If one likes ginger, this is a winner.

The Macau Crab Meat Cake bears a close resemblance to the puffs but with a unique twist. It has a crispy skin just like curry puffs and leaves one craving for more.

Oriental Group’s Signature Char Siew had a crispy exterior. The sweet juicy meat had a good amount of fat.

The Vinaigrette Kyuri and Black Fungus dish had a sourish taste as it is soaked in vinegar, while the Chilled Sichuan Farm Chicken dish was a little spicy with a hint of sweet and sour flavours.

Next came the Double-Boiled Superior Shark’s Fin Soup with Chicken and Preserved Vegetables.

Besides the superior shark’s fin, the star ingredients are the three types of radishes used in the dish. Two of the radishes had been pickled – one for 30 years and the other for half a year –before being hand-picked by the chefs to cook the soup.

The other was a fresh radish, which the chefs said was beneficial in reducing “heatiness” and toxins.

The soup was double boiled slowly for six hours before being served.

“For any good soup, at least three hours of double boil is required,” said Hor.

The Whole Pork Trotter with Hokkaido XL Dried Scallop, Japanese Mushroom and Quail Egg is said to be one of the iconic dishes from the Manchu Han Imperial Feast.

Lam said the entire dish represented the country where the vegetables are the land, quail eggs its citizens, fatt choi or sea moss and the dried scallop stand for the law, pork trotter signifies power or the King while the mushroom is supposed to be money and prosperity. “Back in the Qing Dynasty, bear paw was traditionally used for this dish. But we substituted it with pork,” he said.

The Braised Sultan Fish Shunde Style was an eye-opener.

The whole fish comes with a generous serving of thick broth which is boiled for many hours using ribs, chicken with garlic and Bentong ginger, and a sprinkle of coriander on top.

“The fish is first lightly fried before being braised with the thick broth. The combination of the chosen fish and the cooking style brings out the rich omega taste of the fish,” said Lam.

He also said the fish scales are intentionally left intact so the omega oil remains within the dish.

The Lotus Leaf Treasures Rice Duck Meat and Cuttlefish Meat is a must-try. Macau Crab Meat Cake bears a close resemblance to curry puffs but with a twist.

The rice is neatly wrapped in lotus leaf then steamed so that it absorbs the fragrance. It is then generously topped with fresh crab meat.

The style is similar to a popular dish from Macau and Hong Kong, but with some variations.

Desserts come in the form of Peach Resin with Snow Fungus and Papaya in Coconut and Sweet Corn Lotus Paste and Mangosteen Custard Lava.

The Peach Resin soup is boiled in coconut so the sweet soup has a fragrant taste.

Sweet Corn Lotus Paste is steamed and has a filling made from white lotus paste, macadamia nuts and sweet corn, whereas the Mangosteen Custard Lava is lightly deep fried, resulting in a chewy texture. “A Joint Culinary Journey of 88 Years” menu is priced at RM2,688 nett for a table of 10. The dishes are also available as a la carte items.

The promotion is available until Sept 22 at all participating outlets under the Oriental Group of Restaurants, except the pork-free restaurants – Seafood World, Ruyi and Yu.

Lam will be making an appearance in a series of grand dinners on selected dates.