Fancy a luxurious getaway amid enveloping greenery on some misty slopes?

Property developer NCT Venture Corporation Sdn Bhd had that vision of a holiday in the highlands when it bought 10.2 acres of freehold land in Genting Highlands to build a luxury serviced apartment.

It is perhaps by design as well that the land is on the highest point in Genting Highlands, allowing a panoramic view of the surrounding terrain.

Every unit in the serviced apartment, d’Elemen, will have a mountain view, NCT promised.

The development has three phases, the first already launched last year while the second was launched in August this year.

Founder and group managing director Yap Ngan Choy said the development was aimed largely at investors with a lease back scheme for investors to lease their units back to NCT, who will then appoint hospitality management chain Best Western to manage.

“Although we targeted investors only initially, some people have suggested they want to own their unit for short stays up there in Genting, so we changed the plans in Phases 2 and 3 to suit family holiday makers,” he said.

NCT’s plan for d’Elemen now includes 719 units to be sold to investors, from the total of 1,001 units planned for the entire development.

Phase 1 is fully sold, 30% of which are foreign buyers from Hong Kong, South Korea, China and the Middle East.

“Phase 1 handover is targeted in 2016 which ties in with the opening of the 20th Century Fox theme park when five to six billion visitors are expected per year,” Yap said, aiming to time the commencement of d’Elemen’s operations with the tourist attractions.

Phase 1 of d’Elemen has a gross development value (GDV) of RM230mil while Phase 2’s GDV is RM280mil.

Phase 2 consists of two blocks which are more than 75% sold. 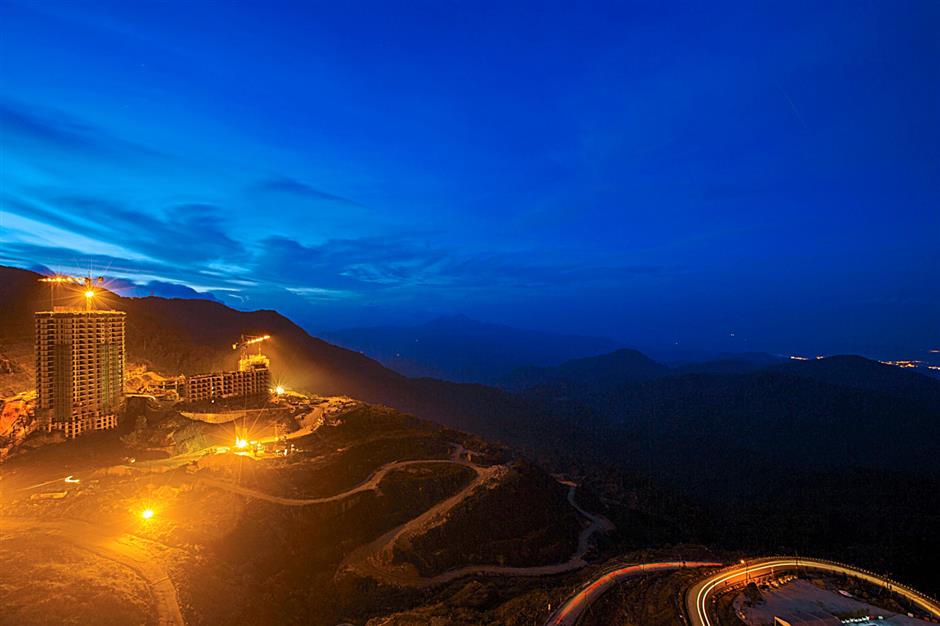 NCT Development's luxury serviced apartment in Genting Highlands stands on the peak of the highlands. The development is about 45% completed (shown in this photo).

For Phase 3, to be launched in the fourth quarter of this year, Yap implied would have some eco-friendly elements, though declined to elaborate further.

A year ago, the serviced apartments were selling for RM850psf but Yap says the current selling price is RM920psf, not far from Kuala Lumpur city prices.

Building on the peak of the highlands is no average feat — Yap admitted that the construction cost was about 30% higher than the average Klang Valley project.

D’Elemen is a five-minute drive away from Genting Highlands Resort, with a shuttle service to be provided by NCT. The site is 15 minutes away from the main township in the highlands, Gohtong Jaya. 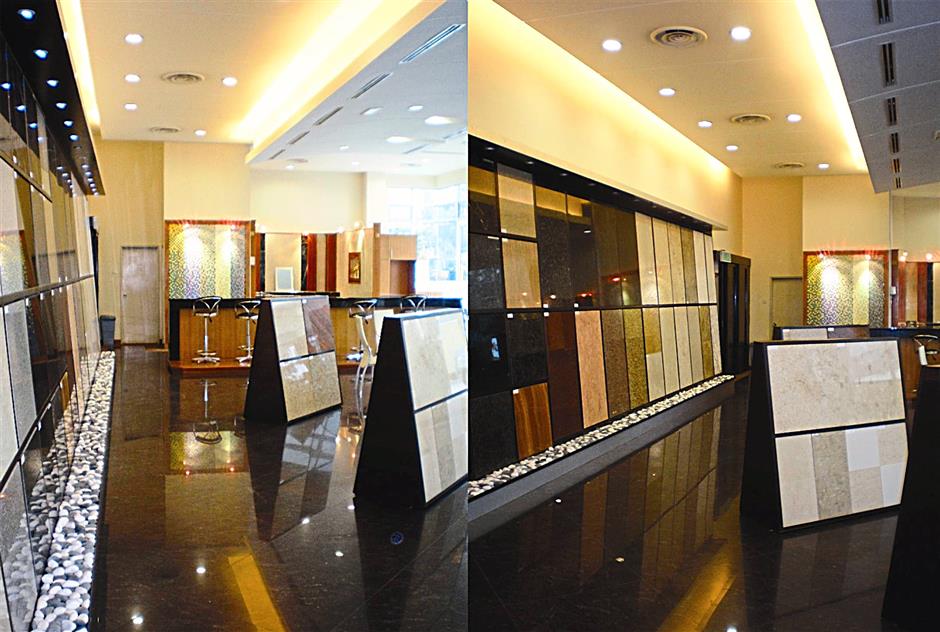 A file image of NCT's tile showroom. The company first established itself in construction and tiling before diversifying in property development.

For those who do not want to move about, the d’Elemen provides five restaurants, gym, spa, sky garden, recreational deck, eco-pavilion among other facilities.

Yap added that there is a function hall with a capacity of 800 people for sit-down dinners, opening up opportunities for hosting events or weddings there.

There will also be 1,300 parking bays for residents and visitors.

NCT may not be too familiar a name in the property developing market but it is not a new face in the construction sector where it boats a track record of building residential and infrastructure projects.

Its clients include SP Setia Bhd

Yap said NCT’s move into property development was buoyed by its two decades of steady growth in the business of building.

“We want to establish the group as a boutique developer,” he said.

From this year onwards, property development will be the group’s mainstay, contributing an estimated RM200mil of 65% of the group revenue.

“Although the local sentiment in the property market is weaker this year, but demand for luxury property especially outside Klang Valley remains strong,” Yap said.

“Malaysia is really attractive for foreign investors and a lot of them are coming in,” he added.

Another project of note is NCT’s revival of an abandoned residential project in Salak Perdana, near Sepang.

Five years ago, the group took on the challenge of rejuvenating the project which was abandoned for 15 years because it saw an opportunity in its location.

“Of the 314 acres of land we got from taking on this project, only 80 acres were taken up by the 2,500 abandoned units,” Yap said, alluding to a plethora of plans NCT can unravel on the yet untouched landbank.

“In five to 10 years, Sepang will be a booming and liveable area. It is in the middle of the Golden Triangle of Putrajaya, KL International Airport and Nilai,” he said, adding that China’s Xiamen University’s Malaysian branch as well as Chicago-based Horizon Group Properties Inc’s Kuala Lumpur International Outlet (KLIO) will be in the vicinity.

KLIO will be the first development within Sime Darby Group’s new township development there.

NCT has planned out 10 phases of development and is currently looking to launch Phase 6 at the end of this year. The first five phases are fully sold and NCT is in no rush to digest the remaining land.

It was reported early this year that NCT also has plans to launch a commercial project in Sungai Petani, Kedah in 2015. The project is a joint venture with the Kedah state government, expected to generate some RM400mil in GDV.

NCT has also worked on various infrastructure projects in Kedah.

The group also plans to go for a listing on the local stock exchange in the next three years.

“But before that, we want to build up our branding and name in the market,” Yap said.